A display of Seresto flea and tick collars at a pet store in Rochester, New York.
Aylin Woodward/Insider

After a damning USA Today investigation linked a popular flea and tick collar to nearly 1,700 pet deaths, a Congressional subcommittee is calling for the products to be temporarily recalled.

"I think that it's only appropriate in this case that the manufacturer do a voluntary recall," Illinois Rep. Raja Krishnamoorthi, chairman of the House subcommittee on Economic and Consumer Policy, told CBS News. "And I think that it's appropriate, out of an abundance of caution, that we step back, we look at the situation, investigate and proceed from there."

USA Today revealed earlier this month that more than 75,000 incidents involving Seresto collars had been reported to the EPA between 2012 and June 2020. These reports linked the collars to tens of thousands of animal injuries; 900 of the incidents involved people.

According to the EPA, which approved the collars in 2012, the Seresto collars "are made of plastic impregnated with insecticides," which are released into an animal's fur over a period of eight months. The agency does not consider those insecticides, flumethrin and imidacloprid, to be harmful to pets or humans. But a 2012 study by Bayer found that the two have a "synergistic effect" and are more toxic to fleas when paired together.

Nathan Donley, a senior scientist at the Center for Biological Diversity, told USA Today that "synergistic effect" likely applies to animals, too.

Krishnamoorthi sent a letter to pharmaceutical giant Bayer - which developed the collars - on Thursday requesting more information about the products' toxicity. He sent another letter to Elanco, the company that sells the collars, asking it to recall the products and issue refunds.

'I know these collars killed my dogs' When Karen Hufman read the USA Today report, her family was still grieving for their dog Charlie, who died in August.

"I was floored," she told Insider. "I said, 'Oh my god, now I know these collars killed my dogs.'"

Hufman said she bought Seresto collars for Charlie and her other dog, Muffin, in October 2018 and June 2019. After that second instance, Muffin, a 12-year-old Petit Basset Griffon Vendée, stopped eating. She died a month later.

Charlie, an English pointer-Beagle mix who was also about 12, got his third Seresto collar in February. Weeks later, he was diagnosed with a bladder infection, and then cancer. One study has linked dogs' exposure to certain topical insecticides - though not the ones Seresto uses - to an increased risk of bladder cancer. Karen Huffman on a paddleboard with her dog Charlie near Oak Ridge, Tennessee, September 2018.
Courtesy of Karen Hufman

"This month I finally put it together: It was the collars. It was just too much of a coincidence," Hufman said.

She added that before their deaths, both of her dogs had been in excellent health – they got exercise and ate high-quality food. Still, she doesn't have any evidence the collars were the cause of their deaths, and hasn't filed any reports to the EPA.

According to Elanco, of the 25 million Seresto collars sold since 2012, less than 0.3% have been linked to incidents.

"The recent media reports were based on raw data and cannot be used to draw conclusions on what may have actually caused the issues," Tony Rumschlag, senior director for technical consultants at Elanco, said in a statement to Insider, adding, "it is critically important to understand that a report is not an indication of cause."

Keri McGrath, a spokeswoman for Elanco, told Insider that the company is cooperating with the House subcommittee's request for information, but that "no market action, such as a recall, is warranted."

"Elanco continues to stand behind the safety profile for Seresto," she added.

The 1,700 deaths could be an undercount

Before the USA Today report, the House subcommittee members hadn't heard about any issues with Seresto products. But now they've asked Elanco and Bayer to disclose any communications they've had regarding the collars' toxicity with regulatory groups like the EPA. The subcommittee members think there are probably far more Seresto incidents than the number reported to the EPA, since those reports only represent pet owners who've realised there could be a link between the collar and their pet's issue and then filled out a form or called the agency.

"We believe that the actual number of deaths and injuries is much greater, since the average consumer would not know to report pet harm to EPA, an agency seemingly unrelated to consumer pet products," Krishnamoorthi wrote in his letters.

Hufman could be one such consumer.

McGrath said the onus isn't on pet owners to report incidents related to Seresto collars to the EPA: "That's not the expectation," she said.

Rather, Bayer or Elanco should pass information about incidents to the EPA after customers or veterinarians call the companies' hotlines. Veterinarians can also reach out directly to the EPA, she said. 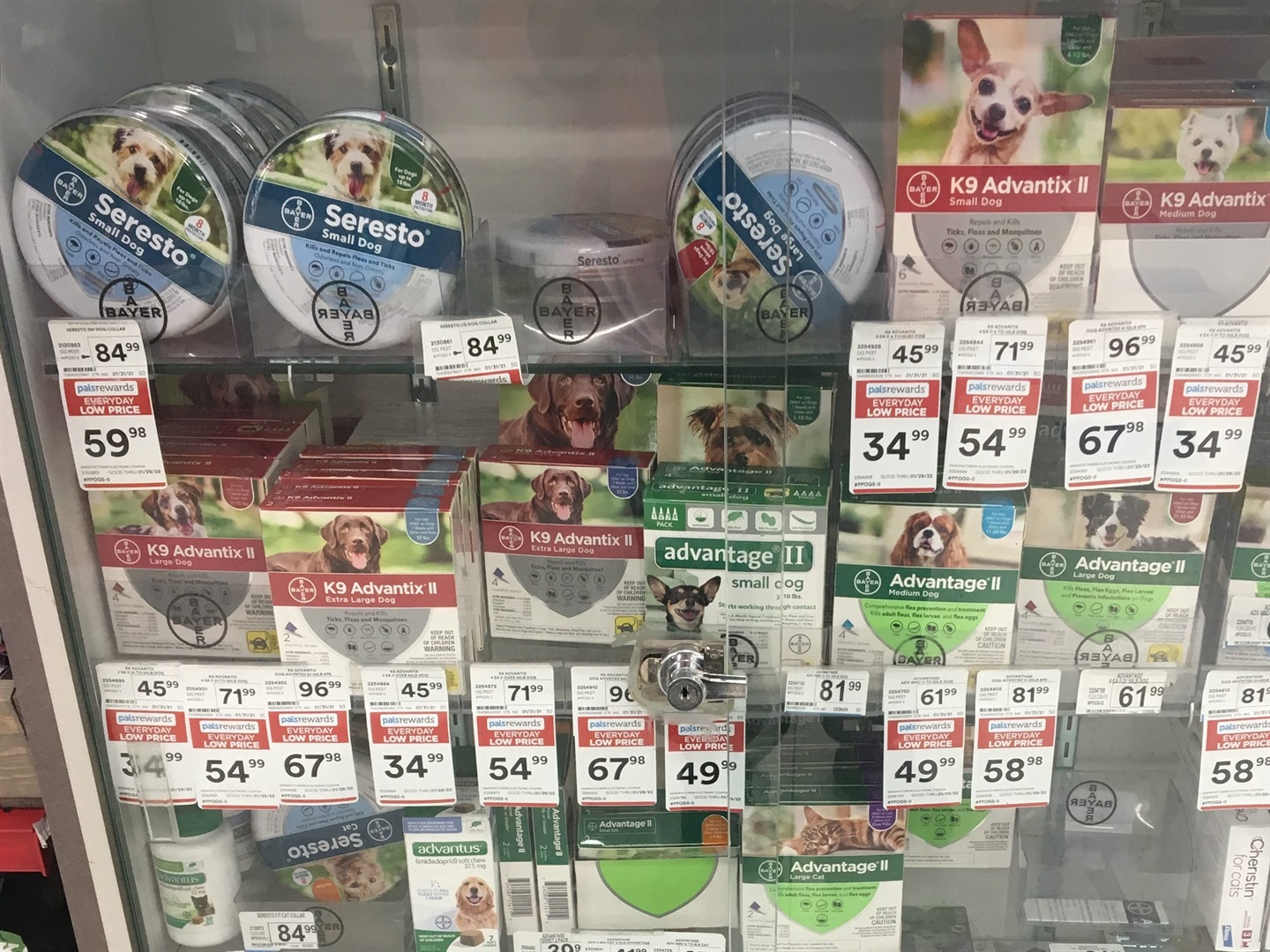 A flea and tick collar display at a pet store in Rochester, New York.
Aylin Woodward/Insider

The EPA has not issued any warnings to consumers about the collars, but an agency spokesperson told Insider earlier this month that it takes "every incident reported seriously and review these data to see whether action is necessary."

Seresto flea collars are still among the top products of their kind on Amazon and other sites like Chewy.com. Amazon spokeswoman Mary Kate McCarthy told USA Today, however, that the company will now be "looking into the product in question."

Although the Seresto collars have 4.5 stars on Amazon, some customers have left reviews describing their pets' adverse reactions. Many involved rashes on dogs' backs and necks, or behavioural changes like loss of appetite.

"They've got to stop putting these collars on the dogs," Hufman said.