1. The rand rallied a massive 1.4% overnight – it's now at R13,97/$, after the US central bank chief Jerome Powell signalled that US rates will be cut this month. Lower interest rates will make the dollar less attractive for investors, and the US currency took a hit.

2. The South African Reserve Bank (SARB) on Wednesday afternoon announced Lesetja Kganyago's reappointment as governor for another five years, and the appointment of Nomfundo (Fundi) Tshazibana and Rashad Cassim as deputy governors. Also, former Absa CEO Maria Ramos – and 11 new directors, including Irene Charnley, Sindi Mabaso-Koyana, Barbara Watson and Reuel Khoza, former chairman of Nedbank – have been appointed to the interim board of the Public Investment Corporation.

Read: What you need to know about the Reserve Bank’s new deputy governors

3. In an extraordinary affidavit filed at the South Gauteng high court yesterday, Old Mutual accused its former CEO Peter Moyo's of "inflated sense of self-importance". Moyo has launched a legal bid to be reinstated, but Old Mutual said his dismissal was fair. The company accuses him of receiving almost R31 million in dividends from a company he founded (Old Mutual is an investor) which he "did not at any stage raise" with the board chairman Trevor Manuel. The company further rejects Moyo's attempt to position himself as a whistle blower, after he raised the matter of the payment of Manuel’s legal fees by the firm in a litigation case. "This is entirely fanciful," says the affidavit.

4. The steelmaker ArcelorMittal South Africa may cut more than 2 000 jobs as the company prepares to report a loss in the first half of its financial year due to high electricity costs and weak demand.

13 of Serena Williams' most memorable tennis outfits of all time

With 23 major singles titles and four Olympic gold medals to her name, Serena Williams is well on her way to becoming the best tennis player of all time - or she's already there depending on who you ask.

Here are some of her best and most memorable looks from her past few decades as a tennis professional.

She made an entrance at her US Open debut. At 16 years old, Williams made her US Open debut wearing a white number with black accents. At the beginning of her career, she and older sister Venus were known to sport colorful beads in their hair and the yellow ones surrounding her face was perhaps our first look into the fashion icon we'd see for the next few years.

Williams brought street style to the tennis court at the 2004 US open. Williams' 2004 US-Open ensemble edged the lines of athletic streetwear, cruising her way to the quarterfinals in a pleated mini skirt. Unafraid to incorporate color into her fits, Serena rocked a bright-pink Nike two-piece at the 2004 French Open. Her number consisted of a skirt and a sleeveless crop top. Let's not forget the finishing touch - a sparkling belly-button ring. She donned a neon-green showstopper at the 2015 Australian Open. For her 2015 Australian Open campaign, Williams dazzled in a bright-yellow ensemble with pink highlights and an alluring cut-out back. It was an outfit fitting for a champion and Serena defeated Maria Sharapova in the finals to capture her 19th Major singles title.

She pushed the pop culture envelope at the 2016 Australian Open. Expressing that she desired to bring pop culture to the tennis court, Williams rocked a canary-yellow crop top with a matching pleated skirt for the 2016 Australian Open. A desire to think outside the box, Williams described her outfit as another method to push the envelope.

"I've been on tour for a long time. I've been wearing so many different designs. I just wanted to push the envelope again, just bring pop culture to tennis, kind of make it really fun."

She pushed the boundaries with leopard in Major title #21. Similar in silhouette to her bright-yellow tunic from Melbourne, Serena captured her 21st title in a Nike dress with a semi-sheer leopard pattern. Wimbledon dress code explicitly states that competitors must be in all-white for the duration of the competition; however, a little subtly never hurts. As mentioned earlier, Williams knows how to rock a pink outfit. For her 2016 US Open daytime tournament look, she wore a pleated white dress with pink accents along the skirt. Coupled with bright-pink sleeves, this was an iconic look that showcased another play on color.

Then she made a statement in pink. For her nighttime competition piece, she maintained the cut of the dress and the pink accents, but the purple dress faded into black. It's all in the details.

The transformation dress was impressive at the 2005 Australian Open. Williams marched into the 2005 Australian Open ranked number six and eager to turn heads. She competed in a lime-green and white "transformation dress," a three-in-one dress that doubles as a top and a skirt.

For her shoes, Williams did not disappoint. She wore custom-made "space boots" designed to match her apparel.

Who can forget her 2018 black catsuit? Back in 2018, Williams made a noble return to her first French Open since giving birth in a black catsuit. Following her match, Williams tweeted that she wanted to don the catsuit in support of other moms who had a tough road to recovery birthing their own children.

Ultimately, it was revealed that her French Open outfit also had health benefits, as the suit was designed to help prevent blood clots.

Shortly after, French Tennis Federation President Bernard Giudicelli banned Williams' catsuit, arguing that you "have to respect the game and the place."

The ban made headlines and, although the athlete appeared to be unfazed by it herself, Williams rocked a tutu at her next match, which fans interpreted as a pointed response.

The original catsuit turned heads in 2002. Just 15 years before her black catsuit turned heads at Roland Garros, Williams made headlines a similar, shorter black jumpsuit at Flushing Meadows in 2002. Williams also disclosed that this is one of her favorite outfits of all time. 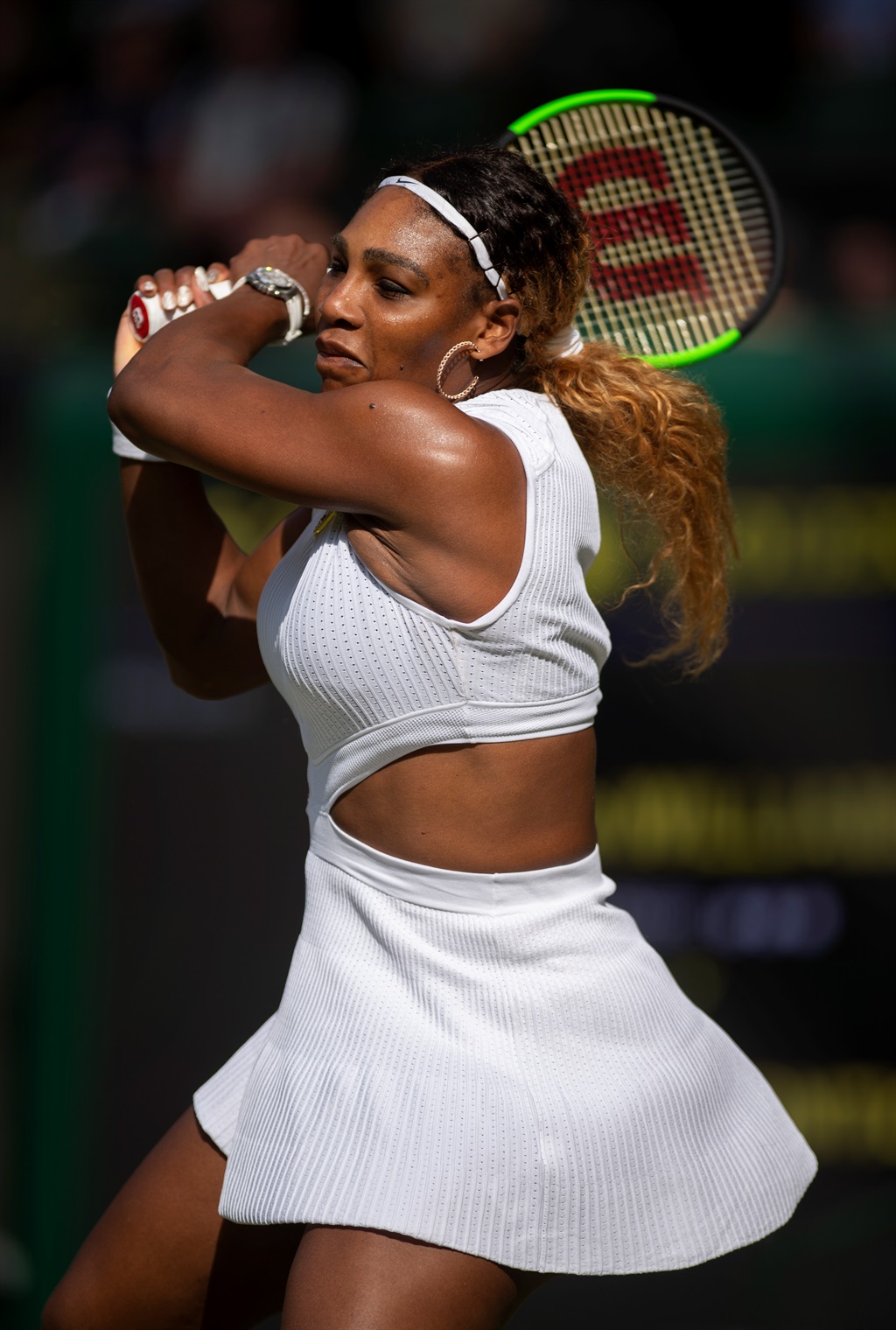 During a match at Wimbledon 2019, the tennis player wore a white dress complete with special cut-outs on the side. She accessorized the look with hoop earrings, a watch, and a matching headband.