HAVE A LOOK | Inside Facebook's first ever physical retail store Facebook is getting into physical retail for the first time, next month opening its own Meta location to offer its VR headsets and glasses directly to potential buyers as it tries to stoke interest in products vital to its metaverse ambitions.

Dubbed the Meta Store, it will open 9 May and be located in Burlingame, California, about 15 miles (24 kilometres) south of San Francisco. Along with its Quest VR headsets and Ray-Ban glasses that can record and post short videos or Stories, the Portal video-chat device will also be available at the store.

The company last year changed its name to Meta to reflect its risky shift in focus to building "the metaverse," imagined as an immersive, hyper realistic digital world, and one that requires VR hardware to participate in. 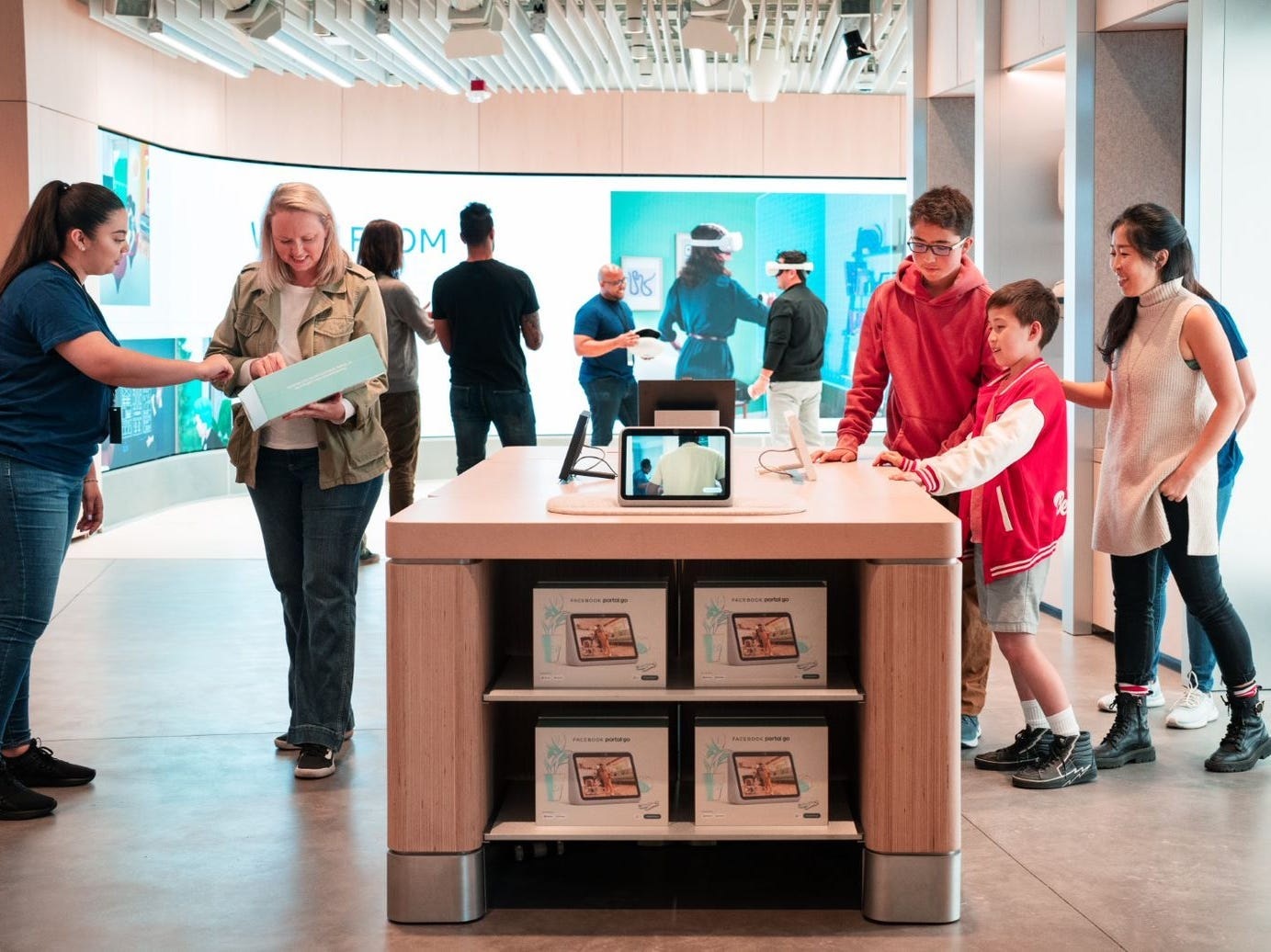 "The best way to understand virtual reality is to experience it," founder and CEO Mark Zuckerberg said in a prepared statement. He noted the new store's focus on allowing people to "demo" apps and products and creating "a sense of what's coming as we build toward the metaverse."

Last week, he posted a photo of himself using a headset in the store asking people to guess where he was. Other Big Tech companies have gone into retail, to varying degrees of success. Apple started its owned retail business in 2001 and now has more than 500 locations globally. It is considered a leader in luxury retail. Despite the pandemic, it intends to open more stores, it said last year.

Meanwhile, Microsoft closed all its retail locations for good in 2020. Google has dabbled in physical stores to show off its consumer hardware, such as Pixel and Nest devices. Amazon has made a major push into traditional retail in recent years, but the e-commerce giant has struggled so far. A major part of the new Meta Store will be offering potential customers the chance to test out Facebook's hardware in person and in an environment set up by the company. There's a large stage in the store where people can freely move while using a headset, wrapped in a floor-to-ceiling screen showing onlookers what the wearer is seeing.

In addition to the new store, the Meta website will also now include a shopping tab to sell its products online. Right now, Facebook only sells its headsets through third-party retailers like Best Buy, Target, and Amazon. The New York Times late last year reported on Facebook developing a retail strategy. Martin Gillard, who's been leading Meta's burgeoning direct-to-consumer efforts, is now head of Meta Store, the company said. A spokesman would not comment on how many other stores may open in the future, but Gillard's role suggests an expansion plan of some kind. The new store is located on a Facebook office campus, so it will not be open on weekends. Stores are usually placed in areas that get a lot of foot traffic, typically a key part of any retail marketing strategy. However, Gillard said the company wants to be able to learn quickly from users at this stage.

"It gives us more opportunity to experiment and keep the customer experience core to our development," he said. "What we learn here will help define our future retail strategy." Are you a Facebook employee with insight to share? Got a tip? Contact Kali Hays at khays@insider.com or through secure messaging app Signal at 949-280-0267. Reach out using a non-work device. Twitter DM at @hayskali .

Check out Insider's source guide for other suggestions on how to share information securely.