Anti-Trump activists are gaming Google's algorithm so that when people search for "idiot," almost all of the top results are pictures of Donald Trump.

Protesters are publishing articles on their own platforms which associate the word "idiot" with Trump, as well as sharing and upvoting articles which do the same.

The net effect of this is that the association inside Google's algorithm becomes stronger, producing photos of Trump when people input the term "idiot."

Here's what the Google image search page for "idiot" looked like on Thursday morning from Business Insider's office in London.

Eight of the first ten images show Trump's face directly. The fourth is Ash Sarkar, a protester who called British journalist Piers Morgan an "idiot" while talking about Trump.

The only top result unrelated to Trump is the ninth one, a man posing for a stock image mean to portray an idiot, which was posted to DeviantArt.

The phenomenon started organically with coverage of a campaign in the UK to get the Green Day song "American Idiot" to the top spot on UK charts in time for Trump's four-day visit to Britain last week.

Many English articles about the campaign published last week had included the word "American Idiot" in their headlines and featured images of Trump, which in turn strengthened the link between the image and the keyword.

Since then, activists have been trying to prolong the trend by manipulating Google's algorithm so that photos of Trump remain on the image search results for "idiot," The Guardian reported.

Tactics may include publishing articles containing the word "idiot" in the headline alongside a photo of Trump, writing posts that have the words "Trump" and "idiot" close to each other, or repeatedly linking certain key words to a web page or image.

This is also called "Google bombing."

People have also been upvoting posts containing a photo of him and the word "idiot" on Reddit, The Guardian said. 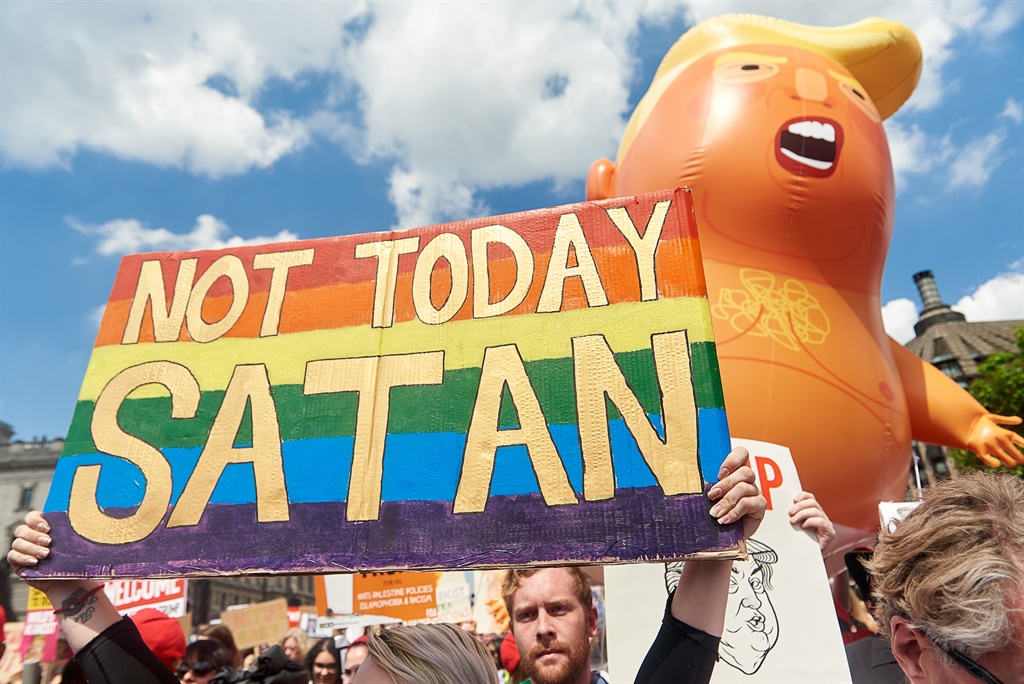 News coverage of the trend, including this article, will likely contribute to compounding the effect.

It's not clear exactly how long Google's closely-guarded, and constantly changing, search algorithms work, or how long Trump's photos would be associated with that word.

In 2009, Google gave a glimpse of how its algorithm worked after users found that image searches for "Michelle Obama" rendered a racist photo of a monkey wearing earrings.

The tech giant said in a statement at the time:

"Sometimes Google search results from the Internet can include disturbing content, even from innocuous queries. We assure you that the views expressed by such sites are not in any way endorsed by Google.

"Search engines are a reflection of the content and information that is available on the Internet. A site's ranking in Google's search results relies heavily on computer algorithms using thousands of factors to calculate a page's relevance to a given query.

"The beliefs and preferences of those who work at Google, as well as the opinions of the general public, do not determine or impact our search results."

Business Insider has asked Google for comment on this phenomenon specifically.