An underwater volcano forcefully erupted near the Pacific island nation of Tonga on Saturday with a powerful blast that was heard thousands of miles away in Alaska. Scientists said that it was likely one of the loudest events on the planet in the past 100 years, NPR reported.

"This might be the loudest eruption since [the eruption of the Indonesian volcano] Krakatau in 1883," US Geological Survey geophysicist Michael Poland told NPR.

The eruption was so powerful it destroyed an island and triggered a tsunami. To measure its force, scientists used a scale also used to assess the blast yield of nuclear weapons.

James Garvin, the chief scientist at NASA's Goddard Space Flight Center, told NPR that they came up "with a number that's around 10 megatons of TNT equivalent."

With an estimated explosive yield of 10 megatons of TNT equivalent, the volcano blast was equivalent to the force of roughly 667 "Little Boy" atomic bombs.

The ongoing eruption of Tonga's Hunga Tonga volcano appears to be the most powerful and violent eruption of the 21st century. pic.twitter.com/VK0A1kQUSq

"Little Boy" was the nickname assigned to the first of only two nuclear weapons ever used in combat. The bomb was a highly-enriched uranium bomb that was dropped from a B-29 Superfortress bomber, exploded in the air with an estimated force of 15,000 tons of TNT, and levelled Hiroshima, Japan.

In the wake of the blast, Tonga's 170 islands were covered in ash, including the airport at the capital city, Nuku'alofa, which is preventing relief flights from landing, NPR reported.

Communication with the islands reportedly remain problematic due to underwater cable damage negatively impacting both international and inter-island calls. 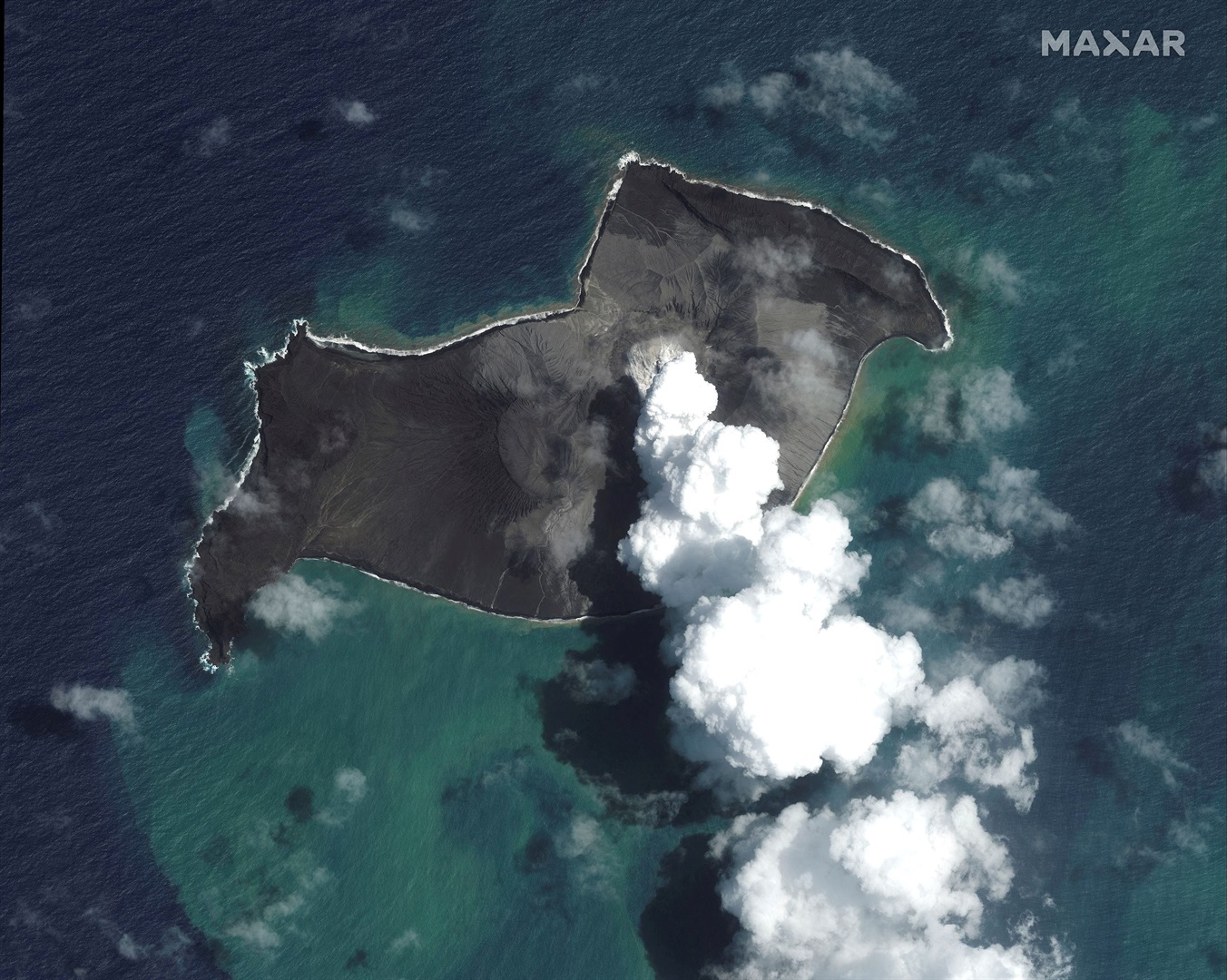 The Tongan government has confirmed that along with many injuries, at least three people were killed in this event, specifically a British national, a 65-year-old woman from Mango island, and a 49-year-old man from Nomuka island.

Tsunami waves up to 15 meters ravaged Togatapu, the nation's main island, as well as the 'Eua and Ha'apai islands. All homes were destroyed on Mango island, the government report continued, also noting extensive damage on Fonoifua and Nomuka islands.

Despite its massive force and destruction, the eruption was relatively small, USGS scientist Poland told NPR. Other explosions can expel ash for hours – like the 1991 eruption of Mt Pinatubo – but this eruption spewed ash for less than 60 minutes, NPR reported.

"It had an outsized impact, well beyond the area that you would have expected if this had been completely above water," he told the outlet. "That's the thing that's just a head scratcher."