But, through research and experimentation, they've come up with many ideas about what draws one person to another.

Below, Business Insider has rounded up some of the most compelling scientific insights about the traits and behaviours that make men more appealing to women.

None of the items on this list require you to get cosmetic surgery or do a major personality overhaul; we're talking small tweaks, like acting nicer and swapping your deodorant.

Look for the universal signals of flirtation. As she shared at Psychology Today, it goes like this:

"First the woman smiles at her admirer and lifts her eyebrows in a swift, jerky motion as she opens her eyes wide to gaze at him. Then she drops her eyelids, tilts her head down and to the side, and looks away. Frequently she also covers her face with her hands, giggling nervously as she retreats behind her palms.

"This sequential flirting gesture is so distinctive that [German ethologist Irenaus] Eibl-Eibesfeldt was convinced it is innate, a human female courtship ploy that evolved eons ago to signal sexual interest."

Look for someone "in your league." 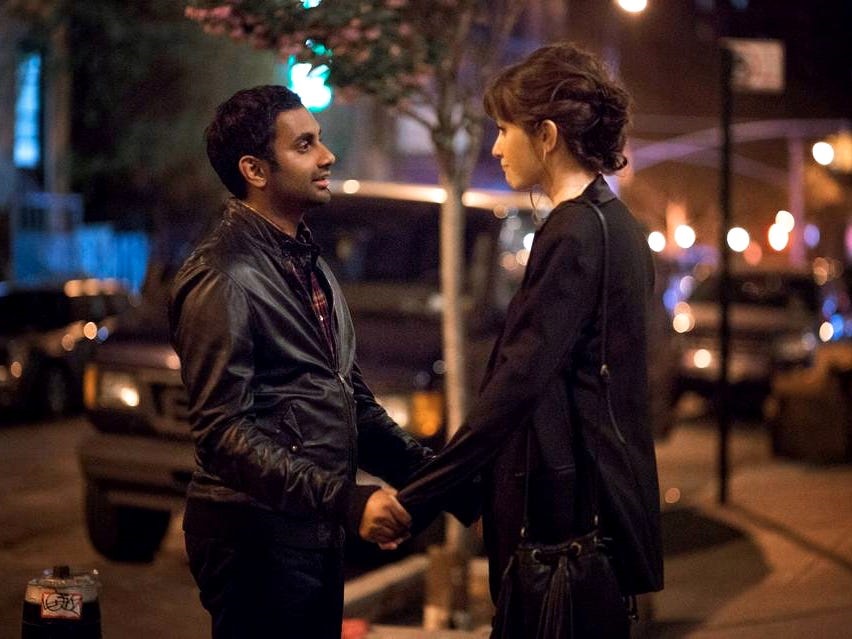 Men — and women — are attracted to people who are as attractive as they are.

In one study from 2011, researchers at the University of California at Berkeley looked at the behaviour of 60 heterosexual male and 60 heterosexual female users on an online dating site.

While the majority of users were inclined to reach out to highly attractive people, they were most likely to get a response if that person was about as attractive as they were (as judged by independent raters).

"If you go for someone roughly [equal] to you in attractiveness, it avoids two things," Nottingham Trent University psychologist Mark Sergeant, who was not involved with the study, told The Independent. "If they are much better-looking than you, you are worried about them going off and having affairs. If they are much less attractive, you are worried that you could do better."

Present yourself as high status. A 2010 study from the University of Wales Institute found that men pictured with a Silver Bentley Continental GT were perceived as way more attractive than those pictures with a Red Ford Fiesta ST.

And a 2014 study from Cardiff Metropolitan University found that men pictured in a luxury apartment were rated more attractive than those in a control group.

Interestingly, men don't seem to be more attracted to women when they're pictured in a high-status context. In a 2013 study from the University of New South Wales, researchers had 177 heterosexual men and 351 heterosexual women look at images of 10 men in one of four conditions: clean-shaven, light stubble, heavy stubble, or full beard. Participants rated the men pictured on several traits, including attractiveness.

Women said the most attractive beard length was heavy stubble.

"Facial hair correlates not only with maturity and masculinity, but also with dominance and aggression," write authors Barnaby J. Dixson and Robert C. Brooks.

"An intermediate level of beardedness is most attractive," they add.

Build muscle (but not too much). In a 2007 study from University of California, Los Angeles, 286 women looked at pictures of shirtless men and indicated which ones seemed like they would make the best long- and short-term partners.

Results showed that women were more likely to want short-term relationships with the guys who had big muscles.

The evolutionary signal that might be at work here?

Characteristics like muscularity are "cues of genes that increase offspring viability or reproductive success," say authors David A. Frederick and Martie G. Haselton.

But Frederick and Haselton took away another telling finding: Less-muscular men were thought to be a better fit for long-term relationships. So if you want to catch a woman's eye and hold her attention, you may be better off not going overboard. One of the best documented findings in psychology is the halo effect, a bias where you unconsciously take one aspect of somebody as a proxy for their overall character. It's why we think beautiful people are good at their jobs, even when they aren't necessarily.

As psychologist and writer Scott Barry Kaufman notes, the halo effect works in other ways, too.

In a 2014 Chinese study, more than 100 young people looked at images of men and women's faces and rated them on attractiveness. Each face pictured was paired with a word that described either a positive personality trait — like kindness or honesty — or a negative personality trait, like being evil or mean.

Results showed that the people described with positive traits were rated more attractive. A 2010 cross-cultural study — with participants from China, England, Germany, and the US — found that women are most attracted to men wearing red.

In one experiment from the study, 55 female undergrads looked at a colour photo of a man in either a red or green shirt, and then rated the man's attractiveness.

Sure enough, the man was rated significantly more attractive when he was wearing a red shirt. The results were similar when researchers compared the red shirt to other colour shirts as well.

Interestingly, participants generally weren't aware that the man's clothing colour was influencing their perceptions of his attractiveness.

In one 2006 study published in the journal Evolution and Human Behavior, researchers asked undergraduate students (who didn't indicate their sexual orientation) to say how much they valued a partner's ability to make them laugh and their own ability to make their partner laugh. In a 2014 experiment from the Ruppin Academic Center in Israel and the University of Michigan, 100 Israeli women read vignettes about men.

Whenever the story featured a cad who owned a dog, women rated that man as a more suitable long-term partner than a cad who didn't own a dog. Cads with dogs were even rated slightly more attractive than dads with dogs.

The researchers concluded that owning a pet signals that you're nurturing and capable of making long-term commitments. It can also help you appear more relaxed, approachable, and happy.

In a 2014 study, researchers at the University of Sussex asked about 1,500 women (whose average age was 28) to listen to simple and complex pieces of music and rate the attractiveness of the composer. In 2015, Australian researchers studied undergrads participating in a speed-dating session, and found that mindful men tended to receive higher attractiveness ratings from women.

Before the session began, 91 students were asked to fill out a mindfulness questionnaire in which they indicated how much they agreed with statements like:

After each interaction with an opposite-sex partner, students privately indicated how "sexy" they found their partner and how much they'd like to date that person. A 2014 study led by researchers at the University of Alaska at Anchorage found that women are attracted to men who take what the researchers call "hunter-gatherer risks."

Simply knowing that you're wearing a new fragrance can make you act more confident, and even make you seem more attractive to other people.

In a small 2009 study published in the International Journal of Cosmetic Science, researchers gave one group of male undergraduates a spray with antimicrobial ingredients and fragrance oil, and provided another group with an unscented spray that didn't contain antimicrobial ingredients. Over the next few days, the men who used the scented spray reported higher self-confidence and felt more attractive.

The strange part? When a group of women were shown silent videos of the men, they found those who were wearing scented spray more attractive, even though they obviously couldn't smell them. The researchers determined that the men using the scented spray displayed more confident behaviour, which in turn made them more attractive.

Chow down on garlic.

The smell of garlic on your breath is generally regarded as an instant romance killer. But a series of studies from researchers at Charles University and the National Institute of Mental Health in the Czech Republic and the University of Stirling in the United Kingdom suggests a different story when it comes to body odour.

In one study, eight men ate a slice of bread with cheese and 12 grams of fresh garlic; another eight ate bread and cheese without any garlic. For the next 12 hours, the men wore cotton pads under their armpits and were instructed not to use any deodorants or fragrances.

The following day, all the men returned to the lab, where 40 women sniffed the pads and rated the odour on pleasantness, attractiveness, masculinity, and intensity. Results showed that the garlic group was rated more pleasant and attractive and less masculine and intense.

A 2013 study from UK researchers found that women find men more appealing when they do volunteer work.

About 30 women looked at a picture of a man with a brief description of his hobbies, which sometimes included volunteer work. The same procedure was repeated with about 30 men looking at a picture of a woman. Everyone rated how attractive they found the person pictured for a short- and long-term relationship.

Both genders rated the person pictured as more attractive for a long-term relationship when they were described as a volunteer — but the effect was stronger for women rating men.

Show off your scars. That scar on your chin from when you fell off a bike could help you attract a mate.

In a 2009 study, researchers at the University of Liverpool and the University of Stirling took photos of 24 male and 24 female undergrads. They digitally manipulated half of the images so the subjects appeared to have facial scars — for example, a line on the person's forehead that looked like the result of an injury.

Then the researchers recruited another group of about 200 heterosexual male and female undergrads to rate all the people pictured based on attractiveness for both short- and long-term relationships.

Results showed that men with scars appeared slightly more attractive for short-term relationships than men without scars. Women, on the other hand, were perceived as equally attractive regardless of whether they had scarred faces.

Use open body language in your online dating photo. In one experiment included in the study, the researchers created profiles for three men and three women on a GPS-based dating app.

In one set of profiles, the men and women were pictured in contractive positions — for example, by crossing their arms or hunching their shoulders.

In the other set of profiles, the same men and women were pictured in expansive positions, like holding their arms upward in a "V" or reaching out to grab something.

Results showed that people in expansive postures were selected as potential dates more often than those in contractive postures. This effect was slightly larger for women selecting men.

In one experiment included in the study, researchers had nearly 900 North American adults look at photos of opposite-sex individuals online.

The researchers were specifically comparing people's perceptions of expressions of pride, happiness, shame, and neutrality (other people had already identified the emotion behind the expression in the photo). For women evaluating men, the most appealing expression was pride, and the least appealing was happiness.

Even weirder, an expression of shame was relatively attractive on both men and women.

Related Links
A beauty influencer is being accused of 'fatphobia' after she called a model's weight...
10 benefits of being attractive, according to science
7 signs your body language is sending the wrong message
Next on Business Insider
I stayed at Dolly Parton's DreamMore Resort in Tennessee and here are 7 things that surprised me