A US citizen lost a bitter custody battle with her Saudi ex-husband over their 4-year-old daughter, exposing the harsh realities of the kingdom's legal system 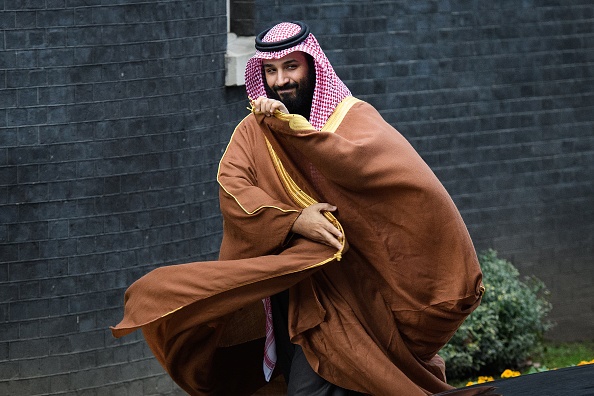 A custody battle between a US citizen and her ex-husband over their 4-year-old daughter in a Saudi court has exposed the harsh realities facing women in the country's legal system.

The ruling was made despite video evidence allegedly showing him verbally abusing her and taking drugs in front of the child.

Vierra was granted a divorce from al-Haidari in 2017, and has been engaged in a bitter legal battle with the Saudi businessman since November 2018.

On Sunday the judge ruled Zaina would reside exclusively with her grandmother because Vierra wasn't a Muslim and because evidence allegedly showing al-Haidari smoking hashish wasn't valid as it had not been witnessed by a man.

The judge said in his ruling: "Since the mother is new to Islam and a foreigner in this country and embraces customs and traditions in the way she was raised, we must avoid exposing Zaina to these traditions."

The case highlights both the Kingdom's opressive guardianship system and difficulties women face in the courts.

Under the system, women are considered second-class citizens and have the same rights as children. Women need male permission to leave the home, get married, and to travel abroad.

Vierra's story rose to prominence after The New York Times reported al-Haidari was using his power as Vierra's legal guardian to prevent her leaving the country with Zaina.

On Sunday, the judge disregarded evidence against Vierra's husband because he swore to Allah he had not committed an offence.

Vierra's husband had previously used his power as her legal male guardian to prevent her from taking Zaina to visit family in Washington state.

Last week Saudi Arabia hinted it would amend the guardianship law pertaining to women needing permission to leave the country, after a global backlash to the government's Absher app, first revealed by INSIDER.

Vierra moved to Saudi Arabia in 2011 to teach at a women's university. While there, she met al-Haidari. They married in 2013 at a destination wedding in Portugal. Vierra now runs a yoga studio in Riyadh.