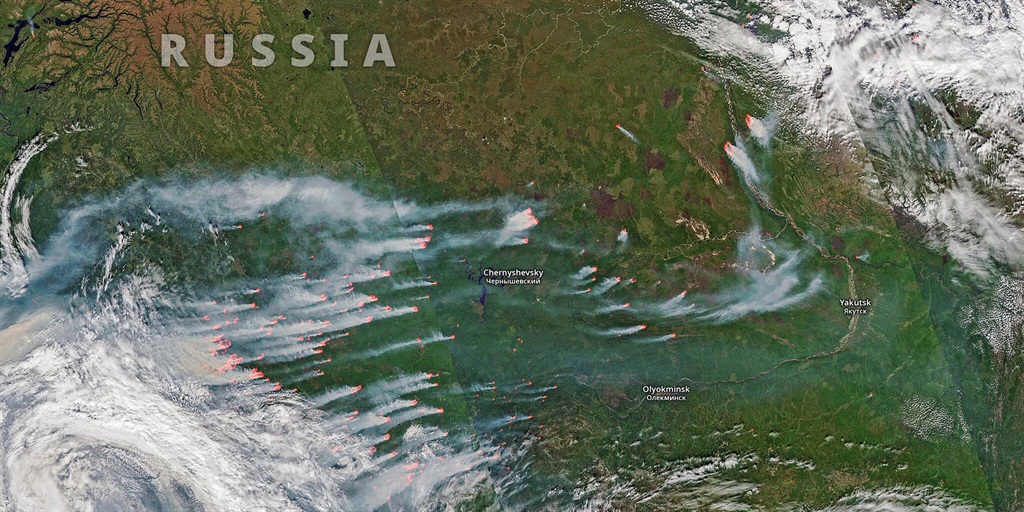 Vast areas of the Arctic have been engulfed in flames in wildfires that experts have called "unprecedented," new satellite photos show. The World Meteorological Organization warned in a recent report that conditions in the Arctic are "unprecedented."

It said unusually hot and dry conditions in the northern hemisphere have created the ideal conditions for wildfires.

"Climate change, with rising temperatures and shifts in precipitation patterns, is amplifying the risk of wildfires and prolonging the season," the organisation wrote.

Since the beginning of June, the Copernicus Atmosphere Monitoring Service (CAMS) observed more than 100 intense and long-lasting fires in the Arctic Circle, the report said.

It said the total carbon dioxide sent into the atmosphere was more than the entire annual emissions of the nation of Sweden.

Wildfires are common in the northern hemisphere in summer, but the intensity and longevity of these fires is unusual it said, quoting its wildfire expert Mark Parrington.

Several reports released this week confirmed that June was the hottest month on record. The US National Oceanic and Atmospheric Administration (NOAA) said in a report on Thursday that nine of the 10 warmest Junes ever recorded have occurred since 2010.