Cooking, cash and crime: These were some of the South African bestsellers in 2020 In a year that has been dominated by uncertainty and forced self-isolation owing to the coronavirus’ pervasive spread, global trends indicate a surge in book reading as a way of passing the time.

While the print industry and brick-and-mortar retailers have been dealt a devastating knock in 2020, South African e-commerce giant, Takealot, has reported a massive boost in sales as shoppers turn to online alternatives. Two disgraced cops, Bennie Griessel and Vaughn Cupido, tasked with solving the disappearance of a Stellenbosch student, zero-in on the estate agent responsible for the sale of Donkerdrif wine estate. A bloody murder at the Cape Town Waterfront, mysterious letters and the antics of corporate crook Jasper Boonstra make for an immersive thriller in true Meyer style. Mogau Seshoene left the corporate world to pursue a career in South African cuisine and culture in 2014. “The Lazy Makoti” – the lazy daughter-in-law – which started as cooking lessons for Seshoene’s friend, a “culinary-challenged” bribe-to-be, quickly developed into a fully-fledged business.

Published in late October 2018 by Quivertree Publications, The Lazy Makoti's Guide to The Kitchen takes a simplified look at cooking, with easy-to-find ingredients and uncomplicated recipes.

“I’ve found that what most people want is simply to learn to prepare delicious and visually appealing food – the kind that will gain likes on social media – which is what inspired this cookbook,” says Seshoene.

3. Manage Your Money like a F*cking Grown Up by Sam Beckbessinger Multitalented author, Sam Beckbessinger, who has written “weird horror stories” and kids' TV shows, turned her attention to personal finance advice in 2020. Manage Your Money like a F*cking Grown Up addresses some of the common financial mistakes encountered by millennials.

“We never have to pass a test to get our Money Licence before we can take a new credit card for a drive,” explains Beckbessinger. “Most of what we learn about money comes from advertising or from other people who know as little as we do.”

The self-help book, published by Jonathan Ball back in February 2018, is labelled as “the best money advice you never got” and deals with topics like compound interest, inflation, negotiating a raise, and much more. What started as a successful Facebook group founded by Rita Venter, Banting 7 Day Meal Plans, which was inspired by the hugely successful low-carb bible, the Real Meal Revolution, developed into a cookbook in 2019.

Featuring 100 recipes, voted best by 1.6 million followers of the Facebook group, Banting focuses on tasty cooking on a budget while still keeping with the low-carb philosophy.

“They are not scientists, doctors, or nutritionists but decided to take back their health and help others do the same,” Quivertree Publications said of authors Venter, Natalie Lawson, and Kim Blom. Ayanda Mangubane Borotho, best known for her lead role in the popular SABC1 sitcom Nomzamo and current role on Isibaya, has detailed her journey in a personal memoir. Published in September 2019, Unbecoming to Become divulges intimate details of Borotho’s life.

From growing up in the impoverished streets of Ntuzuma, on the outskirts of Durban, to being ostracised for falling pregnant out of wedlock, Borotho confronts social expectations and cultural conditioning as a black woman in the white male-dominated corporate environment.

“By unlearning and reflecting on the untrue narratives girls and women are told and taught about themselves and learning a different truth, girls and women can begin the 'Unbecoming To Become' journey of restoring their identity, reclaiming their power and redefining their self-worth,” says Protea Publishers of Borotho’s memoir. Paying homage to Cape Malay cuisine and culture, twin sisters take readers on a personal culinary journey with Cape, Curry & Koesisters. Linking recipes to childhood memories of growing up on the Cape Flats, this book puts the emphasis on home cooking with easy-to-follow, quick and affordable recipes.

Published by Human & Rousseau in March 2019, Cape, Curry & Koesisters has been listed as the quintessential guide to Cape Malay cooking. With a history dating back to 1951, Kook en Geniet has sold over half a million printed copies and is regarded as a classic South African staple when it comes to home cooking. In addition to the more than 700 affordable, “tried and tested” recipes, Kook en Geniet offers kitchen tips and tricks.

The latest edition by S.J.A. de Villiers, published back in 2009, remains a firm favourite with Afrikaans audiences and continues to top best-selling charts year-on-year. 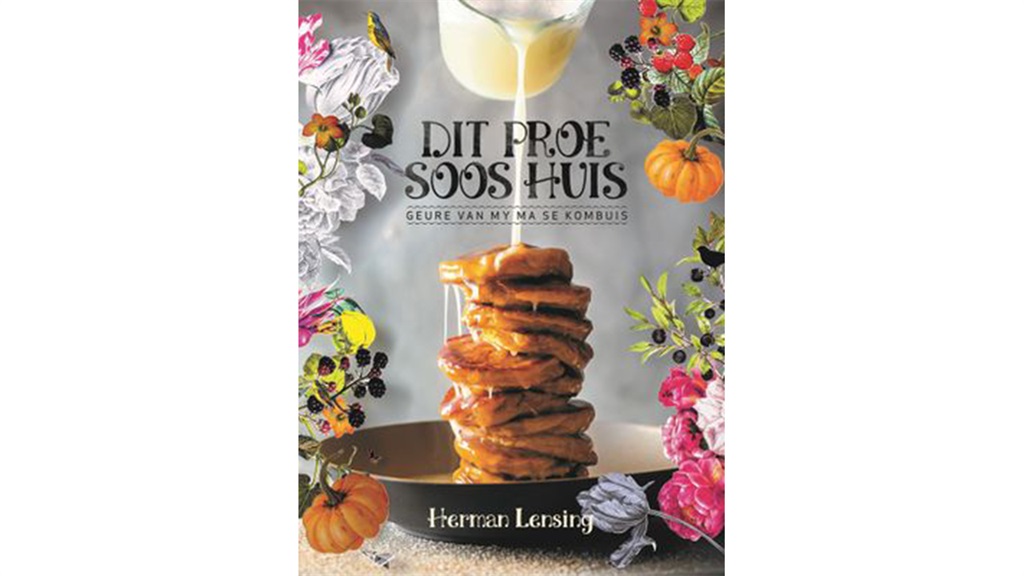 Literally translated to “it tastes like home”, Dit Proe Soos Huis is the latest offering by acclaimed food writer, Herman Lensing. As an ode to his mother’s favourite recipes and associated stories, Lensing’s cookbook is as much about childhood memories as it is about the homestyle cooking which weaved those memorable moments together. The Stellenbosch Mafia, written by News24 assistant editor Pieter Du Toit and published by Jonathan Ball in July 2019, continued to attract new readers in 2020. A look inside the opulent and shadowy world of the “billionaires’ club” – dominated by Johann Rupert, Jannie Mouton, Markus Jooste, Christo Weise, and others – The Stellenbosch Mafia studies one of the wealthiest towns in South Africa.

“Julius Malema refers to them scathingly as ‘The Stellenbosch Mafia’, the very worst example of white monopoly capital,” says Jonathan Ball. “But who really are these mega-wealthy individuals, and what influence do they exert not only on Stellenbosch but more broadly on South African society?” Makhu says she wrote the book to help millennials “get out of debt and stay debt free; invest their money; and, ultimately, live their best life”.

Related Links
11 books to help grow your career during a recession
The 10 best books of 2020 so far, according to Amazon's editors
You can now order from Exclusive Books on Uber Eats
Read more on:
bookstakealotreading
Daily Email Newsletter