Could Samsung use lasers to measure heart rate, blood pressure, and other vital health signs? That's a question Galaxy fans were asking in 2016 shortly after a Samsung patent for just that surfaced at the US Patent Office.

But of course, a patent doesn't mean the company is working on a product, and years passed without additional clues about a new kind of health sensor making its way into one of Samsung's smartphones or smartwatches. But a recent trademark filing suggests that Samsung may have continued working on the "laser speckle interferometric system" described in the 2016 patents.

Last week, Samsung filed for the trademark "Samsung Speckle" in Europe. We were tipped to the filing by Brian Conroy, who goes by the name Trademark Ninja.

Samsung's trademark filing doesn't contain much when it comes to revealing information, but the name certainly sounds like it's intended for a device of some sort. The application is for these kind of goods:

Of course, speckle is a word with a meaning, it's not a made-up term for a product. It means "a mark with a large number of small spots or patches of colour" or a "random granular pattern."

So the trademark could apply to lots of other stuff, including ultrasound machines that Samsung makes that have a feature that includes "reduced speckle." The trademark could be about medical equipment, although Conroy said it was filed by the same trademark agency that handles Samsung Electronics trademarks for products like TVs and smartphones. It could even be a reference to Samsung's sparkly gadgets covered with Swarovski crystals.

But since 2016, Samsung has applied for several other patents that build on the concept of shining a laser at skin, looking at the speckle pattern, and then using that to, say, authenticate the user.

The Apple Watch currently uses LED lights to measure heart rate and authenticate the wearer. It could make sense for Samsung's speckle sensor to be included on a smartwatch. Android Central reports that Samsung is rumoured to release a new smartwatch called Samsung Galaxy Watch relatively soon, also based on recent trademarks.

Samsung didn't reply to a request for more information. So ultimately, we don't know what Samsung Speckle is about. 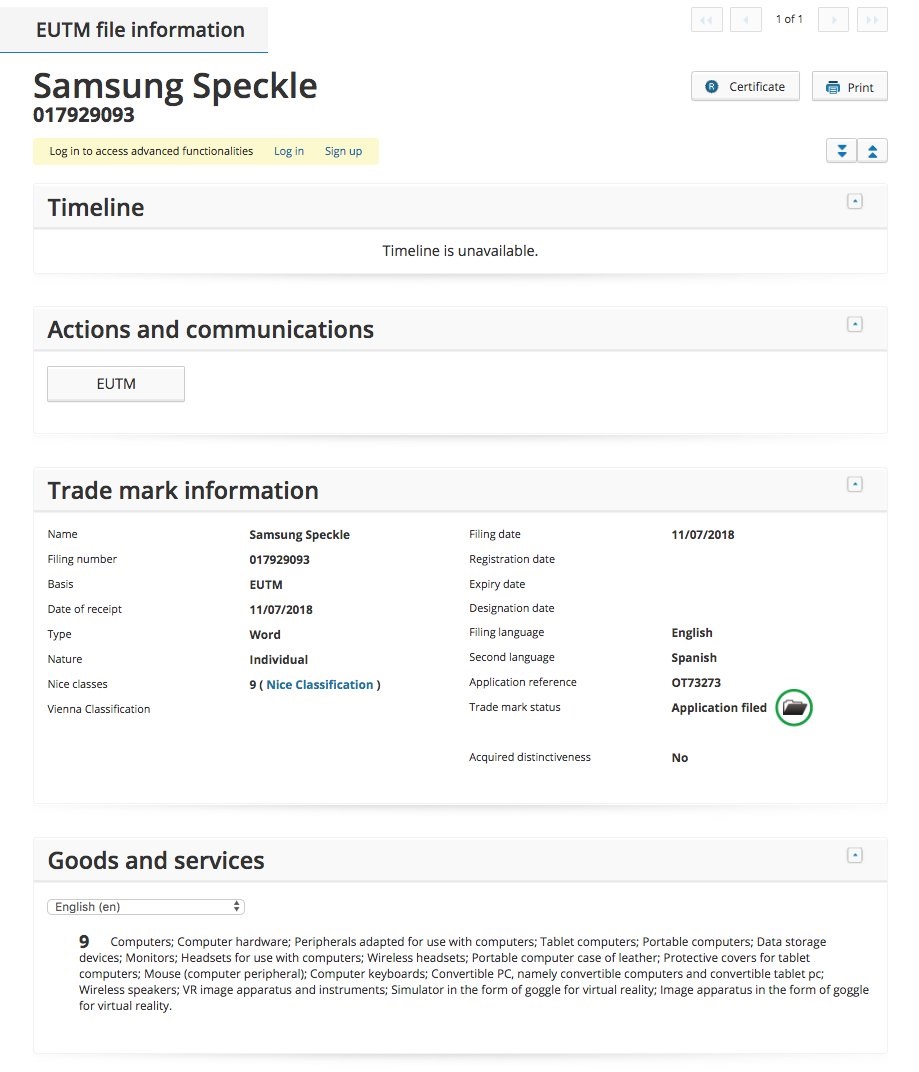