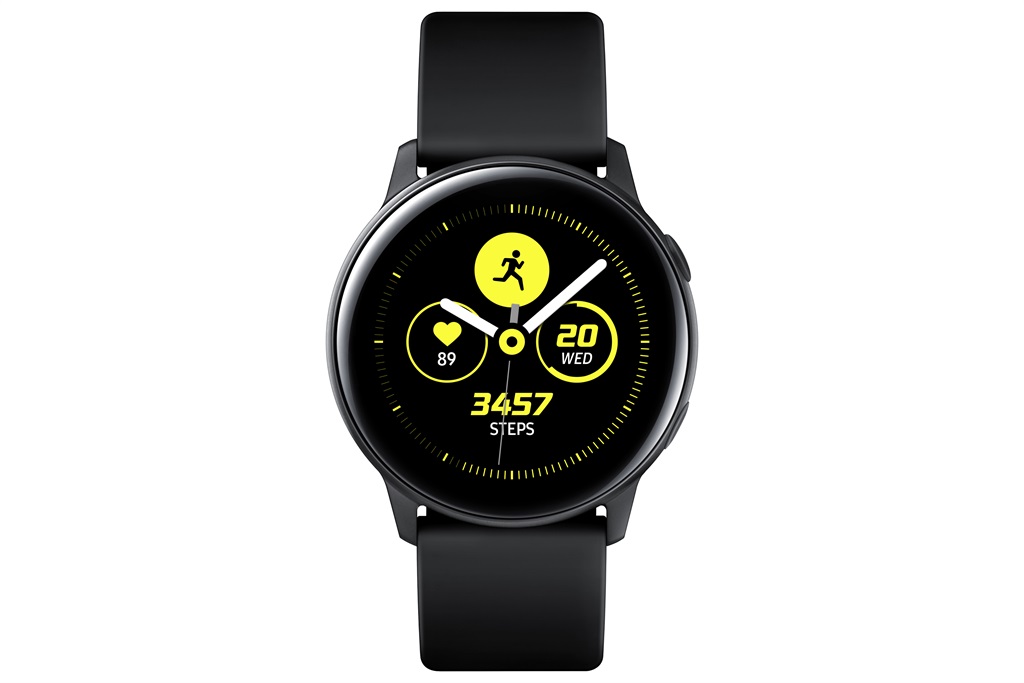 The Galaxy Watch Active comes in a single size with a 1.1-inch display and a total diameter of 40mm. The device weighs 25 grams and has two buttons on the right side of its face. Samsung is offering a choice of four colors: midnight black, blue, silver, and rose gold. Like other smartwatches, the bands of the Galaxy Active Watch can be swapped out and customized.

Samsung revealed the Galaxy Watch Active on Wednesday alongside the latest version of its flagship smartphone, the Galaxy S10. The company also announced the Galaxy Fit, a small water-resistant band with a pedometer and heart rate tracker.

The first Samsung Galaxy Watch was released in August 2018 as a follow up to the Samsung Gear line of smartwatches. Overall, the new Galaxy Watch Active is slightly smaller than the standard Galaxy Watch and the Apple Watch.

The new watch can monitor the wearer's heart rate and track a variety of exercises, integrating with Samsung's Galaxy Wearable app for advanced tracking. The smartwatch comes with standard 3G LTE and Bluetooth support, and can charge wirelessly using Samsung's proprietary charger.

Unfortunately, the Galaxy Watch Active will lose access to some features when paired to an iPhone. Apple's iOS operating system will prevent users from being able to answer iMessages on the watch, but the Samsung Watch app will help manage fitness features.

Pre-orders for the Galaxy Watch Active will be available on Samsung's official website, starting at $199. The original Galaxy Watch remains available in two sizes, 42mm and 46mm, and starts at $329.