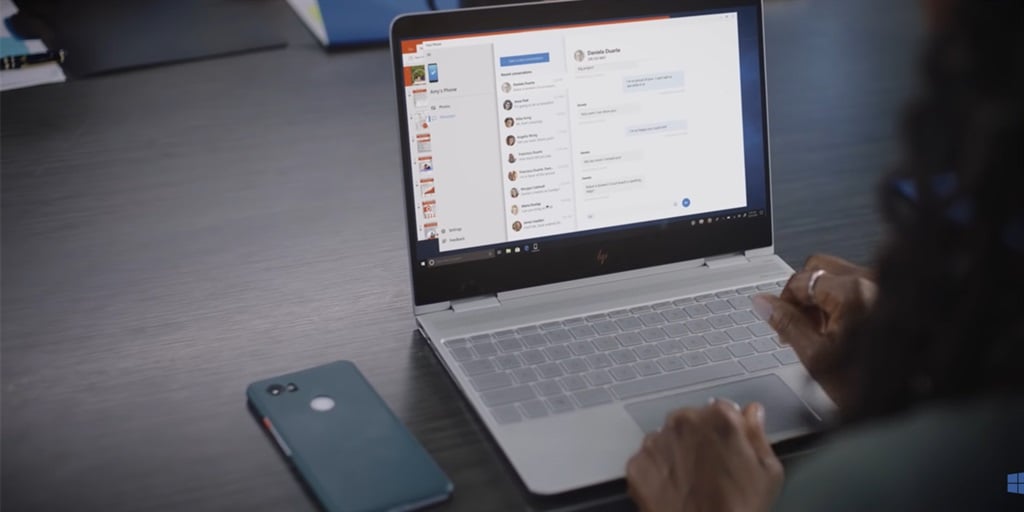 Samsung and Microsoft's partnership in building out an ecosystem that can rival Apple's is getting stronger than ever.

So strong, in fact, that Microsoft CEO Satya Nadella made a surprise appearance during Samsung's Unpacked 2019 event, where the new Galaxy Note 10 smartphone was announced on Wednesday.

The first step of the partnership is to make certain Samsung smartphone features seamless and compatible with your Windows computer.

Microsoft already has an app that's designed to let you send and receive texts from your Android phone on your Windows computer called "Your Phone." But the process of connecting your Android phone to your Windows computer was clunky, and the app wasn't that great when I first tried it at launch. It worked, but its limitation were obvious, especially after experiencing Apple's own Messages on iPhone and Mac computers. With the Galaxy Note 10, Samsung is now building in Microsoft's Your Phone connectivity to make it easier to connect the Note 10 to a Windows computer. During Samsung's Unpacked event, Microsoft showed how the Your Phone app will also let you make calls from your Windows computer in the future.

And you'll be able to mirror the Galaxy Note 10's screen onto a computer with a simple USB cable, whether it's USB-C or the old-fashioned USB-A.

The feature is essentially Samsung's previously available "Dex" feature, which let you plug your Samsung phone to a monitor, and use the phone as a sort of ultra-mobile computer. But instead of connecting your phone to a monitor, the new Dex lets you connect the phone directly to a computer. Through that connection, you'll be able to see your phone's screen and send text messages or make calls. You'll even be able to transfer files between the devices with simple clicks and drags.

The fight to free Apple users from the indispensable Apple ecosystems rages on, and Samsung and Microsoft are determined to make their own comparable ecosystem. I look forward to trying out the Galaxy Note 10's newfound compatibility with Windows computers.