With the latest specs, Samsung's Galaxy S20 phones are among the fastest Android phones you can buy right now.

A lot of that speed is thanks to the latest chip from Qualcomm - the Snapdragon 865. In addition, each Galaxy S20 phone comes with 12 GB of RAM as standard, which can easily be categorized as overkill for most people. Essentially, all that RAM will keep more of your apps open in the background, allowing them to be ready where you left off when you return to them.

And the cherry on top is the 120Hz refresh rate screen that makes just about everything on the screen look smoother and faster.

If you want to go one step further, there's a hidden option in the Galaxy S20's settings that can make the phone look and feel even faster.

What this hidden option does is cut the "animation" times on the phone in half. You see animations pretty much every time you use your phone - things like swiping around the Android operating system and even opening apps all contain animations. Without them, swiping around your phone would look less fluid and the experience wouldn't be as pleasant. But cutting down the length of the animation in half maintains that fluid experience while speeding up the overall feel of the phone.

Check out where you can find this hidden option and maximize the Galaxy S20's speed and glorious screen: Scroll all the way down and tap "About phone." While you're tapping, you'll see a notification at the bottom of the screen showing you how many more taps you have left before "being a developer." After the tapping, you'll be prompted to enter your PIN code. After you enter your PIN code, you'll see another notification telling you the "Developer option has been turned on." Now, head back to the main settings menu and scroll all the way down. Tap the new "Developer options" menu. 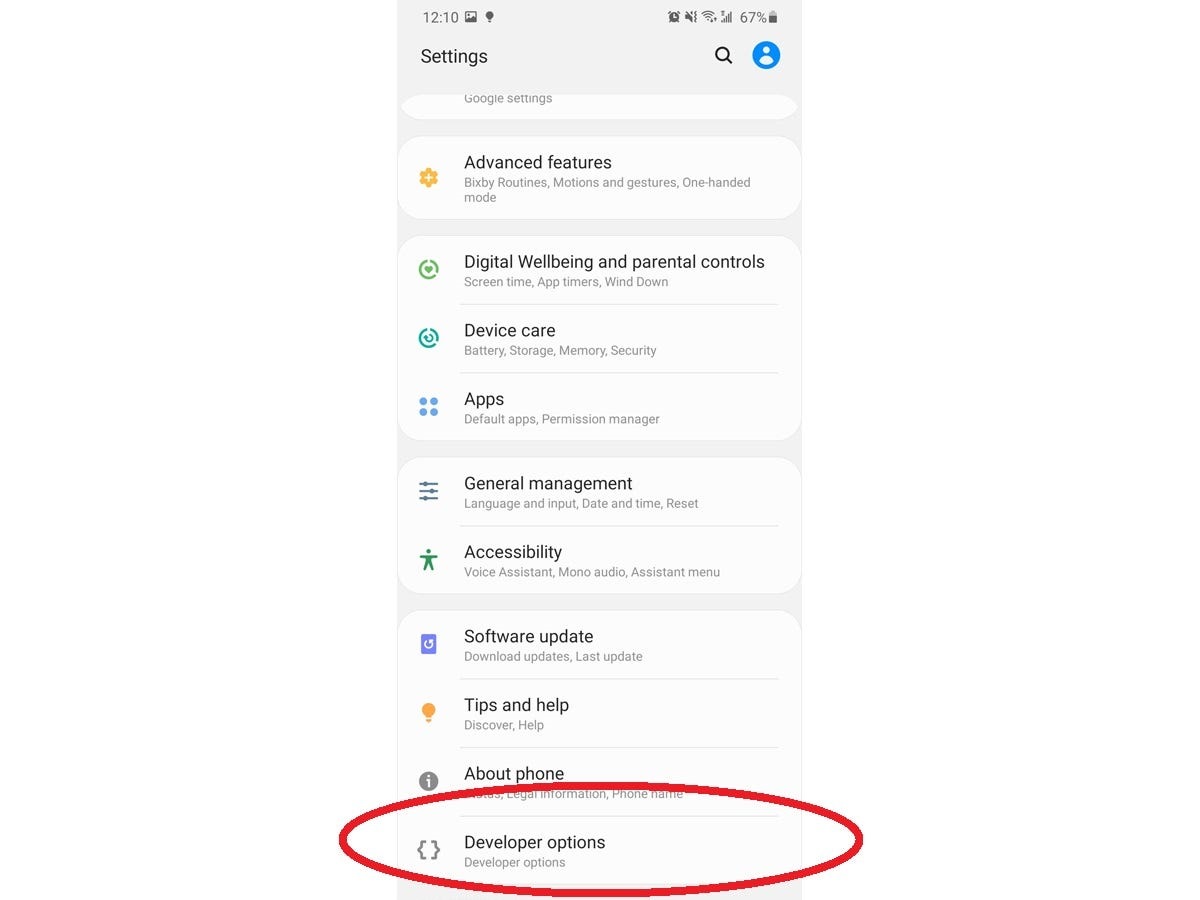 Scroll down in the developer options menu until you find the windows, transition, and animator scale settings. A quick sidenote: It might be tempting to check out all the other options and settings in the Android developer options. I would suggest staying away from playing around with all these extra settings, as I can't guarantee that the phone will work properly if you do.

Changing the animation scale settings in the developer options, however, doesn't mess with your phone at all. I've done this to dozens of Android smartphones and have never encountered an issue.

Tap each setting and set the value from 1x to .5x. Now, animations while you're swiping around Android or opening apps will be faster, giving the Galaxy S20 an overall faster and smoother look and feel that works great with the screen's 120Hz setting.