At Samsung's Unpacked event, we finally saw what the Galaxy Fold will look like, having only seen the device in the shadows when the company announced its existence in November.

We also finally saw some of the real-world applications a foldable smartphone might have, as well as the Galaxy Fold's specs and features.

When the phone is folded, the exterior display is 4.6 inches (12cm). In tablet mode, the Galaxy Fold will be able to run three apps simultaneously, Samsung said. 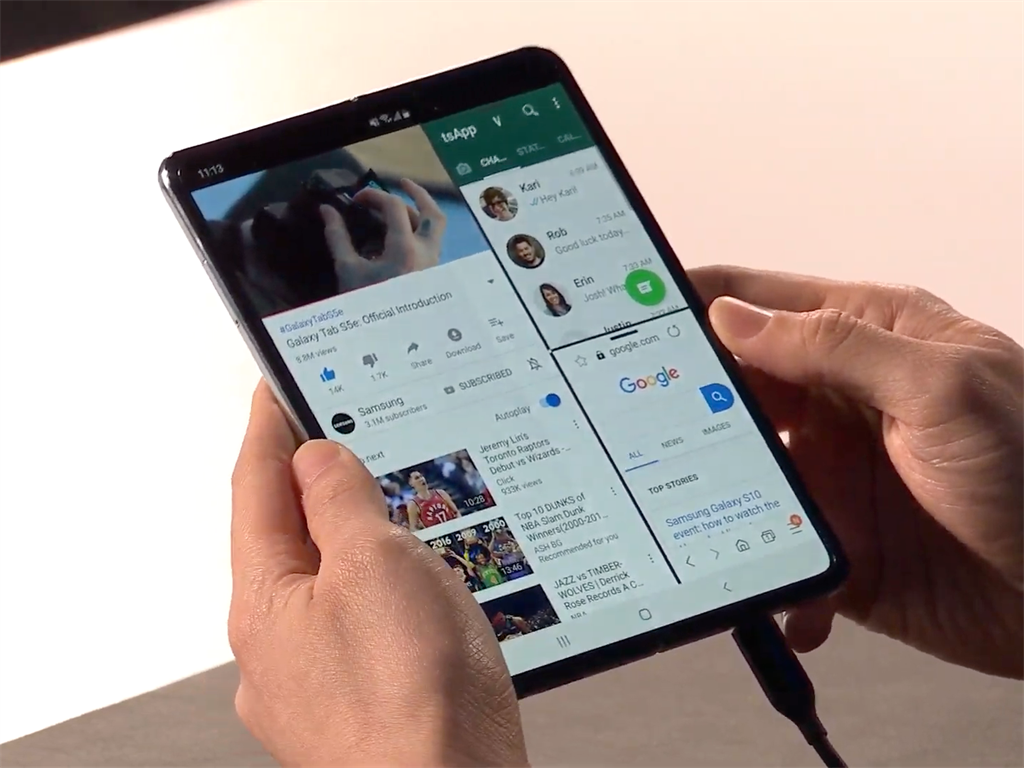 It could be great for watching videos. There are gears hidden beneath the hinge casing. The Galaxy Fold will come in four colors: black, silver, green, and blue. The hinge color can also be customized. To power the Galaxy Fold, Samsung has added two batteries, one on each side of the phone, combining to be a 4,380-mAh battery. It'll need to be pretty powerful to run all the features that come with a foldable smartphone. It's unclear what processor the Galaxy Fold will run on; Samsung mentioned only a "7 nm" processor. But we do know it'll come with a whopping 12 GB of RAM, which should help with all the new kinds of processes the Galaxy Fold will be doing, like switching between folded and unfolded mode and running three apps at the same time.

The Galaxy Fold will come with 512 GB of flash storage, which Samsung says will make for fast performance.

In total, the Galaxy Fold will have six cameras: three on the back, two inside, and one on the front.