Look at how strong the magnets are inside Samsung's Galaxy Fold

Samsung's Galaxy Fold is getting ready to ship next week.

There's a lot to say about this phone - like how the screens on several Galaxy Fold review units have broken in less than two days of use.

Anyway, that massive caveat aside, the Galaxy Fold is actually pretty cool!

One of its neatest tricks is the magnet system inside the phone, which gives a satisfying snap when you open or close the clamshell phone. To understand it, it's really best to see it in action. All of the visuals here come courtesy of Marques Brownlee from the MKBHD YouTube channel, who filmed the magnets inside the Galaxy Fold with his 8K camera rig.

Marques Brownlee used magnetic viewing film to see the location of the magnets inside the Galaxy Fold. The phone has two large magnets on the left and right side, roughly two-thirds towards the bottom of the device. The magnets keep the Galaxy Fold sealed shut when folded up. But the strength of the magnets can also pick up metal objects. When closed, the Galaxy Fold is strong enough to pick up a bunch of washers. It's also strong enough to pick up a bag of nails. It can pick up your house keys. It can lift a hex key, also known as an Allen key. 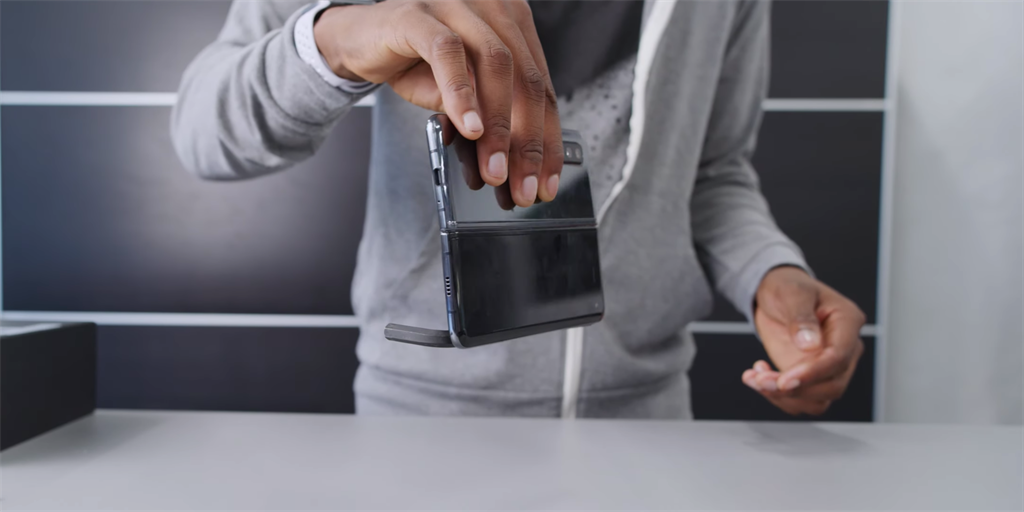 It can lift an Apple Pencil, since that also contains magnets for attaching to the iPad Pro. It can pick up a wrench. A wrench! If you're worried about this level of magnetism being dangerous, though, don't be. Magnets are really only dangerous if they're ingested, so please don't swallow your Galaxy Fold (we really shouldn't have to tell you this). For more on the magnets inside the Galaxy Fold, check out Marques Brownlee's video below — and subscribe to him on YouTube if you haven't already.

Related Links
I just used Samsung's Galaxy Fold for the first time — here are 5 things that stood out to me the...
Samsung says the Galaxy Fold is 'durable' for up to 200,000 folds – but it looks like creasing is...
Huawei built a folding phone similar to Samsung's Galaxy Fold — but killed it because it was so bad
Next on Business Insider
Facebook rolls out new privacy test after backlash over chats to cops of teen's illegal abortion