After weeks of rumours and leaks, Samsung has officially revealed its latest pair of true wireless earbuds, the Galaxy Buds Live. The earbuds were announced alongside several other products as part of Samsung's Galaxy Unpacked event on August 5. Other new Galaxy devices include the Galaxy Note 20, Galaxy Watch 3, and Galaxy Tab S7.

Apart from style, the Galaxy Buds Live also separate themselves from Samsung's other earbuds thanks to some upgraded specifications, including bigger speaker drivers and an active noise cancellation option. That latter feature helps put the Galaxy Buds Live more in line with pricier models, like the AirPods Pro, though it remains to be seen just how well Samsung's new earbuds actually perform.

Below, we've broken down all the details you need to know about the Galaxy Buds Live. 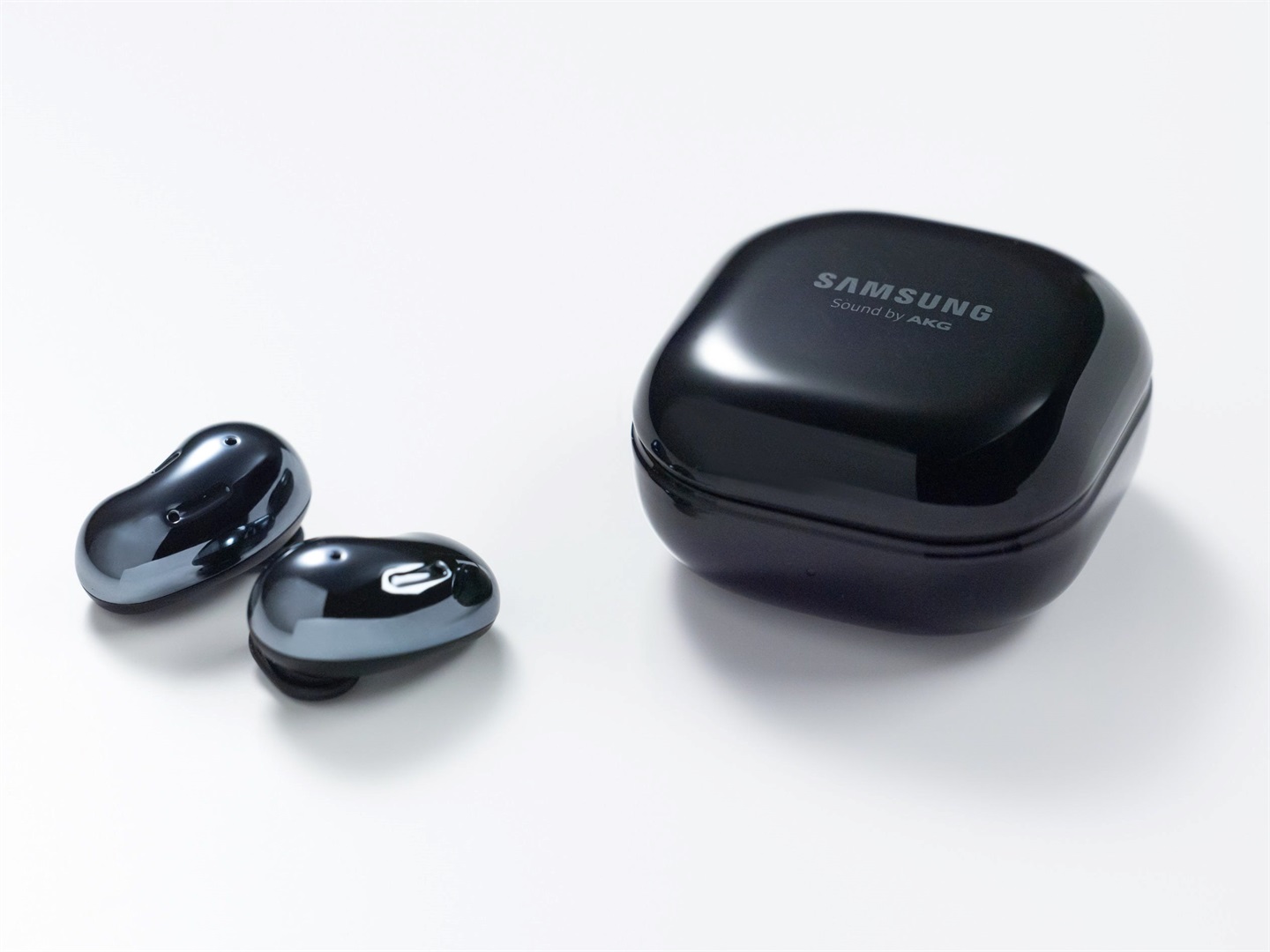 The Galaxy Buds Live are Samsung's new flagship wireless earbuds, and as such, they offer upgraded specs compared to the company's other earbuds. They also feature a rather unique bean-shaped design, which demonstrates a clear break from the comparatively conventional style of the Galaxy Buds and Galaxy Buds Plus.

Samsung says that this shape is designed to provide a comfortable fit. With that said, the earbuds can't provide an in-ear seal like more traditional designs. Whether this ends up affecting playback quality remains to be seen.

The earbuds are rated for eight hours of continuous playback without ANC or 6.5 hours with ANC. The included wireless charging case offers up to 29 hours of battery life, and a five-minute charge in the case can provide up to an hour of playback time.