Samsung's Galaxy A51 is perfect for budget buyers, but outclassed by Apple's new iPhone SE 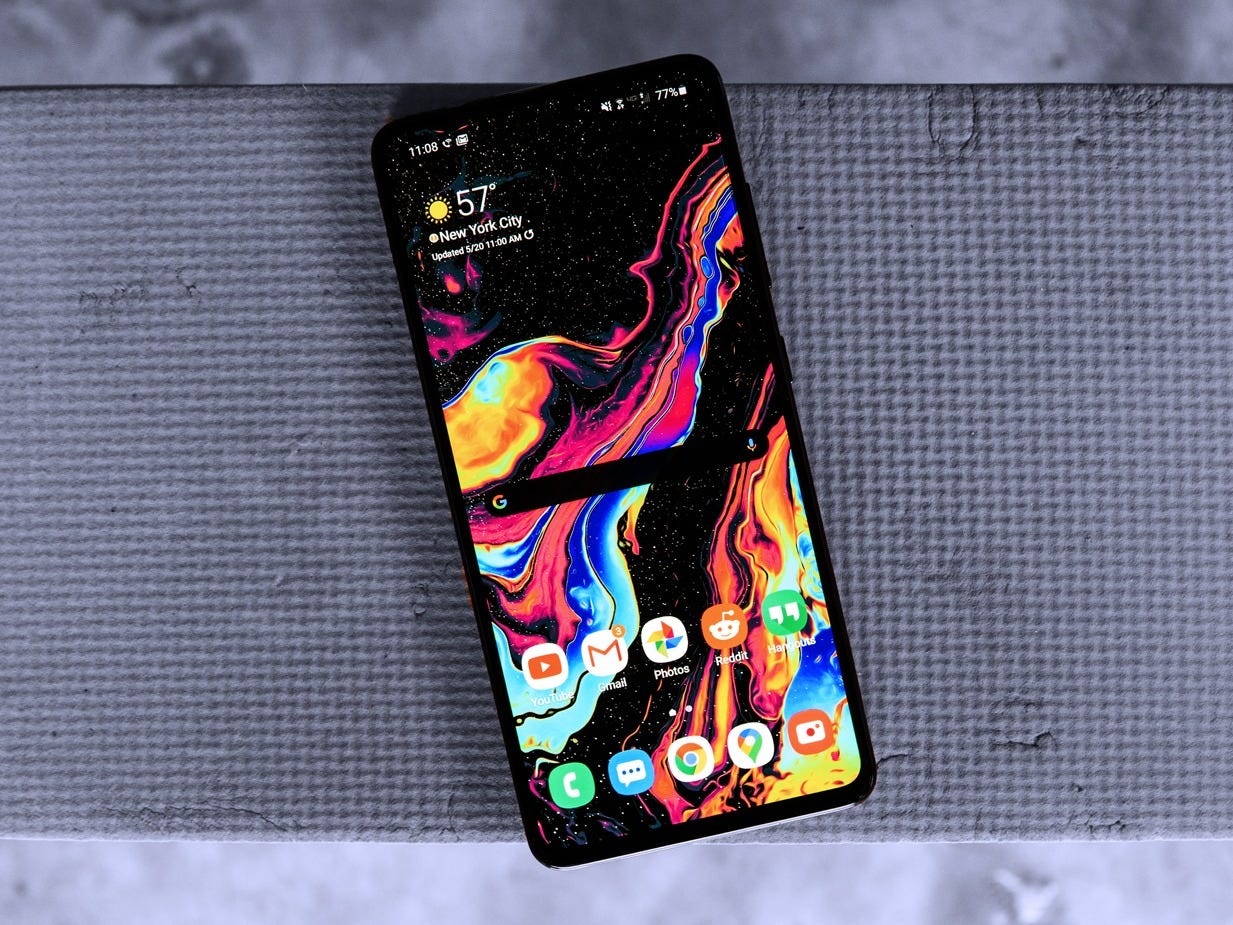 The mid-range smartphone category is a game of balance and compromises, and different phone makers place more importance on certain aspects than others.

For the iPhone SE, Apple placed massive importance on performance by essentially giving the iPhone 8 the same powerful mobile chip as the iPhone 11 series. Everything else about the iPhone 8, including the design, screen, battery life, and camera was good enough and could remain the same, so the company correctly thought.

As for Google's Pixel 3a from May 2019, the company focused on giving its mid-ranger a stunning flagship-quality camera, as well as a great OLED screen. That meant compromise on the design and materials - it's a plastic phone (that still feels great) with an uninspiring design.

For the Galaxy A51, Samsung nearly made a full-flagship phone for people who want the triple-camera systems and large beautiful screens you'd normally find on flagships. But, the company went so far with premium features that it neglected the phone's performance.

Check out what Samsung has focused on and what the company has compromised in the Galaxy A51:

The Galaxy A51 is as premium as it gets when it comes to mid-range smartphones. It has everything you'd expect on phones twice as expensive, like narrow bezels around the screen, a notchless design, Samsung's hole-punch selfie camera, and a glass back.

It only gets better when the large 6.5-inch screen is on - it's an AMOLED screen that's bright and produces rich colours. The screen could easily belong to a high-end smartphone, but here it is on a mid-ranger. It's also among the larger screens you can find on a smartphone.

There are only two things that give the Galaxy A51 away as a mid-range smartphone: it's lighter and slimmer than high-end flagships, which have only been getting thicker and heavier as they feature more and more tech. The thinner and lighter A51 is a pleasant variation on the flagships I'm used to. The Galaxy A51's performance is not impressive, but it's not awful. It doesn't quite match its high-end exterior, but it's fine. It opens, runs, and loads apps quickly and smoothly enough, but there are noticeable lags and stutters during normal usage. It plays power-hungry games like "Asphalt 9" smoothly enough.

That decent-but-stuttery experience lines up with the GeekBench 5 benchmark results, which shows a 347 single-core score, and 1,305 for multi-core. That's right along Google's Pixel 3a performance, a smartphone from 2019. In fact, last year's Galaxy A50 had similar scores, too. With this in mind, barely any progress in performance has been made, and it's not crazy to expect better performance from a phone that was released in 2020,

At the end of the day the A51 runs, streams and plays the same apps, videos, games, and music I usually run on a high-end flagship - it just doesn't do it quite as quickly or smoothly.

What is impressive, however, is the Galaxy A51's battery life. You can easily get two days-worth on a single charge. That's one of the benefits of running middling processors - the A51's "meh" mobile chip merely sips battery power compared to the power-hungry and powerful chips in higher-end phones. In fact, one of the main complaints with the new iPhone SE is battery life - it's small battery wasn't designed to supply such a powerful chip like Apple's A13.

No wireless charging or insanely fast chargers here - that stuff's reserved for more expensive smartphones. You get a pretty standard fast charger that gets the job done.

Samsung did well with the A51's in-display fingerprint sensor - it's fast and accurate. Facial recognition also works quite well. The phone takes great photos - you'll only really notice any shortcomings and major differences when you compare the A51's photos side by side with photos taken by a phone that's twice as expensive, or the Pixel 3a, which has an uncompromised flagship-quality camera.

The A51 handles areas in the shade and in the sun well, and the photo is crisp and clear, even though my cat was writhing around in the wheelbarrow, using the rough dried concrete to scratch himself: But, colours and lighting could be a little better at times. Here's a flowery bush from the A51, where colours appear washed out and the photo is overly brightened: Here's the same photo taken with the Pixel 4 XL,which does a better job at capturing what the scenery actually looked like: With that said, the A51 can produce better photos than the Pixel 4. Here's an A51 photo: Here's the same photo taken with the Pixel 4 XL, which honestly doesn't look as good: The A51 has an ultra-wide camera lens, which isn't very sharp, and comes with a lot of lens distortion and over-saturated colours. Still, neither the Pixel phones or Apple's new iPhone SE have this option: Here's a photo taken with the macro lens: Galaxy A51 owners should feel pretty smug about the cameras on their phone. The Pixel phones (including the Pixel 3a) and iPhone SE can take better photos in general, but the A51 can hold its own and offers the ultra-wide camera that Google or Apple's competing phones don't have.

The only thing that raises my eyebrow is its performance, which I've talked about above. It's barely fine now, which doesn't bode well for its future, a couple years down the line.

When the A51's performance becomes too slow, flourishes like premium design, a beautiful screen, and a triple-lens camera become irrelevant.

Samsung had the difficult task of balancing performance with high-end features like a premium design, a gorgeous large screen, a triple-lens camera system, and long battery life. But in order to make those high-end features shine on a phone, Samsung compromised too much on performance. The thing is - performance isn't something you want to compromise too much. It decides the longevity of the phone, and I can't picture the A51 lasting very long; it looks weak when Apple's new iPhone SE comes with the same performance as its flagship iPhone 11 series, which still manages to come with a great camera.

I want to say that the Galaxy A51 is a good entry-level phone for users on a budget, but Apple's new iPhone SE completely obliterates the A51's appeal. The new iPhone SE is the better mid-ranger and entry-level smartphone for almost everyone if you're going to spend.

Unless you specifically want a large screen and/or an ultra-wide camera on your smartphone, you should buy the new iPhone SE instead. And, if you're exclusively an Android user, wait to see what Google's been cooking up with the Pixel 4a.

Related Links
Apple’s iPhone SE will be in SA from Monday, but it's a bit pricier than we thought
Samsung's luxury TV packaging can now be turned into cat houses and book racks
The Galaxy S20 is already one of the fastest phones out there — this one makes the screen work...
Next on Business Insider
Meet the new owners of Mara Phones in South Africa which include the owners of Arena