Samsung has a new foldable smartphone — here's how it works 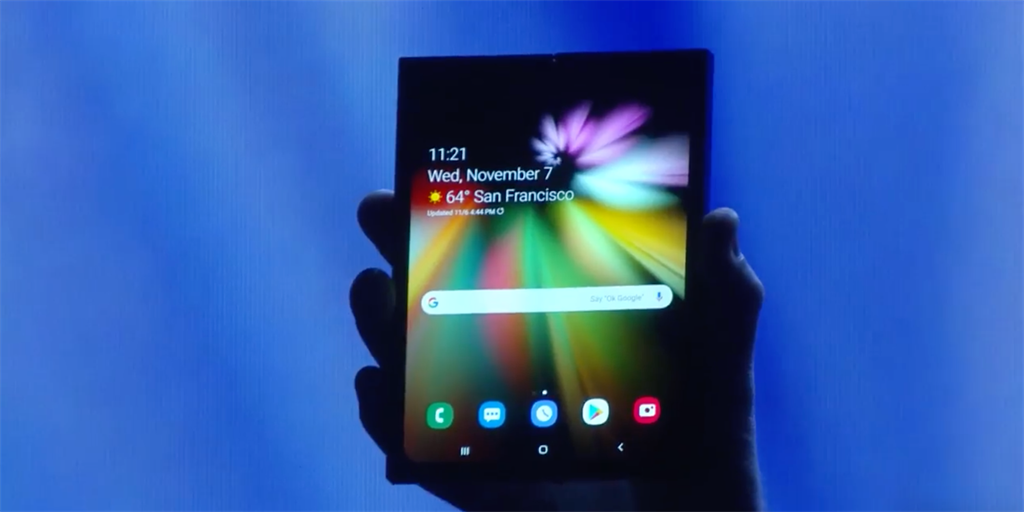 The phone, which is currently nameless, is essentially a clamshell device. There is a regular display on the front for standard smartphone use when the device is closed.

The magic happens when you open - or unfold - the device. The interior opens like a book to provide one seamless 7.3-inch (18.5cm) screen, transforming the phone into a tablet.

Before Samsung showed off the device at the event, it kept the phone in a square case to conceal its design.

Samsung senior vice president Justin Denison said, "Trust me, there's a device inside here [the case] and it is stunning."

The foldable display itself is called "Infinity Flex." To create its Infinity Flex display, Samsung said it needed to invent and use new materials to make a display that can fold an unfold "hundreds of thousands of times" without breaking or becoming damaged.

Samsung also worked with Google to create a special version of Android designed around a foldable display design. One of the highlighted features announced at Samsung's event was "App Continuity" that allows you to use an app when the phone is folded and continue using it when you unfold the phone in tablet format. The app would also enlarge itself to fill the tablet-format display. The phone folded into a normal smartphone format.
YouTube/Samsung

Samsung also mentioned its "Multi-active Window" feature that would let you have up to three open and usable apps on the unfolded tablet display. 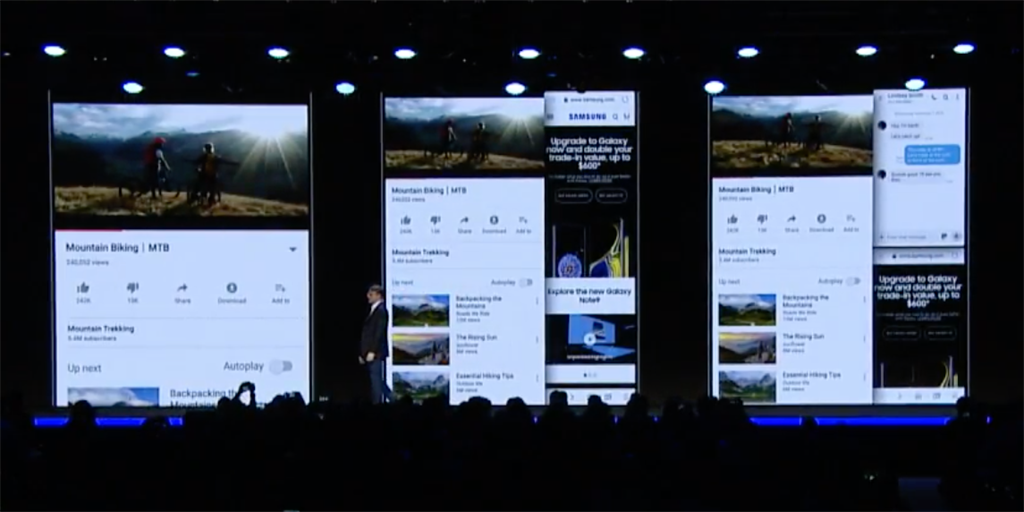 Related Links
This little-known Chinese company beat Samsung to launching a foldable phone — and it actually works
Samsung's new Galaxy S10 may have two front-facing cameras and a 3D face scanner
Samsung may have already figured out a way to eliminate smartphone notches
Next on Business Insider
Twitter CEO explains why finding bots in a random sample of 100 users won't work. Elon Musk replies with poop emoji.