Everything Samsung just announced, from a R30,000 foldable phone to the Galaxy S20 Ultra with 100x zoom Each of these devices are a big deal. The Galaxy Z Flip, for example, is the second generation of a foldable smartphone - a highly scrutinised category of smartphones ever since the rocky start of Samsung's first foldable, the Galaxy Fold.

The Galaxy S20 phones represents Samsung's peak design and technology that helps keep the company as the top smartphone maker in the world. They're also mastheads for mainstream 5G connectivity in phones that people are actually meant to buy rather than being an exclusive feature.

And the Galaxy Buds are an answer to Apple's incredibly popular and successful AirPods.

Check out everything Samsung announced during its Unpacked event: Samsung first teased the new Galaxy Z Flip in a surprise ad during the Oscars ceremony, but the ad didn't reveal very much.

The Galaxy Z Flip has a 6.7-inch foldable screen that Samsung says is made of ultra-thin foldable glass. And there's a tiny touch-screen on the exterior for little bits of information like notifications or for little actions like swiping to answer a phone call.

Samsung also touted its new special hinge designed to prevent dust and debris from entering the phone. We're hoping the new hinge will address any durability issues. Samsung says the hinge will last more than 200,000 folds and unfolds.

The hinge is also designed to hold its position at different angles when you unfold the Galaxy Z Flip so that you can place the phone on a surface and have a hands-free video call, as an example.

There's a dual-lens camera on the back of the Galaxy Z Flip, and the selfie camera takes the form of Samsung's signature punch-hole design rather than taking on a notch design.

The new Galaxy S20 phones — all three of them. One of the big things about Samsung's new Galaxy phones is they all support 5G connectivity thanks to the latest Snapdragon 865 chip from Qualcomm. As mentioned above, these are smartphone that people are actually meant to buy, not concept devices for showcasing. The Galaxy S20 phones usher in the age of 5G as a mainstream feature.

Samsung also says the cameras in new Galaxy phones are the biggest refresh since the Galaxy S7 from 2016. Indeed, each Galaxy S20 has regular, ultra-wide, and zoom lenses, with the Galaxy S20 Ultra reaching 100x zoom. Samsung is also using much larger camera sensors - from 64 megapixels to a whopping 108 megapixels - for sharper, clearer photos, and better low light shots.

Samsung also gave its new Galaxy S20 phones new screens with 120Hz refresh rates. In a sentence, that means the Android operating system, your apps, and some of your videos and games will look and feel significantly smoother than before.

Check out everything you need to know about the new Galaxy S20 phones here. Samsung touted that video calling with Google Duo will be better than ever when you're connected to a 5G network.

Samsung's answer to Apple's AirPods — the Galaxy Buds Plus. 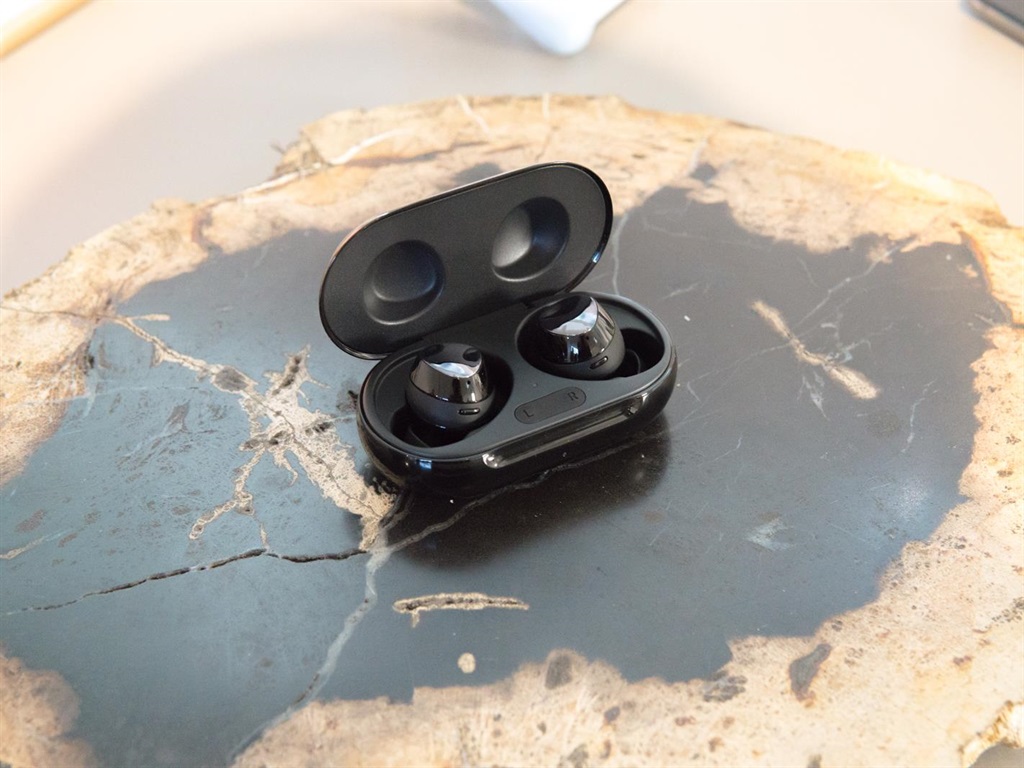 Samsung isn't letting Apple get away with the wireless earbuds crown, and it unveiled its new Galaxy Buds Plus (R2,999) during its Unpacked event, which will be available to buy on February 14.

Without noise-cancellation, and costing less than the AirPods Pro, the new Galaxy Buds Plus are competing closer to the standard AirPods.

The new Galaxy Buds Plus offer 11 hours of battery life, so Samsung says, which is significantly longer than the AirPods' 5-hour battery life. The buds can be charged in their wireless charging case, too.

Samsung is also giving its new Galaxy Buds Plus a shortcut that lets you launch the Spotify app.

And a few little extras...