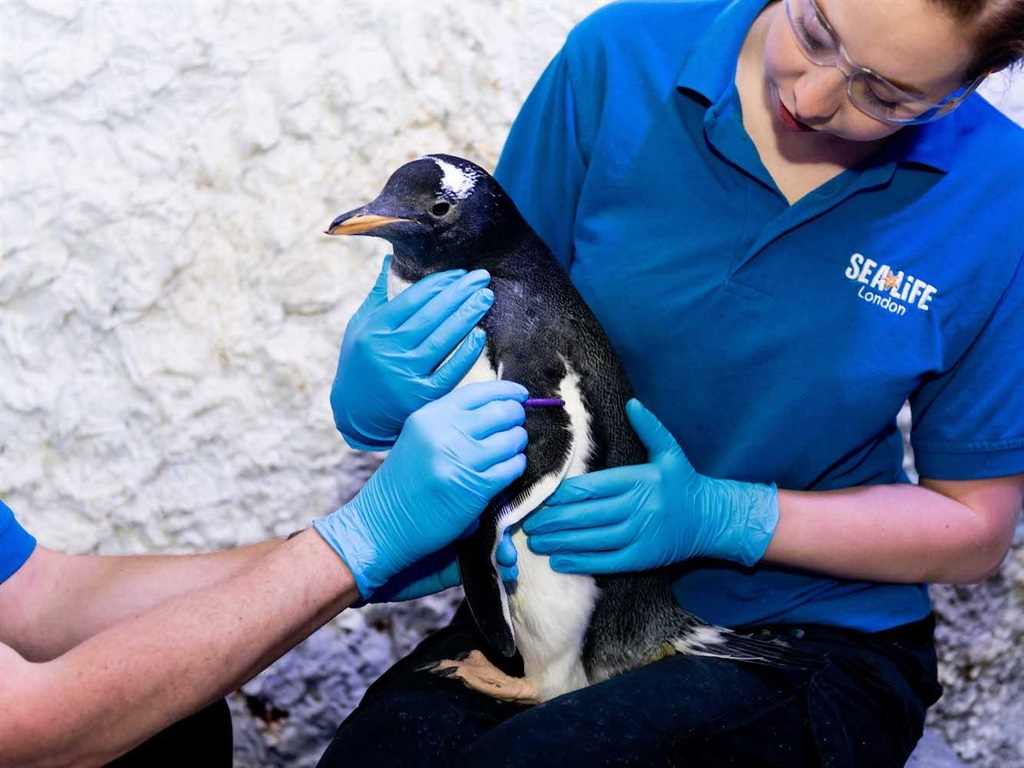 The same-sex penguin couple who adopted a penguin chick earlier this year are raising it gender-neutral.

Female penguins Rocky and Marama made headlines following the hatching of their adoptive chick egg at Sea Life London Aquarium in July.

Now, the adopted Gentoo chick will become the aquarium's first penguin not to be characterised as male or female, according to an official release sent to Insider.

New-born penguins are usually given a gender-based name, but expert aquarists decided on this occasion they would let the chick grow and develop into a mature adult genderless, as this is what would happen naturally in the wild.

The now four-month old chick, which has not yet been named, has been tagged with its own purple band so it can be identified for health and welfare purposes.

Rocky and Marama became parents after proving to staff that "they were ready to adopt an egg of their own and would make fantastic parents," the aquarium said.

The egg was one of two born to its birth mother, so the couple were also relieving her of the pressure of raising two chicks at once. The chick with its adoptive parents Rocky and Marama.
SEA LIFE

"Marama and Rocky have taken to becoming parents like ducks to water, or should I say penguins," Sea Life London general manager Graham McGrath previously said in a statement sent to Insider's Anneta Konstantinides.

"Caring for a newborn is tough for anyone, from the sleepless nights to the constant feeding, yet this wonderful pair of penguin parents are completely unflappable and seem to be taking it all in stride."

Commenting on the decision to raise the chick genderless, McGrath said in a statement: "While the decision may ruffle a few feathers, gender neutrality in humans has only recently become a widespread topic of conversation, however, it is completely natural for penguins to develop genderless identities as they grow into mature adults.

"What makes us really proud at the aquarium is the success of Sea Life London's Gentoo breeding programme and the amazing job of same-sex penguins Rocky and Marama who took the chick under their wing and raised it as their own." Gentoo penguins currently have near-threatened status in the IUCN Red List of Threatened Species as a result of climate change affecting feeding and nesting habits in their natural habitats, so Sea Life's conservation programme plays an important role in marine conservation.

The aquarium says the adopted chick may become part of its breeding programme depending on the gender its biology determines.