Everything we know about Sahar Tabar, the creepy Iranian influencer dubbed 'Zombie Angelina Jolie' who was arrested for blasphemy An Iranian instagram influencer known as Sahar Tabar was arrested on Saturday under several charges including obtaining money through illegitimate means and inciting violence.

The social media star gained wide recognition in Iran and internationally for her drastic and numerous cosmetic surgery procedures and unique aesthetic.

Her look is distinguishable by her narrow up-turned nose, accentuated pout and sharp, hollow cheek bones. Before and after photos of social media influencer Sahar Tabar.
Youtube/InformOverload

Tabar accentuates her look further with makeup and often dresses in brightly coloured clothes and wigs.

Iranians have widely criticised her as altering her features to look like the actress Angelina Jolie, and she has also been said to resemble the "Corpse Bride," a character in the Tim Burton movie with the same name.

Her real name is Fatemeh Kh, according to Tasnim news agency, although her name is most likely abbreviated for security and privacy reasons.

She first gained recognition in Iran around 2017 when she posted photographs and videos of herself online showing off her extensive cosmetic surgery and heavy makeup.

Prior to her arrest Tabar had over 26,800 followers on Instagram. Her account was suspended following her arrest but several fan accounts have photos and videos of Tabar.

Many of the videos show Tabar singing along to Iranian pop songs and dancing. In one video posted to a fan account, she can be seen sporting orange and yellow dreadlocks and eating a cucumber.

Tabar is 22 years old and according to Radio Farda is rumoured to have had over 50 cosmetic procedures, although she has publicly said that much of her look comes down to "heavy editing." Radio Farda is the Iranian branch of the US government-funded Radio Free Europe/Radio Liberty broadcasting service.

It is not known exactly how many surgeries Tabar has had, but in a 2017 interview published by the Russian government-owned news site Sputnik, she said that she has had a nose job, botox, and liposuction.

"I don't see anything bad in this. It's simple and many people around the world do it. Here in Tehran the cost of one operation is 10 million Iranian rials (around R4,500)" she said.

BBC Persian reported that when Tabar first made headlines many people said that she had undergone surgery in an attempt to look like Angelina Jolie. However Tabar denied she ever intended to look like Jolie in her interview with Sputnik.

When asked whether she intended to alter her features to resemble the Hollywood actress Tabar said: "Never. I had no interest at all to be like Angelina Jolie, and I did not want to look like the character from "Corpse Bride".

"I understand that I do have some similarities with them, but I am my own muse and I did not want to look like anyone. That was not my aim.

In the same interview she also details how makeup and photoshop are a component of her look.

Tabar considers her appearance "an art form," and "a form of self expression".

Tabar was accused of several crimes by Iranian authorities, and arrested last weekend

Her arrest came as a result of several public complaints made against her by people over her social media posts according to Tasnim. 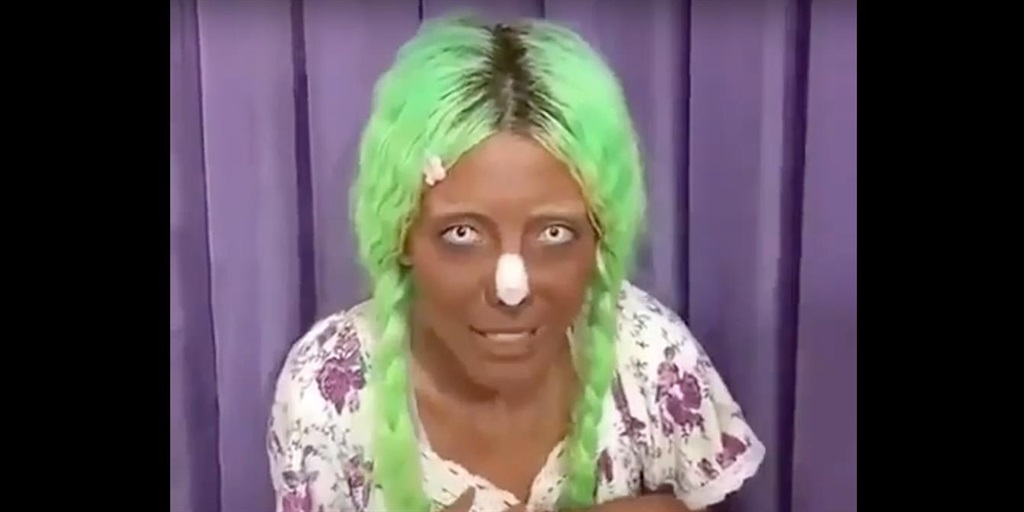 Reza Sobh Khiz, a cybersecurity expert said on an Iranian news show on Monday that under Iranian laws Taber could be facing anywhere between 91 days and two years in jail for these crimes.