Will your SAA Voyager miles be worth anything if South African Airways goes under? Don't bank on it. The fate of South African Airways’ Voyager loyalty programme – and its members’ accrued miles – hangs in the balance, as the company remains in business rescue, and is looking to sell billions of rands worth of planes.

In spite of members’ frustrations with the reward programme’s unnecessarily complex structure, and limited availability of upgrade seats, Voyager still in the top 15 loyalty programmes in the country, according to loyalty programme companyTruth.

SAA promotes the programme as "a world where your currency is miles and your rewards are exceptional". And many members of the programme have stockpiled miles in order to use them for substantial rewards, like international flights or class upgrades.

The likelihood of members actually being able to redeem these rewards to their full extent in the event of SAA’s liquidation, however, appears fairly slim.

Nedbank, which issues the co-branded credit and cheque cards with the airline’s reward programme, says it has noted increased concern amongst Nedbank SAA Voyager members about the safety of these miles. Since the 2006 launch of the Voyager card, holders have accrued more than 13 billion miles.

According to Nedbank's card issuing and payments executive Chris Wood, the reward programme will operate as-is, for now.

"Nedbank would like to assure members that the SAA Voyager loyalty programme will remain in place while the [business rescue] process unfolds" says Wood.

However, according to Lisa-Marie Bowes, partner at Schindlers Attorneys, this is a decision that rests with the business rescue practitioners that now control the airline.

The business rescue plan they come up with could see SAA modify, suspend or cancel the Voyager programme. In this event, according to SAA’s terms and conditions, they may elect to pay the cash value of miles to a holder.

Bowes says it is important to note that a business rescue practitioner is empowered to "entirely, partially or conditionally suspend SAA’s obligations in terms of any agreement to which it was a party at the commencement of the business rescue proceedings".

"This essentially means that it is possible that the holders of miles may not be able to use them during the business rescue process," she says.

Wood says Nedbank has had "extensive engagement" with SAA Voyager’s more than 65 partners since SAA entered business rescue. He also claims that "all Voyager miles that are currently held by Voyager credit card holders, as well as future miles earned, will remain valid for redemption with SAA and its airline, hotel and leisure services partners."

Wood says that in addition, all qualifying purchases made with a SAA Voyager American Express Card or Mastercard will continue to earn miles at the same rate as has been the case until now, and cardholders can still enjoy the benefits that come with their membership - including access to SAA-owned departure lounges and premium check-in.

Companion tickets, one of the key benefits of the Voyager programme, will also remain valid, "unless companion ticket holders are specifically informed to the contrary by SAA Voyager".

But in spite of the assurances, Nedbank was unwilling to comment on whether points earned under the Voyager programme would still be valid at reward partners in the event of SAA going into liquidation.

SAA too was unavailable to comment on the matter.

According Bowes, key to the matter is that Voyager miles are not an entirely fictional currency; according to the Voyager terms and conditions, you can buy 1,000 miles for R250.

"Miles are therefore essentially claims against SAA enjoyed by the holder thereof, which have a corresponding monetary value," says Bowes.

If SAA goes into liquidation, the rewards points will likely be tied up, and miles holders will have to join the queue behind other creditors that take preference in bankruptcy cases.

They may have to wait a while too.

According to Danie Acker, business rescue practitioner, liquidator, and attorney at law firm Rauch Gertenbach, what will happen to your Voyager miles is essentially a matter of contractual law in an insolvency context – which means there’s a good chance that the miles may be caught up in the legal red tape.

"In principle, and unless the contents of the agreement or the rules determines otherwise, the contract between the members and the airline won’t terminate automatically should SAA be liquidated," says Acker. "But the liquidator has the right to cancel the contract, in which case the company will be in breach, and all of the creditors who don’t have security or preference, including Voyager members, will have to stand in line as concurrent creditors."

Bowes agrees with Acker on this: "The holders of miles will be entitled to lodge a claim for the monetary value of their miles with the liquidators," she says.

"In other words, a pro rata portion of their claims will be paid after payment of secured and preferential claims."

Here's what happened in other countries in similar cases. 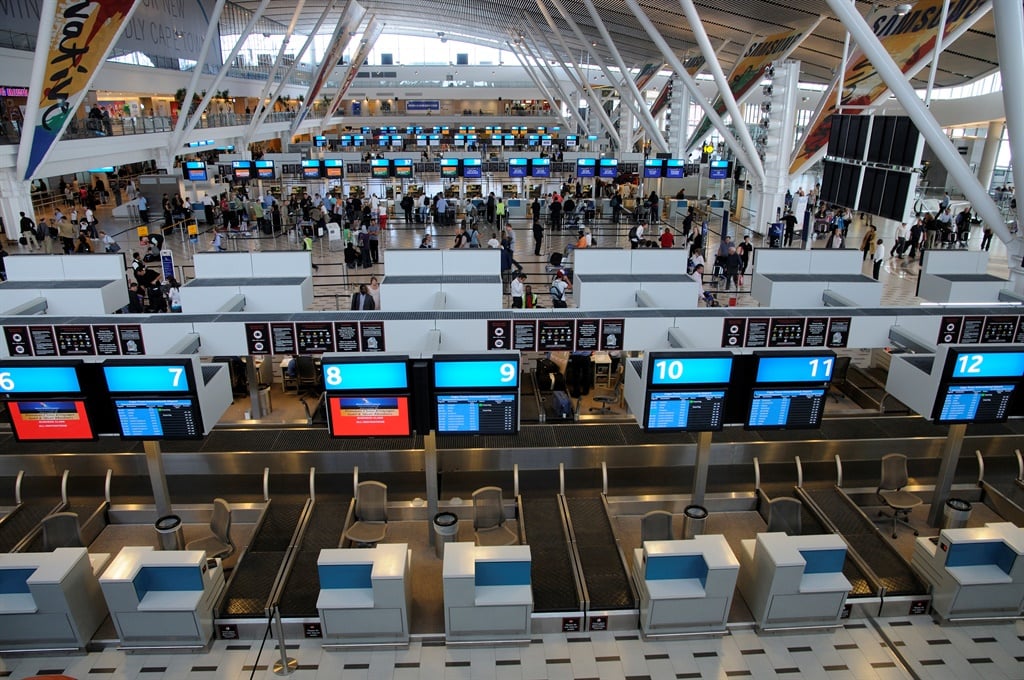 Losing air miles due to airline bankruptcy is not unheard of.

When airline group Ansett Australia, once a Star Alliance member like SAA, went into liquidation in early 2002, thousands lost their airline points that previously entitled them to free flights and upgrades.

There is generally more hope in cases where a viable airline takes over an insolvent one. There are several examples in the United States where members of defunct loyalty programmes have been absorbed into the new parent company’s programme - including Pan Am into Delta, Eastern into Continental, and, more recently, Trans World Airlines into American Airlines.

After the negative impact on the airline industry following the Gulf War, it also became possible to insure airline miles earned through certain carriers, under a programme called AwardGuard. The flurry of airline closures post the September 11 attacks, however, seemed to have put a halt on the programme, and it stopped accepting new members in March 2003.

Ultimately, though, with little assurance over the future of SAA’s Voyager programme, Acker says the smart move would be to spend the miles before they get caught up in any legal delays.

"Both the business rescue practitioners and liquidators have the power to cancel or alter the agreement, which could result in lengthy delays to claim Voyager miles back - if at all," he says.

"For this reason I would say if you have some miles, rather go flying right now."