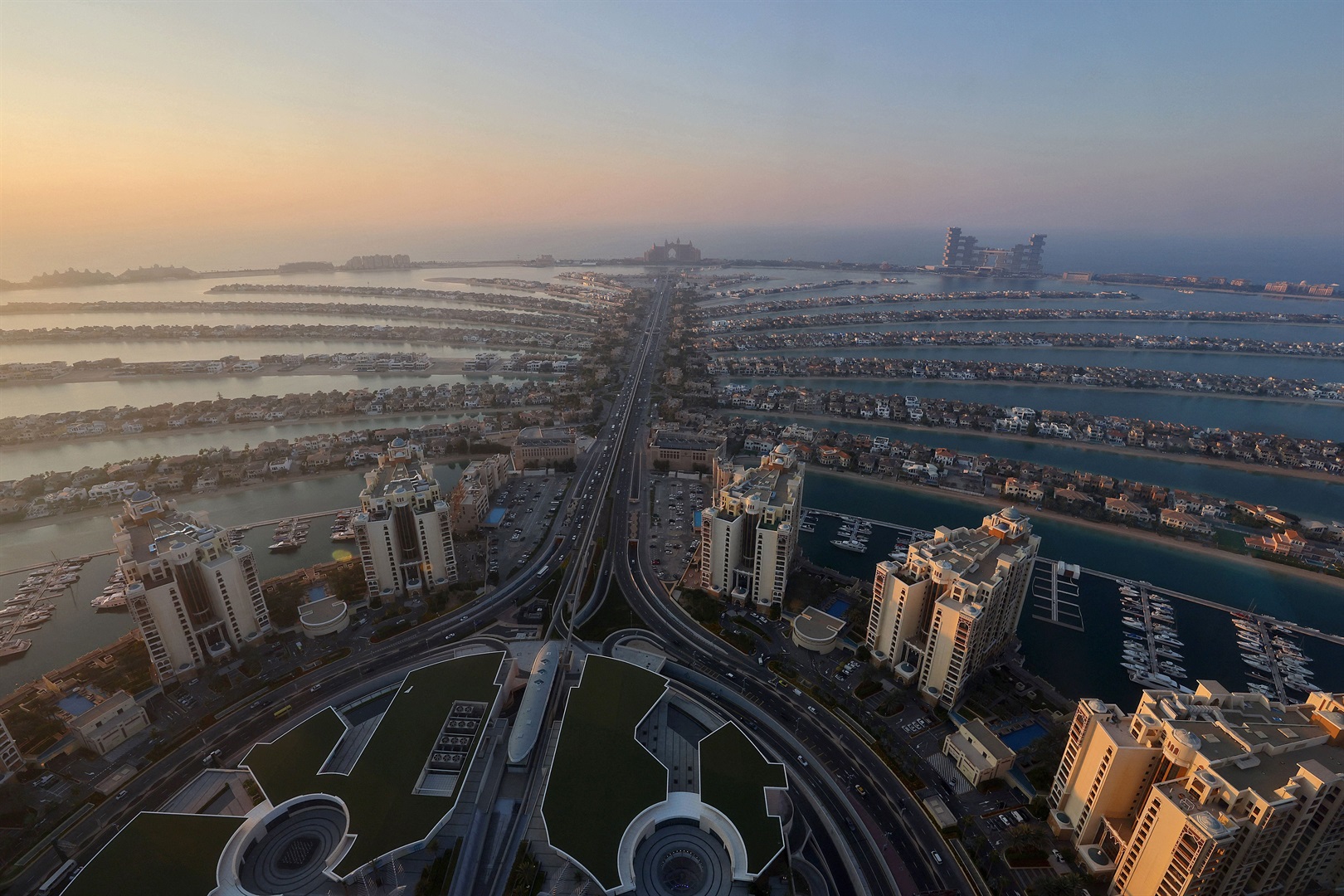 Palm Jumeirah in the Gulf emirate of Dubai on January 10, 2022.
Giuseppe Cacace/AFP/Getty Images

Wealthy Russians are flocking to Dubai's real estate market as Western sanctions prompt them to look at alternative destinations for their luxury property purchases, The Observer reported on Saturday.

Individuals with money tied to Russian financial institutions have been purchasing properties and leasing apartments in Dubai, which has not imposed financial sanctions against Russia in the weeks following the attack on Ukraine.

Real estate brokers in Dubai are now reporting a surge in interest among Russian investors for property, with some paying one year in rent in advance, according to the paper.

The purchases are made mostly through cryptocurrencies, but some have also been made via transfers from financial institutions linked to sanctioned individuals, a regional intelligence official told the publication.

"A radical amount of Russian investors are purchasing units. Even tenants; we've had a huge amount of calls. They transfer their funds via crypto. They have an intermediary who will do that for them and then the cash is passed to the landlords," a Dubai-based leasing consultant told the paper.

Wealthy Russians have been moving their money to Dubai as Western countries have imposed financial sanctions on Russia designed to cripple the Russian economy and pressurize President Vladimir Putin to halt the invasion.

But the United Arab Emirates, which includes the Emirate of Dubai, has not imposed sanctions on Russia.

George Hojeige, the founder and CEO of VirtuZone, which helps people settle in Dubai, recently told Insider that the company was reporting a rise in Russian interest.

"They see the big instability coming and need to move their families somewhere else," he said. "They're looking for a place where they can move their businesses so they don't have to shut them down."

A number of sanctioned individuals have also been moving their assets — including mega yachts — to Dubai, to escape potential impounding in Europe and other Western countries, who have already seized a number of yachts.