A gas explosion ripped through a Russian lab storing deadly viruses like smallpox, anthrax, and Ebola 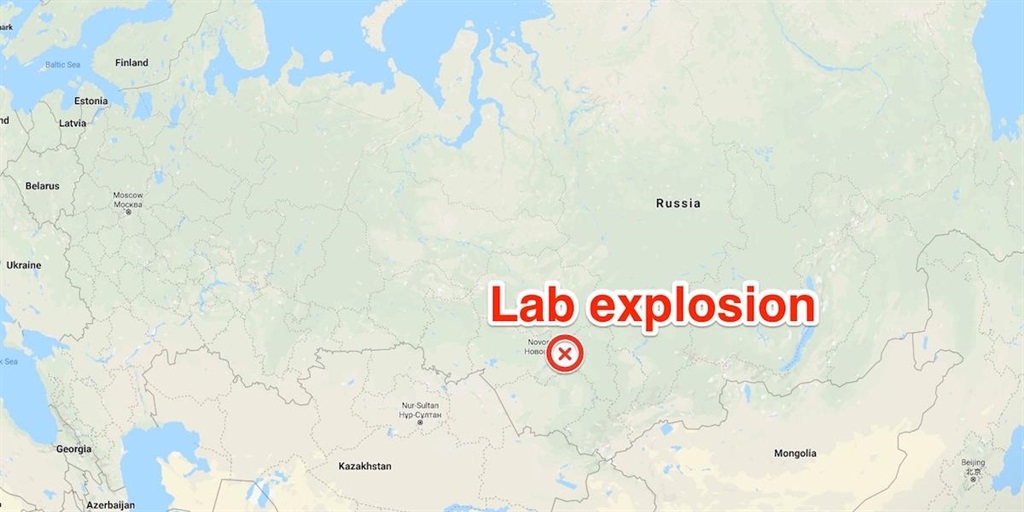 Map showing the location of Koltsovo town, where a gas explosion took place at a viral research lab on September 16, 2019.
Google Maps/Business Insider

A research lab in Siberia that stores dangerous viruses including smallpox, anthrax, and Ebola was hit by a gas explosion on Monday.

A gas cylinder exploded in a sanitary inspection room on the fifth floor of the State Research Center of Virology and Biotechnology building in the city of Koltsovo.

The lab - also known as "Vector" - confirmed the explosion in a statement.

The explosion led to a fire in an area of about 30 square meters (323 square feet), Radio Free Europe/Radio Liberty (RFE/RL) and the state-run Tass news agency reported.

The explosion appeared so severe that local authorities sent 13 fire engines to respond to the emergency, the state-run RT news channel reported. The fire was put out shortly after.

The room had been undergoing repair work, Vector said, and wasn't in use at the time of the explosion.

A construction worker was taken to a nearby hospital with third-degree burns, RFE/RL reported. He was taken to intensive care, Tass reported, citing the hospital.

Officials have opened a criminal investigation into lab authorities over the explosion, the Sib.fm news site reported.

There was no biohazardous material in the room when the gas explosion took place, Vector said, as did Koltsovo's mayor according to RFE/RL. Other viruses - like smallpox and Ebola - are stored elsewhere in the building.

All the glass in Vector's building was broken, RFE/RL and Tass both reported. The building structure, however, was unharmed, Vector said.

The explosion poses no biological or any other threat to the surrounding population, Tass cited Koltsovo Mayor Nikolai Krasnikov as saying.

Vector is one of the only two places in the world authorised to store live specimens of the smallpox virus - the other is the US Centers for Disease Control and Prevention (CDC) in Atlanta.

Vector, founded in 1974, is one of the virus and bioresearch labs in Russia. It was previously used for Soviet bio-weapons research, RFE/RL reported. It's now used to develop vaccines against infectious diseases including swine flu, HIV, and Ebola, Tass said.

A Russian scientist died after accidentally sticking herself with a needle containing the Ebola virus in 2004, The New York Times reported at the time.