Russian Navy's TK-208 Dmitry Donskoy nuclear submarine is prepared for the Navy Day parade in Kronshtadt of the suburb of St. Petersburg. (Photo by Igor Russak/NurPhoto via Getty Images)
A British Astute-class nuclear-powered attack submarine was reportedly closely pursued by Russian warships and subs in the eastern Mediterranean during the first days of April.

That "cat-and-mouse" encounter between one of the UK's most advanced submarines and a Russian force that included Improved Kilo-class subs — nicknamed "the Black Hole" because of their stealth — took place in the run-up to the latest US-led strikes in Syria.

But submarine and antisubmarine warfare in general have become areas of more intense focus for both Russia and NATO, the latter of which is increasingly concerned about what it sees as Russian encroachment in Europe and the seas around it.

'They've really stepped on the gas'

Russia decreased its undersea activity after the Cold War, and its navy went through a considerable decline. But in recent years Moscow has embarked on a modernisation effort, putting money into developing newer, quieter subs manned by better-trained crews. 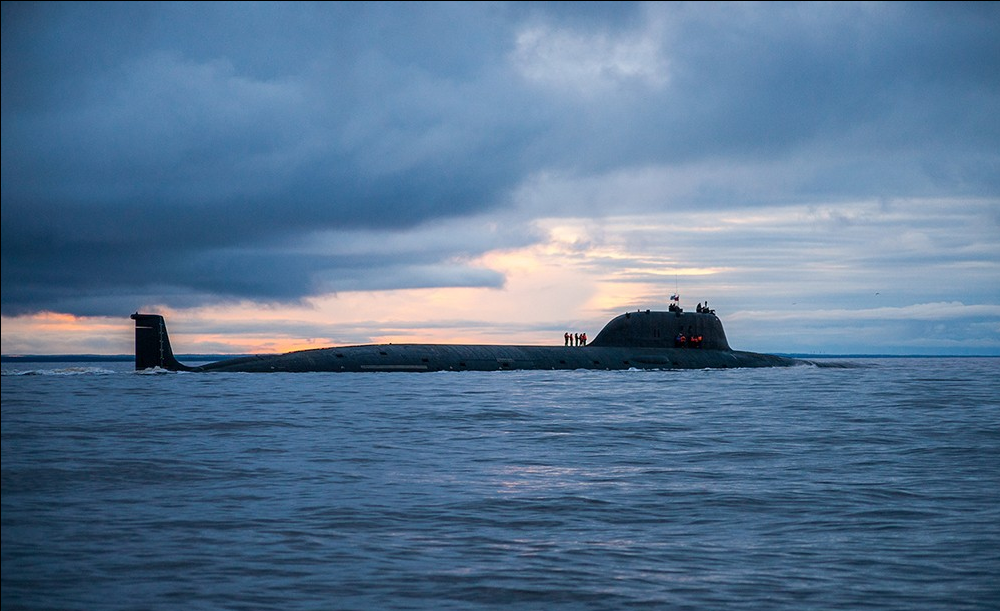 Some aspects of Russia's naval modernisation have been delayed, and some of its achievements overstated, but there has been progress. Moscow plans to built three Borei-class and five improved Borei II-class ballistic-missile subs by 2025, though delays are likely — delivery of the first improved Borei II-class sub has already been pushed back. Russia also expects to start getting a new class of nuclear-powered subs in the 2030s.

Upgrades are planned for other Russian missile subs, and Russian media has in recent months boasted about new, sophisticated attack subs and of attack subs loitering near US military bases.

"The Russians are closing the gap," Magnus Nordenman, the director of the Transatlantic Security Initiative at the Atlantic Council, told Business Insider earlier this year. "And they have departed from their traditional sort of approach — with lots of mass and lots of submarines but of sort of varying quality — and they are taking page from our playbook, which is go for quality instead." 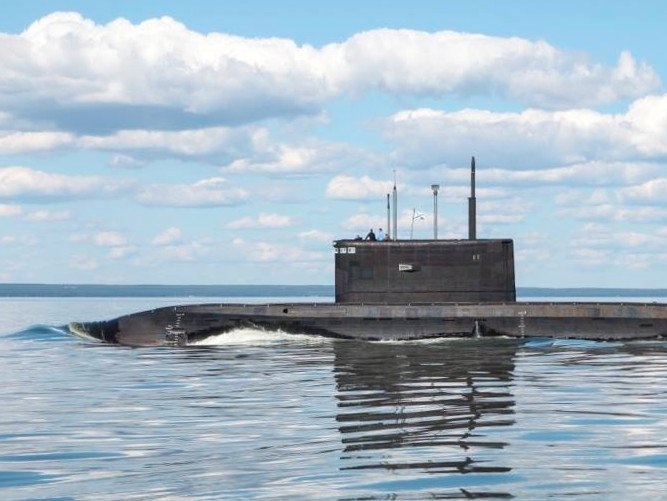 This has not gone unnoticed by Nato officials, who have warned several times in recent years that Russian sub activity was becoming more sophisticated and reaching levels not seen since the Cold War.

Russian navy chief Adm. Vladimir Korolyov seemed to give weight to that concern in March 2017, when he said Russian subs spent more than 3,000 days on patrol in 2016, matching their Soviet-era operational tempo.

"A major component of this resurgent Russia has been in their maritime" activity, US Chief of Naval Operations Adm. John Richardson, a career submariner, told the House Appropriations subcommittee on defense in March.

"They've really never taken their eye off the ... deployment of their undersea forces, but they've really stepped on the gas and stepped that up, both in technology and in ... the amount of of time that they're spending deployed."

Russia has used its involvement in Syria as a sort of "test bed for showing off its new submarine capabilities," including the ability to launch cruise missiles from subs, Nordenman said. 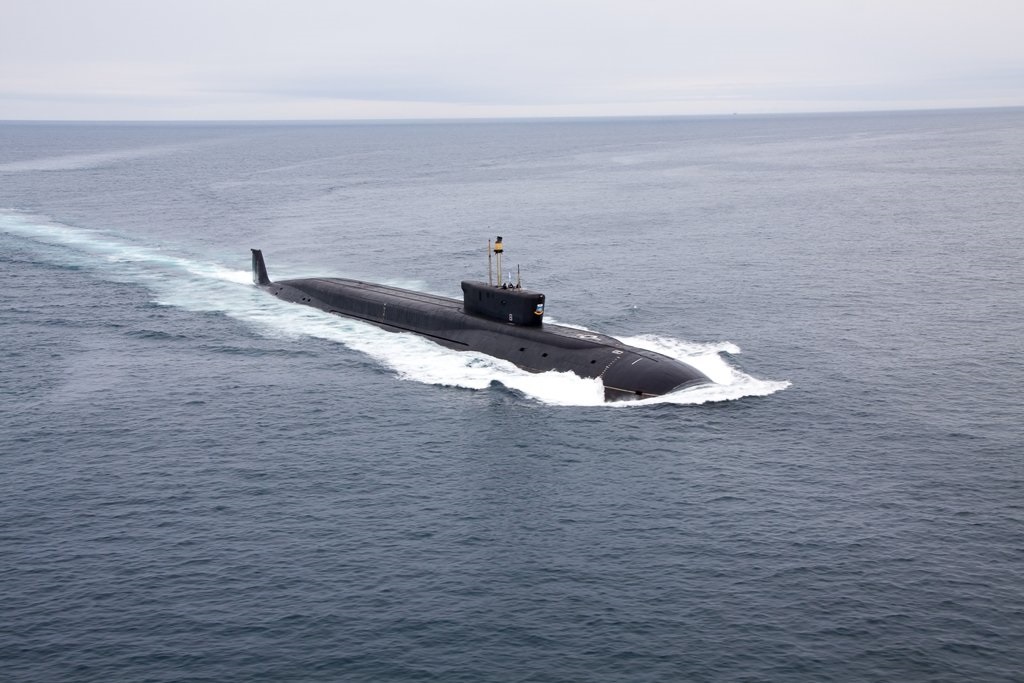 In mid-2017, NATO navies shadowed the Krasnodar, a Improved Kilo-class sub, as it sailed around Europe to take up station with Russia's Black Sea fleet. That journey culminated in the eastern Mediterranean, where the Krasnodar launched cruise missiles at targets in Syria.

In response to the sub's presence and its efforts to avoid detection, the sailors and airmen of the USS George H.W. Bush carrier group began tracking it — an operation with which many of those US sailors and airmen had little real-world experience.

"It is an indication of the changing dynamic in the world that a skill set, maybe we didn't spend a lot of time on in the last 15 years, is coming back," Capt. Jim McCall, commander of the air wing on the USS Bush, told The Wall Street Journal at the time. A sailor on Los Angeles-class fast-attack sub USS Springfield heaves a shot line as it prepares to moor in Toulon, France, May 17, 2016.
US Navy

Russia has said it plans to add several subs to its Black Sea fleet, which is a point of focus for Moscow — along with the Northern fleet, which has Russia's sea-based nuclear forces and is based close to NATO territory in Norway.

"I think if you look at Russia's four navies — Northern, Baltic, Black Sea, and Pacific — that clearly the main emphasis is the Northern fleet and the Black Sea fleet," Nordenman told Business Insider.

Submarines specifically pose a threat to NATO's ability to operate on the ground in Europe. "They can obviously sink ships," Nordenman said, "but related, you can use cruise missiles to shoot at ports and airfields."

This increasing activity — amid Russian action on the ground in Ukraine and Georgia — is seen by NATO members as reason for concern about Russian aggression, though Moscow sees it differently.

In late 2017, Russian President Vladimir Putin signed off on a new security strategy that identified "the striving of a series of governments, above all the United States of America and its allies, to dominate the oceans" as a direct threat. It also claimed other countries wanted to "limit Russia’s access to resources at sea and its access to vitally important naval transport communications."

'Russia has closed that gap' That perspective notwithstanding, Nato members are still looking for ways to counter the undersea threats they perceive from their eastern neighbour.

Richardson, the chief of US naval operations, told the House Appropriations subcommittee in March that Russia's increasing interest in undersea operations was "exactly why our investments [in European operations] are focused on the antisubmarine-warfare problem, both enhancing our undersea sensors and then ... infrastructure for the antisubmarine aircraft, the P-8."

In recent months, the P-8A Poseidon and other intelligence-gathering aircraft have been deployed to the Black Sea area to track the growing number of Russian subs there. The Navy is also renovating hangers and infrastructure in Iceland as part of a project to house P-8s there for patrols over the Greenland-Iceland-UK gap, a choke point for ships moving between the Arctic and North Atlantic oceans — though those plans don't necessarily include reestablishing a permanent presence there.

The US Navy has also been more active around Europe. A US military official said the deployment of Arleigh Burke-class guided-missile destroyers USS Carney and USS Ross in the Black Sea in February was meant to "desensitize Russia" to the US military's presence there.

The Pentagon is also considering keeping the Truman carrier strike group in Europe rather than sending it to the Middle East — which would be a major departure from rotational deployments the US has conducted since the early 1990s.

Things are changing up North too.

Nato subs were a frequent presence around Norway in 2017, with more than 40 trips requiring permission to enter and exit the country's coastal waters, often to exchange crew members or take on new supplies or equipment.

"The majority were in the north, three times more," Navy Capt. Per-Thomas Bøe, with the Norwegian Ministry of Defense, told The Barents Observer of the trips.

Bøe said the increasing presence was linked to increasing Russian submarine activity, which in recent years includes more frequent trips between the Barents, Baltic, and Mediterranean seas. Stopping at a port or in a fjord in northern Norway is more convenient for NATO subs because it's closer to the Norwegian Sea, though which Russian subs pass on the way to the North Atlantic, transiting the GIUK gap. This activity extends to the Arctic, where receding ice has generated new interest in transportation routes and resource extraction. The US and British navies have shown off their ability to operate under Arctic ice, and Russia has boasted of its ability to track foes in frigid Arctic waters as well.

The Russia navy remains well short of its Soviet-era numbers, and NATO and US subs are still ahead in terms of sophistication and capability, Nordenman told Business Insider. But Moscow has whittled away at the edge Western navies gained after the Cold War.

"Russia has closed that gap and is not as far behind as they used to be," Nordenman said. That advancement has been aided by Western focus elsewhere.

"This has not been the priority for NATO member navies, in terms of hunting submarines or the North Atlantic or the Baltic," he added. "Beyond just sort of having a hull or having a submarine, you also need to train and exercise and have command and control and so on to to make a real capability, and that's somewhere where NATO has fallen down over the last decade or so."