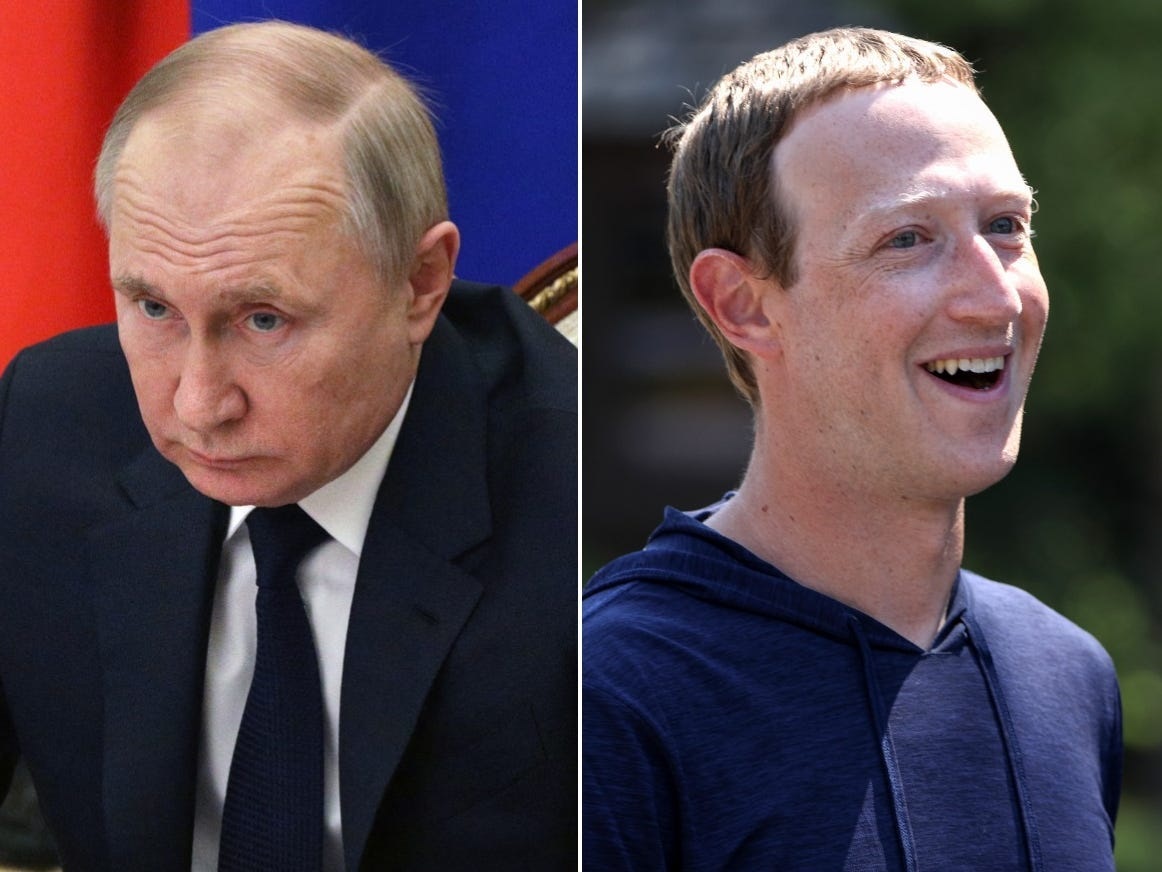 The Prosecutor General's Office officially asked Meta to be labelled as an extremist organisation under Russian law and have all its activities banned in Russia, Tass reported.

Tass also said the Prosecutor General asked for an investigation into whether Meta broke laws on "terrorist propaganda" and "inciting hatred."

This marks a further escalation of tensions between the Kremlin and the US tech giant, which has been building since Russia's invasion of Ukraine.

Reuters reported on Thursday Meta had created exemptions in its hate speech rules to temporarily allow Facebook and Instagram users to call for the death of President Putin, as well as violence against Russian soldiers.

Meta did not immediately comment on the Prosecutor General's Office's statement when contacted by Insider outside of normal working hours.