During Russian President Vladimir Putin's address to the Federal Assembly on 1 March, he described a plethora of nuclear weapons he said Russia was developing.

One of these proposed weapons, an autonomous submarine, stood out among the depictions of falling warheads and nuclear-powered cruise missiles.

According to a Kremlin translation (PDF) of Putin's remarks, he said the autonomous drone would quietly travel to "great depths," move faster than a submarine or boat, "have hardly any vulnerabilities for the enemy to exploit," and "carry massive nuclear ordnance."

"It is really fantastic, he said, adding: "There is simply nothing in the world capable of withstanding them."

He also said Russia finished testing a nuclear-powered engine for the drones in December.

"Unmanned underwater vehicles can carry either conventional or nuclear warheads, which enables them to engage various targets, including aircraft groups, coastal fortifications, and infrastructure," he said. Putin did not refer to the device by name in his speech, but it appears to be the Oceanic Multipurpose System Status-6, also known as Kanyon or Putin's "doomsday" machine.

The Russian government reportedly leaked a diagram of such a weapon in 2015 that suggested it would carry a 50-megaton nuclear bomb about as powerful as Tsar Bomba, the largest nuclear device detonated to date.

Nuclear physicists say such a weapon could cause a local tsunami, though they question its purpose and effectiveness, given the far more terrible destruction that nukes can inflict when detonated aboveground.

Why Putin's 'doomsday' device could be terrifying

A nuclear weapon detonated below the ocean's surface could cause great devastation.

The US's underwater nuclear tests of the 1940s and '50s, including operations Crossroads Baker and Hardtack I Wahoo, demonstrated why.

These underwater fireballs were roughly as energetic as the bombs dropped on Hiroshima or Nagasaki in August 1945. In the tests, they burst through the surface, ejecting pillars of seawater more than 1.6km high while rippling out powerful shockwaves.

Some warships staged near the explosions were vaporised. Others were tossed like toys in a bathtub and sank, while a few sustained cracked hulls and crippled engines. Notably, the explosions roughly doubled the height of waves to nearby islands, flooding inland areas.

"A well-placed nuclear weapon of yield in the range 20 MT to 50 MT near a sea coast could certainly couple enough energy to equal the 2011 tsunami, and perhaps much more," Rex Richardson, a physicist who researches nuclear weapons, told Business Insider, referring to the Tohoku earthquake and tsunami that killed more than 15,000 people in Japan.

Richardson and other experts have also pointed out that a near-shore blast from this type of weapon could suck up tons of ocean sediment, irradiate it, and rain it upon nearby areas — generating catastrophic radioactive fallout.

"Los Angeles or San Diego would be particularly vulnerable to fallout due to the prevailing onshore winds," Richardson said, adding that he lives in San Diego.

The problem with blowing up nukes underwater

Greg Spriggs, a nuclear-weapons physicist at Lawrence Livermore National Laboratory, said a 50-megaton weapon "could possibly induce a tsunami" and hit a shoreline with the energy equivalent to a 650-kiloton blast.

But he said it "would be a stupid waste of a perfectly good nuclear weapon."

That's because Spriggs believes it's unlikely that even the most powerful nuclear bombs could unleash a significant tsunami after detonating underwater.

"The energy in a large nuclear weapon is but a drop in the bucket compared to the energy of a [naturally] occurring tsunami," Spriggs previously told Business Insider. "So any tsunami created by a nuclear weapon couldn't be very large."

For example, the 2011 tsunami in Japan released about 9.3 million megatons of TNT energy. That's hundreds of millions of times as much as the bomb dropped on Hiroshima in 1945 and roughly 163,000 times as much as the Soviet Union's test of Tsar Bomba on October 30, 1961.

Plus, Spriggs said, the energy of a blast wouldn't all be directed toward shore — it would radiate outward in all directions, so most of it "would be wasted going back out to sea."

A detonation several kilometres from a coastline would deposit only about 1% of its energy as waves hitting the shore. That scenario may be more likely than an attack closer to the shore, assuming US systems could detect an incoming Status-6 torpedo.

But even if such a weapon were on the doorstep of a coastal city or base, its purpose would be questionable, Spriggs said.

"This would produce a fraction of the damage the same 50 MT weapon could do if it were detonated above a large city," Spriggs said. "If there is some country out there that is angry enough at the United States to use a nuclear weapon against us, why would they opt to reduce the amount of damage they impose in an attack?"

Is the doomsday weapon real? 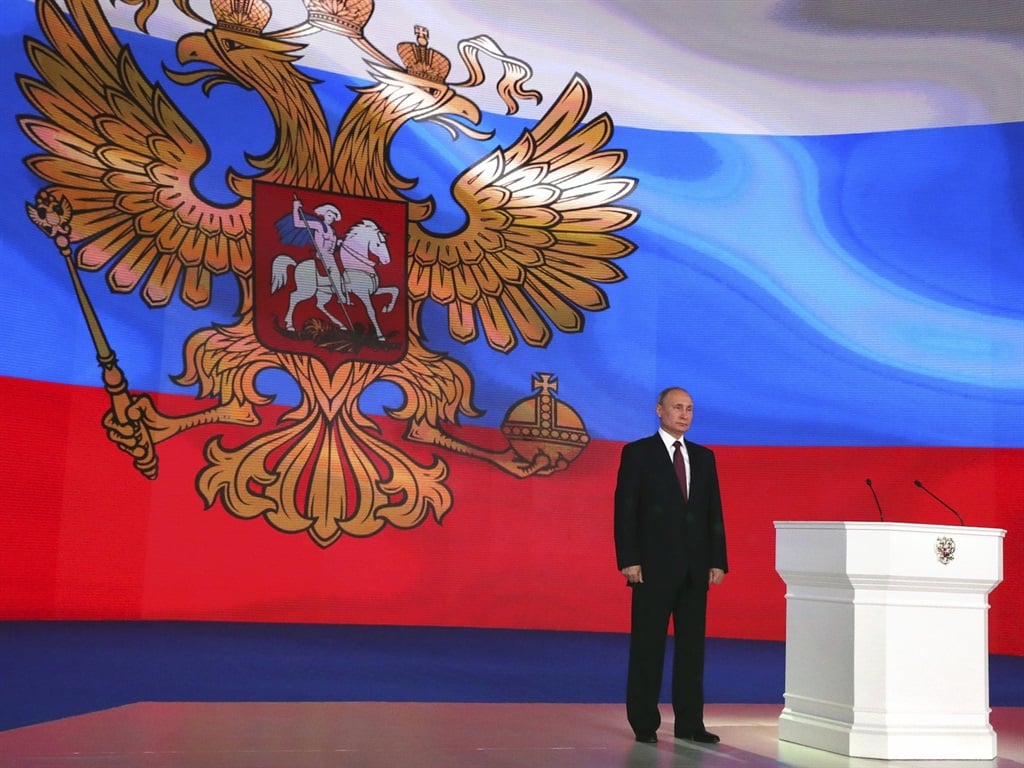 Putin fell short of confirming the existence of Status-6, though he did say the December tests of its power unit "enabled us to begin developing a new type of strategic weapon" to carry a huge nuclear bomb.

The Trump administration even addressed the possible existence of the weapon in its most recent nuclear posture review.

NOW WATCH: Here's how easy it is for the US president to launch a nuclear weapon

In a 2015 article in Foreign Policy, Jeffrey Lewis, an expert on nuclear policy at the Middlebury Institute of International Studies, dubbed the weapon "Putin's doomsday machine."

He wrote that there was speculation that the underwater weapon might be "salted," or surrounded with metals like cobalt, which would dramatically extend fatal radiation levels from fallout — possibly for years or even decades — since the burst of neutrons emitted in a nuclear blast could transform those metals into long-lived, highly radioactive chemicals sprinkled all over.

"What sort of sick bastards dream up this kind of weapon?" Lewis wrote, noting that such salted weapons were featured in the 1964 science-fiction Cold War parody film "Dr. Strangelove."

To Lewis, it doesn't necessarily matter whether Status-6 is real or a psychological bluff designed to prevent the US from attacking Russia or its allies.

"Simply announcing to the world that you find this to be a reasonable approach to deterrence should be enough to mark you out as a dangerous creep," he said.