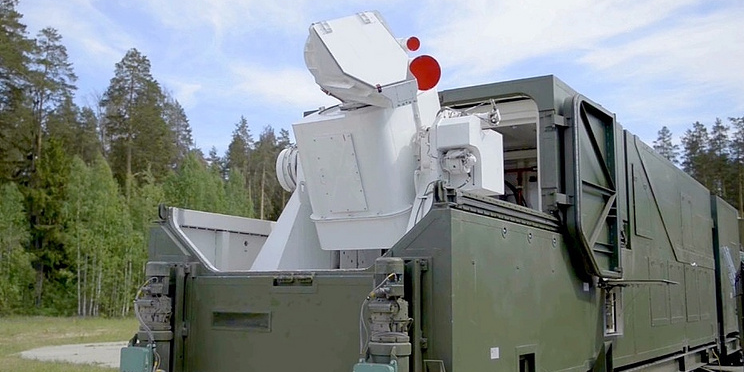 The military began taking possession of the first shipments last year as part of Russia's ongoing military modernisation programme, according to The Moscow Times, and there is speculation the lasers could shoot down incoming missiles and aircraft.

Russian President Vladimir Putin first announced the existence of this new laser weapon in March during his State of the Nation address, during which he briefly introduced the "Combat Laser Complex."

"We have achieved significant progress in laser weapons," he boasted, "It is not just a concept or a plan any more. It is not even in the early production stages. Since last year, our troops have been armed with laser weapons."

"We are one step ahead our rivals," Putin added without providing any evidence.

Deputy Defence Minister Yuri Borisov offered a bit more information in an interview with Russian state media outlet TASS, explaining that the device could destroy targets "within fractions of a second."

"We can talk a lot about laser weapons and movies were made about them a long time ago and fantastic books have been written, and everyone knows about this," he introduced. "But, the fact that these systems have started entering service is indeed a today's reality."

The Russian defence ministry posted a video of the weapon back in July, before it had officially entered service.

Not much is publicly known about the Peresvet combat laser system, as Sputnik, a Russian media outlet controlled by the government, noted. What exactly it does has been the subject of much speculation.

"It is expected to be an air-defence system that can track and shoot down hostile aircraft and missiles," Sputnik explained, adding, "Some suggest it will be tasked with 'blinding' sophisticated enemy systems, making them inoperable."

Other countries, like the US and China, are also developing directed energy platforms.

Experts speculated that the weapon designed by China Aerospace Science and Industry Corporation (CASIC) could be deployed to the South China Sea.