Tickets for the Rugby World Cup final are now selling for more than R40,000 – here's what it will cost to see the Springboks play in person 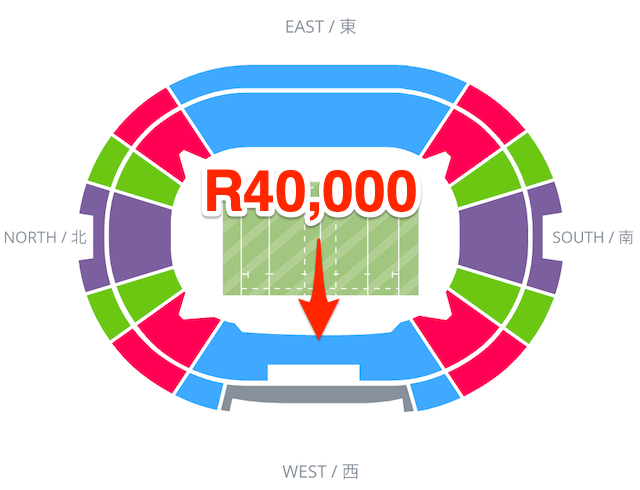 Tickets for decent seats to the Rugby World Cup final in Japan – where the Springboks will be taking on England – were changing hands for prices above R40,000 on Sunday night.

Officially tickets may be resold only at the original face value on the Rugby World Cup website, and tickets bought elsewhere are technically invalid, with their holders liable to be denied entry or ejected from the stadium if detected.

But that has not prevented a roaring trade on ticket reselling websites, with huge markups asked and achieved.

After the Springboks secured their place in the final on Sunday by beating Wales, prices for Category D tickets, behind the poles at the north and south ends of Tokyo Stadium, started at more than R5,000 each, with some more desirable seat pairs going for R16,000 at one popular international re-selling site.

But single category A seats, in the middle of the stadium, were going for R43,000 each on a different resale site, with some premium seats on offer for R75,000 or more.

That roughly matched the prices supporters in Japan reported on offer from touts.

A ticket to the game is only one part of the package, of course. As of Sunday night a round-trip last-minute ticket from Johannesburg to Tokyo would set you back at least R21,000, and more likely around R24,000.