The royal family appears to be abandoning its age-old mantra of 'never complain, never explain' Queen Elizabeth II, Meghan, Duchess of Sussex, Prince Harry, Duke of Sussex watch the RAF flypast on the balcony of Buckingham Palace, as members of the Royal Family attend events to mark the centenary of the RAF on July 10, 2018 in London, England.
Chris Jackson/Getty Images

"I really tried to adopt this British sensibility of a stiff upper lip," Meghan Markle said when asked how she deals with the pressures of royal life.

"I tried, I tried. But I think what that does internally is probably really damaging."

The interview was just one of a few the Duke and Duchess of Sussex gave as part of an emotional ITV documentary while on their royal tour of Africa earlier this month. The interviews, which saw Prince Harry address his rumoured rift with Prince William, were arguably their most candid yet.

The interviews were a break from the traditional "never complain, never explain" mantra which was first adopted by the Queen Mother when she became Queen Consort in 1936, and passed on to her own daughter - our current Queen Elizabeth II - who appears to have followed the rule unflinchingly during her reign.

The Queen has never given an official interview during her 67 years on the throne.

She gave her first televised exchange with a journalist for a documentary in 2018 - but even then, he reportedly wasn't allowed to ask her any questions.

However, recent developments - including a new tell-all book written by the Queen's designer, which is the first of its kind to be approved by Her Majesty - could suggest the rest of the royal family are actually on the same page as Harry and Markle.

Is the Queen following Meghan and Harry's lead?

Angela Kelly's new book, "The Other Side of the Coin: The Queen, the Dresser and the Wardrobe," details her close working relationship with the monarch, first as her senior dresser and then later as Her Majesty's personal advisor, curator, wardrobe and in-house designer.

"In 'The Other Side of the Coin', The Queen has personally given Angela her blessing to share their extraordinary bond with the world," the book's synopsis reads.

"Whether it's preparing for a formal occasion or brightening Her Majesty's day with a playful joke, Angela's priority is to serve and support.

"Sharing never-before-seen photographs - many from Angela's own private collection - and charming anecdotes of their time spent together, this revealing book provides memorable insights into what it's like to work closely with The Queen, to curate her wardrobe and to discover a true and lasting connection along the way."

Although the book is said to primarily focus on Kelly's relationship with Her Majesty, she does provide insight on situations outwith her role as the Queen's designer.

For instance, Kelly uses the book to clear up rumours that the Queen broke protocol by embracing Michelle Obama during her State Visit in 2009, writing: "In reality, it was a natural instinct for the Queen to show affection and respect for another great woman, and really there is no protocol that must be adhered to."

With multiple headlines written about the Queen daily - many of them exaggerated or false - it's interesting that she chose to speak on something Her Majesty was criticised for 10 years ago. Since the monarch personally approved the book, it's evident that this is something she felt should be included, too.

This is a stark contrast from the "never complain, never explain" mantra Her Majesty adopted from the Queen Mother.

As the world's longest-reigning monarch, Her Majesty has only taken part in one documentary - "The Coronation" - a 2018 BBC documentary showing the behind-the-scenes aspect of royal life.

For the special programme, Her Majesty gave her first and only televised exchange with a journalist.

The journalist, Alastair Bruce, reportedly wasn't allowed to ask interview-style questions, but was to simply engage Her Majesty in conversation instead.

The documentary took place just months before Markle married into the family later that same year.

Although the Queen appears to be following Harry and Markle's new candid approach to royal life, this isn't the first time a member of the royal family has done so, according to Majesty magazine's managing editor Joe Little.

"This may be a rare book by a serving member of royal staff, but for a long time people such as the Prince of Wales have cooperated with official biographies and lots of TV documentaries," Little told Insider. "From that perspective nothing has really changed."

Scobie says that perhaps the only reason Harry and Markle's documentary shocked the public is because it marked the first time they spoke in such detail about their relationship with the media. The Duchess of Sussex speaking about her struggles with fame.
ITV News

"It's difficult for them, because I would imagine in so many respects they want to keep every element of their private life away from the public eye," Scobie said on "The HeirPod" podcast.

"But when you live and serve the public in such a way that they do as working members of the royal family, it's difficult to have such a distinct line. There does have to be that sort of personal element in there as well."

He added: "We have seen Prince William and Duchess Kate speak in the past about the struggles that they faced dealing with public criticism, and just the pressures that come with the job.

"So in some ways, this isn't new to hear the couple speak so candidly, or any members of the royal family speak so candidly. But I think with Harry and Meghan, it was the first time so it came as a shock."

The most well-known example of this is Princess Diana, who famously spoke about Prince Charles' relationship with Camilla Parker Bowles on BBC's Panorama in 1995, saying: "There were three of us in the marriage, so it was a bit crowded." 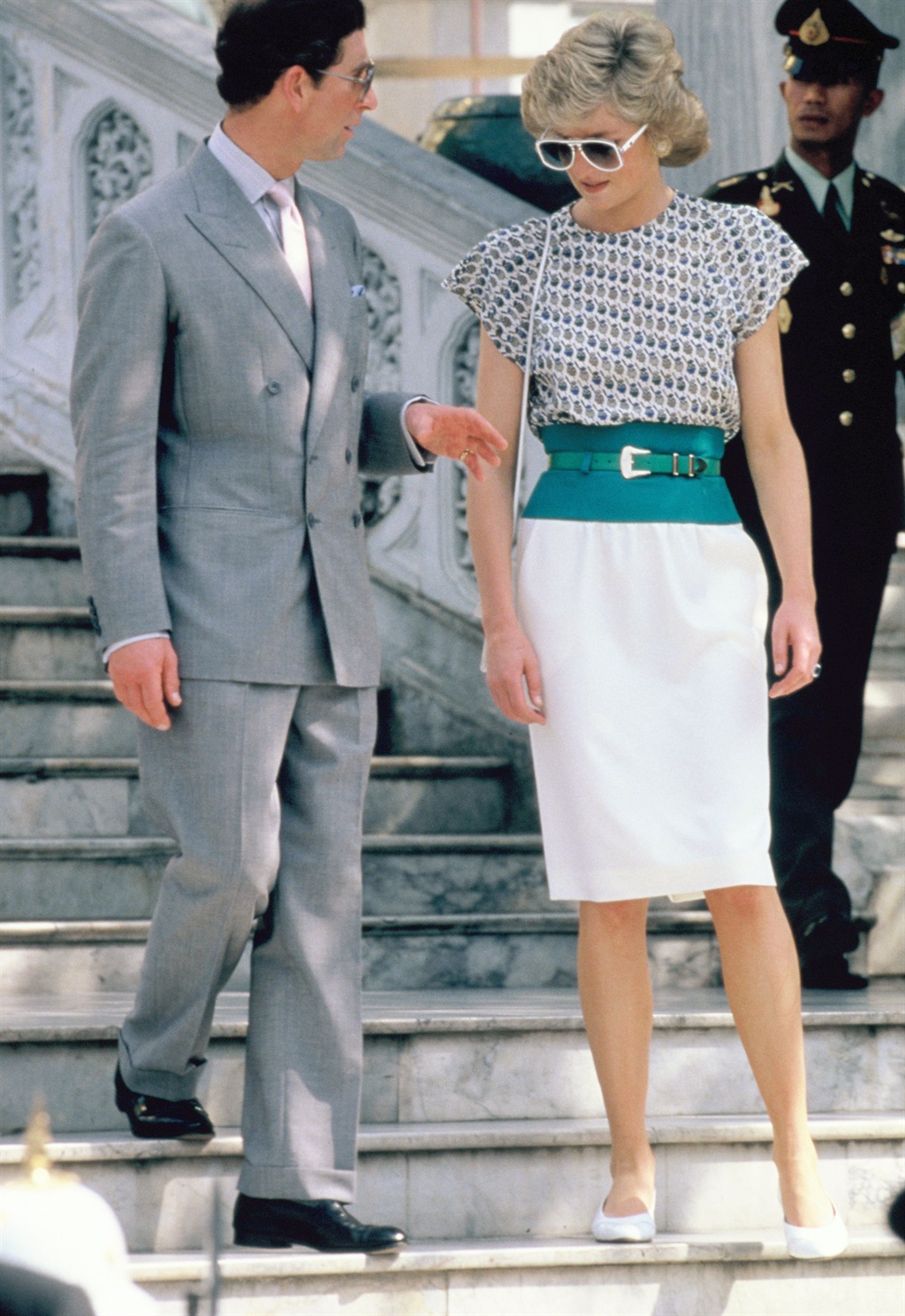 She also spoke about the unwelcome media attention that followed marrying into the royal family - words that eerily foreshadowed Markle's own interview about the same subject.

"The most daunting aspect was the media attention, because my husband and I, we were told when we got engaged that the media would go quietly, and it didn't," she said.

"And then when we were married they said it would go quietly and it didn't; and then it started to focus very much on me, and I seemed to be on the front of a newspaper every single day, which is an isolating experience, and the higher the media put you, place you, is the bigger the drop."

Nonetheless, it's worth noting that when Diana gave this interview, she was in the process of separating from the Prince of Wales, and hence separating from her position within the royal family.

While there has been speculation that Harry and Markle could give up their own titles in favour of an ordinary life, this has not been confirmed by Buckingham Palace.

Therefore, we should consider their recent abandonment of the "stiff upper lip" something which has been done knowingly as senior royals as they continue to shape their roles within the family.

If Harry and Markle continue on this path - with the seeming support of Queen Elizabeth - this certainly has the potential to change the way the royal family operates - or at least, their relationship with the media moving forward.