Rolex is making plenty of watches, but good luck getting your hands on one 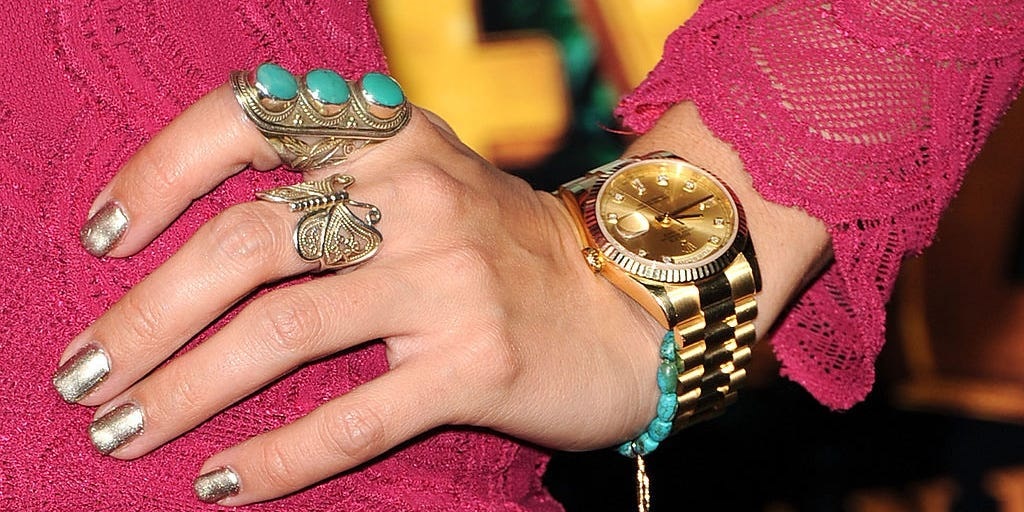 In a year marked by shortages, one in particular is not like most of the others.

Although the supply of Rolex watches may have briefly been disrupted by production and supply chain problems at the peak of the coronavirus pandemic, that's not the reason they're so hard to find – or so expensive when you do locate one.

The issues of the past two years are a mere blip compared with larger trends happening in the luxury watch market generally and with Rolex specifically, Adam Golden of Menta Watches told Insider.

"Rolex seems to have structured their business in such a way that they're controlling distribution and who gets what, at a retail level," he said. A decade ago most models were available on-demand from authorised dealers (ADs) of the brand, he explained.

Rolex did not respond to Insider's request for comment on this story, but when Yahoo Finance covered the shortage, the company broke its characteristic silence to say that "the scarcity of our products is not a strategy on our part."

The statement also pointed out that all Rolex watches are assembled by hand at one of its four locations in Switzerland, a process that "naturally restricts our production capacities."

On a visit to a dealer in Florida this Summer, Golden said there was just one Rolex available to buy — a ladies' Datejust that a customer had ordered and cancelled.

But Golden says watches are still flowing to the brand's preferred ADs, and that the backlog is more illusion than reality. Rolex is generally believed to produce as many as a million watches per year.

"Rolex would like to perpetuate the image that there's a shortage and that there's such high demand that they can't produce enough to satisfy the demand, but I think in reality it's just very controlled release in order to keep that demand super high," he said.

Another result of this constrained supply of new watches is the absolute explosion of prices on the resale market where some timepieces now command far higher prices used than they do at the retail counter.

For example, a steel Daytona is advertised on the Rolex website for $13,150, but over at Chrono24 the exact same watch is listed for more than $36,000.

Rolex is by no means alone here.

Patek Phillipe's Nautilus Ref. 5711 has become so popular on the secondary market that the steel sport watches easily triple in value from their retail price, with pre-owned 5711's selling for $100,000 or more. A special-edition Tiffany Blue Nautilus sold for a record high $6.5 million at auction earlier this month.

Still, Rolex is arguably the leading brand in the pre-owned watch market, which is expected to reach $29 to $32 billion in sales by 2025, according to a report from McKinsey.

The surge of interest is giving a lift to other historic brands, according to Charles Tian, the founder of WatchCharts.

"Collectors are looking for alternatives," he told Insider. "So overall, the whole watch market is boosted by this interest in the upper echelon."

Whether the move is strategic or not, the bottom line is Rolex is following a playbook developed under the leadership of André Heiniger, which has served the company well for over half a century.

"Rolex could probably do a number of things to fix the current situation and increase the supplies of these watches and dampen the secondary market," Golden said. "But I think at this point they're choosing not to, because it's good business for them.