2019 will be an extraordinary year in space — here's what NASA, SpaceX, and China have in store An illustration of SpaceX's Big Falcon Rocket, or BFR.
SpaceX

When it comes to events in space, 2019 is going to be an extraordinary year.

That's not to say 2018 will be an easy act to follow. After all, SpaceX debuted the world's most powerful operational launch system (called Falcon Heavy), sent a car beyond Mars, and helped lift off more orbital rockets than in any year since 1990.

With a few exceptions, NASA also had a momentous 12 months: The US space agency announced its first-ever commercial astronaut crews, began a new hunt for Earth-like planets, sent a probe to "touch" the sun, and landed its InSight robot on Mars.

China, meanwhile, crashed an old space station into the ocean and launched a small fleet of moon satellites.

But 2019 will be a doozy - a sentiment that NASA administrator Jim Bridenstine highlighted after NASA's recent Mars landing.

"Right now at NASA, there is more underway than in I don't know how many years past," Bridenstine said during a live broadcast. "It's a drought, and then all of the sudden there's all of these activities."

Here are some of the biggest events you can expect from aerospace companies, government space agencies, and the night sky next year.

January 1: NASA's New Horizons probe will fly by Ultima Thule, the farthest object humanity has ever tried to visit After NASA's New Horizons spacecraft flew past Pluto in July 2015, the robot kept going. The space agency now plans to use the nuclear-powered probe to visit an icy body called Ultima Thule, or 2014 MU69. The object is in the Kuiper Belt, about 4 billion miles (6.4 billion kilometres) from Earth, and researchers think it's a peanut-shaped rock.

Overnight on December 31, 2018 - New Year's Eve - and into January 1, New Horizons will fly by, study, and photograph the mysterious object. Scientists estimate that it's perhaps 32km long and 19km wide (roughly the size of a city). New Horizon's flyby will make Ultima Thule the most distant object ever visited by humanity.

January 7: SpaceX plans to launch its Crew Dragon spaceship for the first time SpaceX, the aerospace company founded by Elon Musk, plans to test-launch its new Crew Dragon spaceship, sending it into orbit from Cape Canaveral, Florida. The vehicle was designed and built for NASA to help replace the agency's space shuttle fleet, which was retired in 2011. The eventual goal is to get astronauts to and from the International Space Station (and forgo using Russia's increasingly expensive Soyuz spacecraft).

In this first flight for Crew Dragon, the vehicle will automatically dock and undock with the space station in orbit. But no astronauts will fly on board. Instead, the test aims to show the system is safe for two crewed test flights planned for later in the year.

January (TBD): SpaceIL plans to be the first private company to launch toward the moon 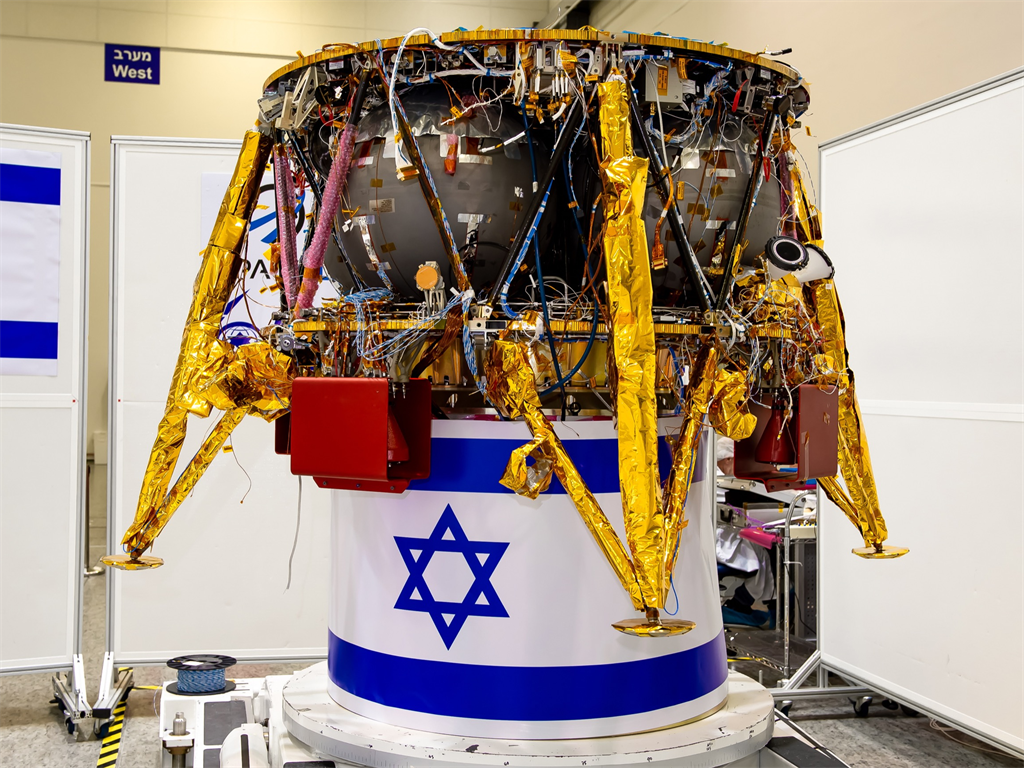 SpaceIL, a non-profit backed by a billionaire in Israel, has built a 1,300-lb (about 590kg) moon lander.

The organisation first formed to compete for the $20 million (R270 million) Google Lunar X Prize, but that competition ended without a winner in 2018. Regardless, SpaceIL kept developing its spacecraft and is now booked to launch on one of SpaceX's Falcon 9 rockets.

The spacecraft will "rideshare" or piggyback into orbit alongside a much larger Indonesian communications satellite, called PSN-6. SpaceIL then hopes to rocket its lander away from Earth and attempt to put it on the moon, arriving on the lunar surface about two months post-launch.

The launch appears to be scheduled for some time in January, which means the lunar landing could happen in March 2019. If successful, the mission would make SpaceIL the first private entity, and Israel the fourth country, ever to land on the moon. The Chandrayaan-2 mission will be the second moon mission for India and its space agency, called ISRO. The mission will have an orbiter, lander, and a six-wheeled rover to explore the lunar surface.

The mission follows ISRO's first lunar mission, called Chandrayaan-1, which began in October 2008. In addition to photographing the moon, the orbiting spacecraft shot a probe that slammed into the surface, kicking up dust to study from afar. ISRO lost contact with the orbiter in August 2009, but NASA found the spacecraft in March 2017. The $1 billion Juno mission reached Jupiter in July 2016 and has taken many stunning images of the gas giant since then. The spacecraft's elongated orbit brings it past the planet once every 53.5 days in flybys called perijoves.

The probe has so far explored some of Jupiter's deepest secrets, including the mystery of why its Great Red Spot is shrinking. NASA officially extended Juno's mission in the summer of 2018, giving the robot a few more years to continue probing Jupiter. 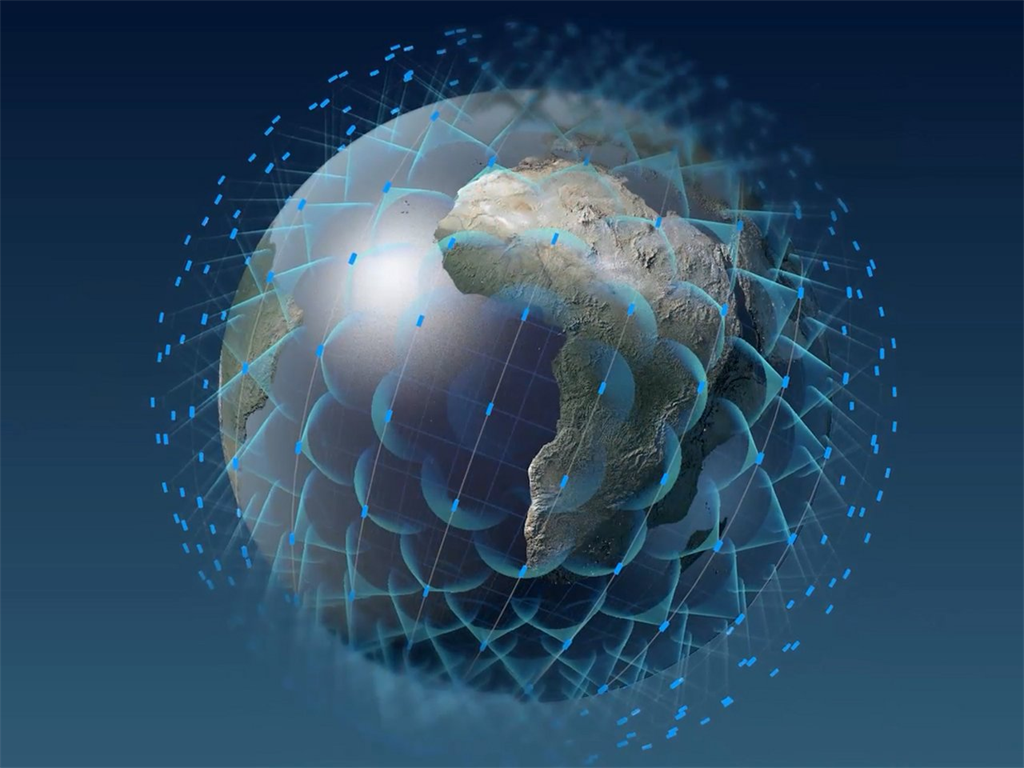 SpaceX hopes to launch nearly 12,000 satellites into orbit - which would dwarf the amount of spacecraft currently in Earth's orbit - over the next decade. The goal is to cover all of Earth with an internet service that is much faster, cheaper, and more resilient than any current service. The company has received approval from the FCC to build the network.

However, so has a lead competitor of SpaceX's: OneWeb. OneWeb, a company based in London, plans to launch many satellites to establish service as soon as it can. The first 10 are slated to launch early in the year, and 10 more could follow in August. Like SpaceX, Boeing is working on spacecraft that will help NASA replace its space shuttle and ferry astronauts to and from orbit. Boeing's spaceship is called the CST-100 Starliner, and the first mission will also be without a crew - the vehicle will autonomously fly to the space station.

Boeing wanted to conduct a test launch of its Starliner earlier in the year, but leaky valves discovered during a test led to NASA delaying the attempt by many months.

The first mission of SpaceX's Falcon Heavy rocket, which is the most powerful operational launcher, blasted Elon Musk's red Tesla roadster and a spaceman dummy beyond Mars.

The vehicle's next mission (and its first paid one) is called Space Test Program-2. The goal is to launch a group of military satellites into orbit. NASA's experimental Deep Space Atomic Clock will also be hitching a ride. The clock aims to bring unparalleled precision in timing to deep-space missions, which should improve communications and navigation. But PSP will make two more flybys this year, each closer to the sun and slightly faster than the one before it. The goal is to crack two 60-year-old mysteries: why the sun has a solar wind and dangerous mass ejections of particles, and how the corona - the star's outer atmosphere - can heat up to millions of degrees (about 100 times as hot as the sun's surface temperature).

PSP will also zoom by Venus on December 26, 2019. The manoeuvre  will use the planet's gravity to draw the spacecraft into a tighter orbit around the sun.

Assuming the first Crew Dragon mission without any people on board is a success, NASA will then launch the next mission with astronauts Doug Hurley and Bob Behnken on board. Each is a veteran of spaceflight, and they could be the first to fly SpaceX's Crew Dragon capsule.

"The first flight is something you dream about as a test pilot, and you don't ever think it's going to happen to you, but it looks like it might," Hurley said in August. 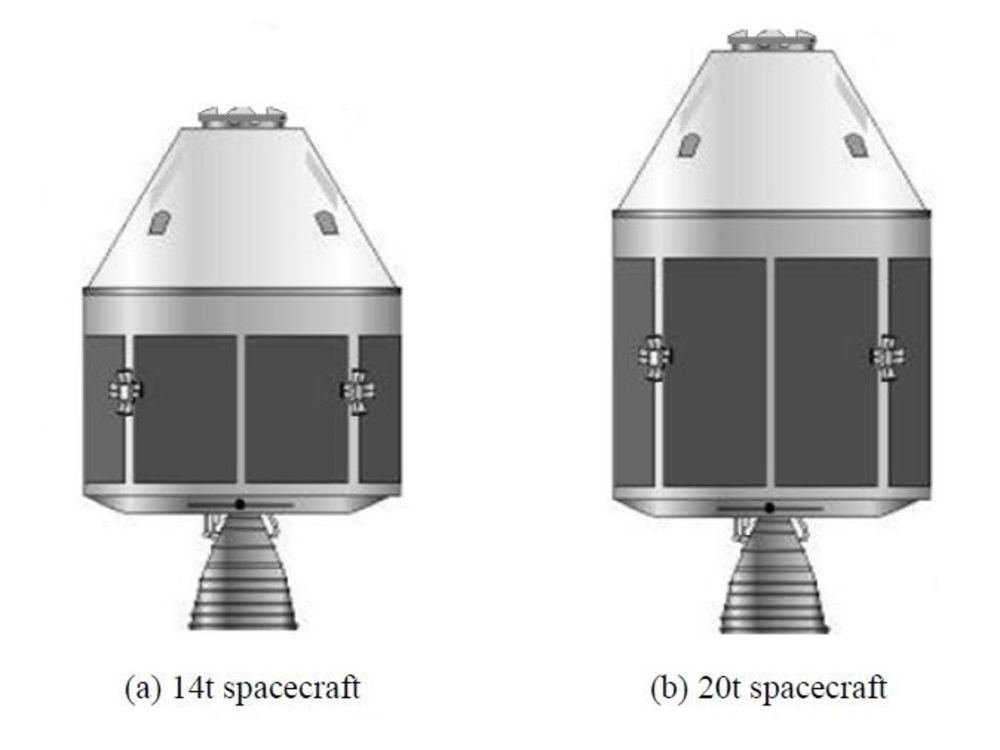 China is not sitting idly by while private companies and other space agencies send people into orbit. The nation plans to conduct a test launch of a vehicle it calls the New Generation Manned Spacecraft sometime in mid-2019. The test won't send up any people, but eventually China wants to use the vehicle to ferry four to six taikonauts into orbit.

November 11: Mercury transits across the sun Mercury is so small and so close to the sun that it's typically difficult to see. However, on November 11, 2019, it will appear to move, or transit, in front of our local star. The last time the planet did this was in 2016, and before that it was 2006, so the event is somewhat rare. If you're going to watch it, make sure you have appropriate protective eye wear (or prepare to get creative).

Late 2019 (TBD): China intends to launch a mission to the moon that could return a sample to Earth China is pursuing an aggressive lunar-exploration campaign called Chang'e (the name comes from a moon goddess). It started with the moon orbiter Chang'e-1, which launched in October 2007. Two more missions after that included landers, a rover, relay satellites, and microsatellites. Chang'e-4 will attempt to set down a new lander and rover on the far side of the moon in December 2018.

But Chang'e-5 will be China's most ambitious moon mission yet. A lander will attempt to drill out and scoop up nearly five pounds of lunar soil, then rocket the grit back to Earth. This would give China its first samples of the moon. SpaceX is working on a 387-foot-tall (117m) rocket ship called Big Falcon Rocket. The company is building the top half of the vehicle, called Starship, under a giant tent in Los Angeles, California.

Elon Musk, the company's founder and chief designer, and Gwynne Shotwell, its president and chief operating officer, have both said they hope to conduct the test launch of the spaceship on short "hops" in South Texas by the end of 2019.

SpaceX is building a similar-looking tent at its facility in Boca Chica, Texas. The company also recently applied for an FAA experimental launch license. The application requests two years to do launch-and-landing tests that could last up to six minutes and rise about 16,400 feet (just shy of 5,000m) in altitude.

Related Links
NASA's InSight lander sent back its first photo of Mars within minutes of touching down — take a...
The best astronomy pictures of the year are gorgeous reminders that we live on a rock that drifts...
A tiny satellite bound for Mars just snapped a photo of Earth that will make you feel puny and...
Next on Business Insider
Mar-a-Lago raid: What we know so far about the search of former President Donald Trump's home and resort