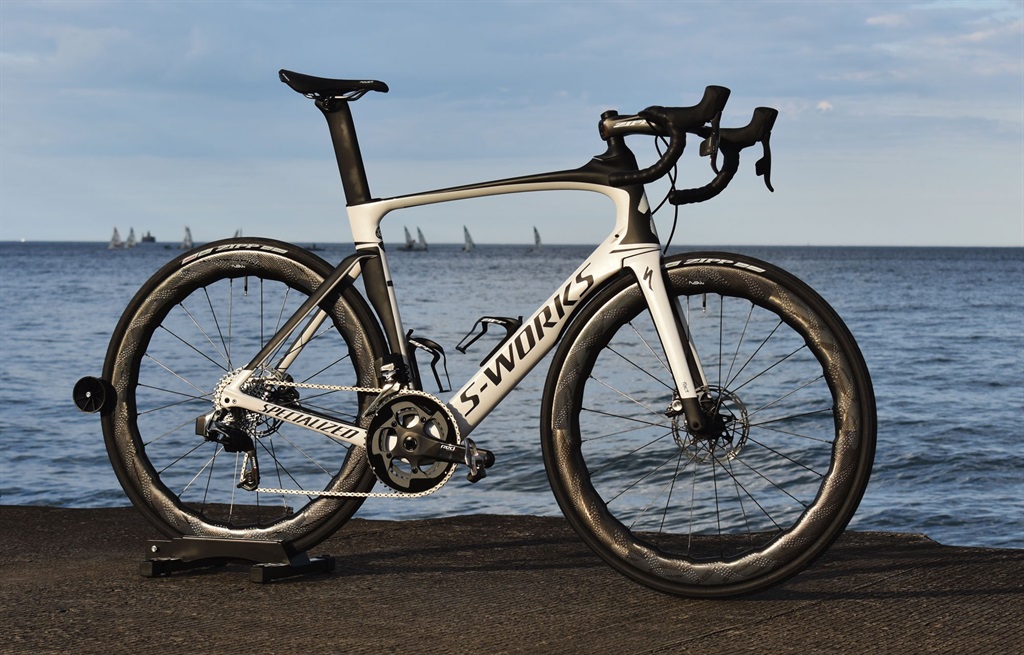 This is a lot of bike.
Daniel McMahon/Business Insider

It's not every day you get to drive the fastest car or fly the fastest plane, so when a leading bike brand agreed to let me borrow its fastest bike, I got plenty excited.

The California-based Specialized sent an S-Works Venge ViAS Disc, a whole lot of bike that has won stages in the Tour de France and countless other top races. It's an aero road bike built to do one thing: go fast.

I've been riding this impressively equipped Venge — with wind-cheating ZIPP wheels, the novel electronic shifting eTap, and powerful SRAM disc brakes — for the better part of a year. Swapping my regular bike for a superbike was like going from a Civic to a Corvette. Here's what it was like. The aero road bike became a thing around the mid-2000s. The new kind of bicycle had a single purpose: to go fast in a straight line.

Engineers tested lightweight carbon-fibre tubes of myriad shapes and sizes to help riders slice through the wind, reduce drag, and go faster. But while the early aero bikes were significantly faster, they handled like time-trial bikes. Over bumpy roads they felt harsh, the handling twitchy. They were not fun to ride.

Thankfully, aero bikes have a come a long way, as has the Venge. Specialized's fastest offering, which has now seen a few iterations, inspires more all-around riding confidence and feels comfortable for a carbon aero bike. Aero design defines the bike, from the cockpit through wheels. The frame is made of Specialized's FACT 11r carbon.
Daniel McMahon/Business Insider

When Specialized rolled out this version of the Venge, in 2016, it said it was the fastest bike it had ever made, as well as "the stiffest and most aerodynamic". That meant something, given that Specialized has its own "Win Tunnel" and for years has been making some of the most sought-after bicycles, which have won just about every race you can name, including world championships, the classics, and grand tours. In fact, the current men's world road champ — and one of the best bike racers of all time — counts a Venge among his quiver. But let's be clear: You buy an aero bike to be the fastest on your group ride or the first across the finish line. At least now you can have your speed and enjoy it, too, because the dragster has evolved to Formula One. When it launched this Venge, Specialized claimed the bike would save a rider a whopping 45 seconds over 40km  compared with the Tarmac, the company's climbing bike, which itself has since been updated.

More stages were won at the 2017 Tour on a Venge ViAS Disc than on any other bike. Germany's Marcel Kittel, one of the world's fastest road sprinters, won a whopping five stages at the 2017 Tour aboard a Venge ViAS Disc. In fact, Kittel made Tour de France history by becoming the first rider in the world's greatest race to win a road stage on a bike with disc brakes. 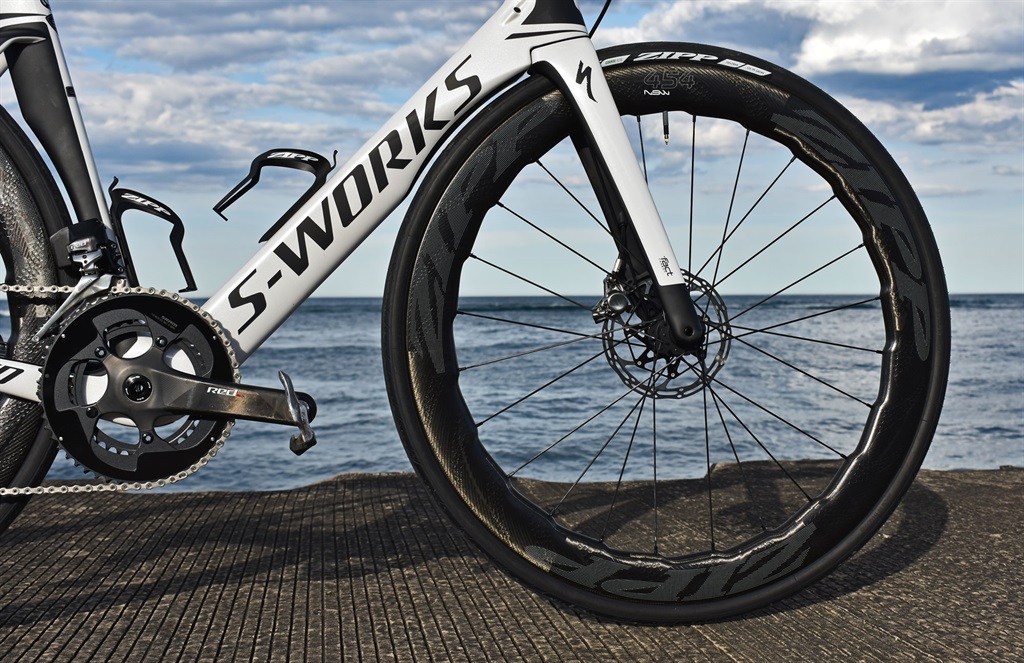 Specialized maxes the aero profile along the seat tube to tuck the rear wheel in closer.
Daniel McMahon/Business Insider

All around the Venge is an emphasis on integration of aero shapes that help limit wind resistance. Traditional stacking spacers are replaced with an elegant aero cover. 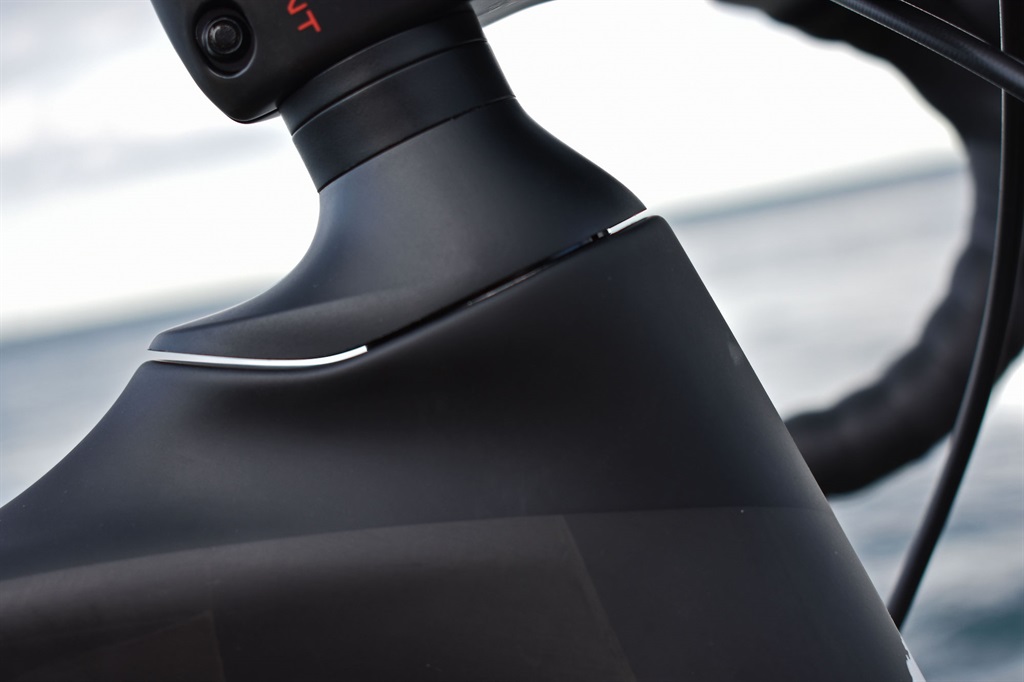 Oversize tubing around the CeramicSpeed bottom bracket makes power transfer from the rider to the bike super stiff and efficient.
Daniel McMahon/Business Insider I didn't used to like flat aero bars: They just looked like overkill. And, more important, I didn't like how they felt when my hands were on the tops. But over time I got used to them, and now I like them on the right bike, as on this Venge. (And, really, round bars would look silly here.) eTap has one battery for the rear derailleur and one for the front. They pop out easily for quick recharging.
Daniel McMahon/Business Insider

My tester came with eTap, SRAM's wireless electronic shifting system. It's quite different from its rivals, notably Shimano's Di2. First, because it's wireless, there are no gear cables running from the cockpit to the derailleurs. It renders a cleaner look and makes cleaning and routine maintenance easier. And you'll never have to replace cables and housing. SRAM says the eTap system on a full charge will provide one month of riding — or 1,000-plus kilometres — under normal use. Typical full charge time for each derailleur battery is about 60 minutes when charged with the provided A/C adapter. There are also batteries for the shifters; they'll last two years under normal use (estimated at 15 riding hours a week), SRAM says. MSRP for the aftermarket eTap groupset is $2,760 (R38,000). Besides getting my first ride on eTap, the most exciting thing about this Venge was riding wider tyres, these being the 28mm ZIPP Tangentes.

Because this bike has disc brakes, you can run wider rims and tyres, which is a beautiful thing. In fact, there has been a trend toward running wider tyres with lower pressure. Conventional wisdom used to say narrower tyres with higher pressure — for example, 23mm tyres inflated to 120 PSI — were faster. But research has found that wider tyres with lower pressure actually roll faster in real-world, non-lab conditions. Plus, a wider tyre gives you greater grip of the road, which means you have more control of the bike.

Perhaps best of all, riding feels more comfortable with less pressure because softer tyres better absorb road vibrations (the tyres literally bounce less). In a sense, your tyres are your only suspension. (I ran 90 PSI in front and 100 in back.) Mated to the superfast ZIPP 454 NSWs, the R28 tyres handled confidently on all roads, including over fine gravel and cobblestones and under heavy braking. SRAM's CenterLine X 160 mm rotors feature an alloy center and steel brake track. There are thru axles in both wheels.
Daniel McMahon/Business Insider

My tester came with the stealth-looking ZIPP 454 NSW carbon clinchers. ZIPP says the rim design comes from studying humpback whale fins, hence the patented sawtooth profile. The dimples? They improve airflow, the company claims. According to ZIPP, the design translates into a faster, more controlled, and more efficient ride in headwinds and crosswinds and under heavy braking.

These are the most stable road wheels I've ridden, and probably the fastest. When riding into strong crosswinds — or even no-handed — I found the 454s to be predictable. This wheelset complements the aero Venge nicely, and the wide rim profile allows for the plump 28mm tyres, making for a fast pairing. The wheels don't come cheap; you'll pay $4,000 (about R55,000) for the set. 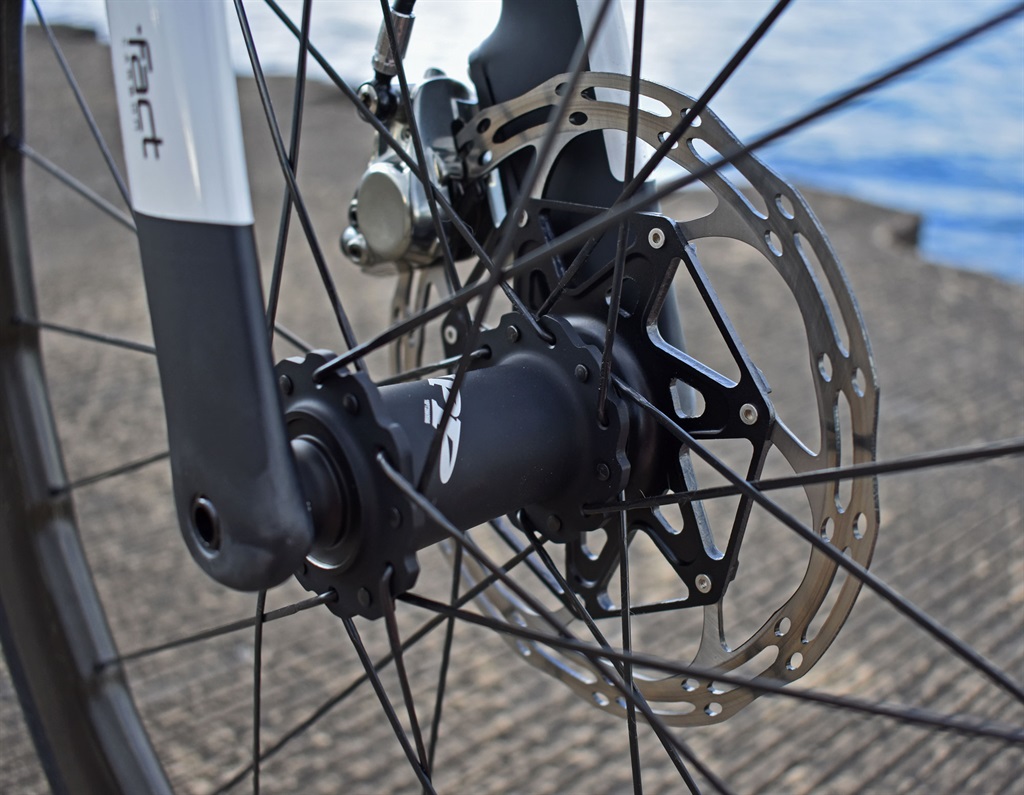 Just as electronic shifting is replacing mechanical, disc brakes are becoming more ubiquitous on road bikes. Discs first appeared on mountain bikes, then cyclocross bikes, then gravel bikes, and now road bicycles. Last year I saw some Tour riders on discs, but this time around we should see full teams on them. While rim brakes might be easier to work on and be more aesthetically pleasing to some, disc brakes dissipate heat better and provide better modulation; in other words, they give you more secure and smoother stopping power.

Ever try to stop quickly and confidently in the rain on a bike with rim brakes and carbon wheels? Not fun! Discs just function better. The drawback is they're heavier and more expensive, but over time that will change, too, in consumers' favour. My tester came with a SRAM Red 11-speed cassette with a massive gear range (11-32) that served me well everywhere I went, whether up punchy climbs or long, steady ones, down 80km/h descents, and in all direction of wind. Up, down, and all around.
Daniel McMahon/Business Insider

I rode the Venge on all the roads I normally ride — smooth tarmac, chip seal, light, fine gravel, bike paths of all stripes, over cobbles, and even in the grass when a couple of occasions called for it — but also up 760m climbs. What continually impressed me was how well balanced and fast the bike felt at high speed.

Even when throwing my weight around movement felt stable, smooth, fluid. In this respect it was unlike any bike I've ridden to date. And even though he was sponsored by Specialized, it wasn't for nothing that one of the best classics riders said the Venge ViAS Disc was the "best bike" he ever had. No mountain goat, but no slouch uphill, either.
Daniel McMahon/Business Insider

The Venge was at its best and liveliest in sprints, on flat, windy, winding roads, over rolling hills, and down the fastest, twistiest descents. It's a serious bike whose aero qualities are most fully realised at high speed. What's one of the fastest aero bikes like uphill? Surprise: It was absolutely good. Yes, with the discs there is a weight penalty of nearly a pound (0.45kg), and you could easily find a lighter wheelset if that's a priority; but remember, too, this is a larger bike at 58cm.

I still found the Venge to be a steady, smooth climber. At low speeds it doesn't have the light, snappy responsiveness of, say, the Tarmac, but for a bike that prizes speed above all, it's still a perfectly good bike for some serious climbing, though it wouldn't be any mountain goat's choice on a big-elevation day. The upside? You'll descend faster on this bike than most any other, and do so with a healthy sense of control and balance, even at 80km/h. The Specialized Venge ViAS was the winningest bike at the 2017 Tour de France.
Daniel McMahon/Business Insider

This is a lot of bike, more than most roadies will probably ever really need. It's also expensive, prohibitively for most. But it rides incredibly well and is wicked fast while being super stable. And while there are plenty of fine bikes out there that cost a lot less, none that I have ridden come this close to perfection, if that even exists. If money were no object and I didn't spend much time climbing mountains, I'd seriously consider this bike as my go-to.

For some — especially the weight-obsessed — the negative with this Venge, besides the price, is its heft: In size 58cm with pedals it weighed just over 8kg. Yet a slightly heavier bike isn't going to be an issue for those who ride mostly flat roads, race criteriums and flatter road races, and the like. And if you do want to hit the climbs now and again, you're still good to go on a Venge.

Bike weight, in my view, is massively overrated among enthusiasts and weekend warriors. If you love going uphill and want to stay on a Specialized, I'd opt for the brand's climbing bike, the Tarmac. But unless you pedal a bike for a living, weight should not be criterion No 1; compliance, handling, and road feel should come before for us amateurs. The Venge ticks all those boxes and then some.

So who's this bike for? It's ideally suited to deep-pocketed hardcore roadies and competitive cyclists who want one of the fastest, best-performing aero road bikes. Think Formula One. It's about covering ground quickly, on flat terrain, in sprints, and downhill.

Everything is engineered to slice through the wind and give you "free speed." And my first impressions — wicked fast, comfortable, balanced, predictable — remain true a year on.