Watch: Lions rescued from Gaza settle into their new SA home – and feel grass under their feet for the first time 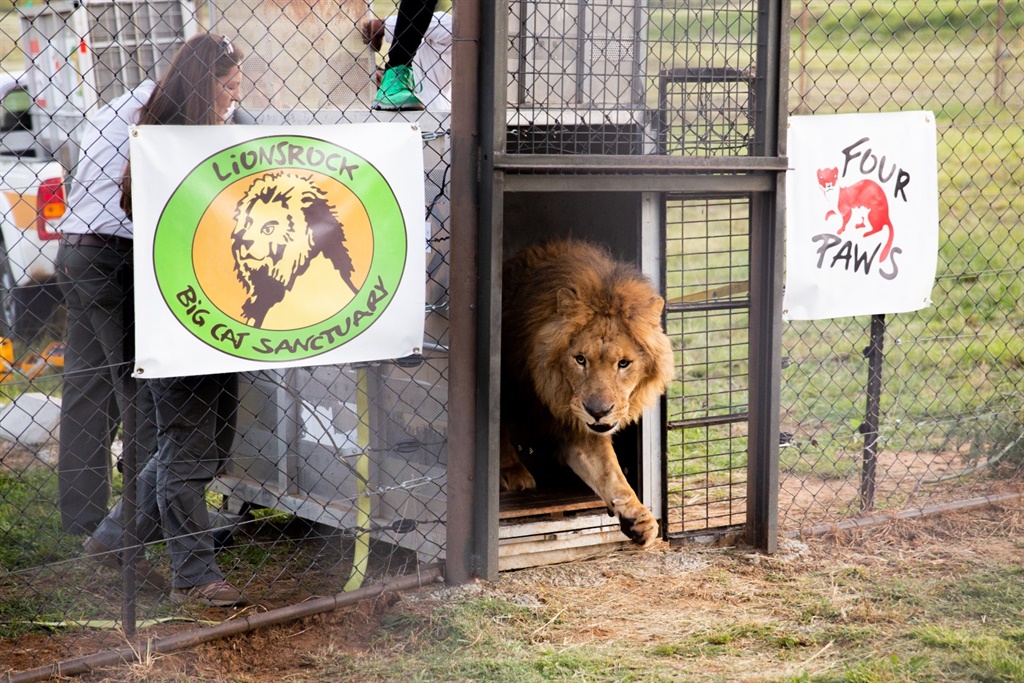 Motan and Pisa were rescued from the notorious Rafah Zoo in Gaza after spending their first few years living in concrete cages, under horrific conditions.

When the lions arrived at their new home, Lionsrock near Bethlehem in South Africa's Free State province – the pair were very insecure about their new environment, says Hildegard Pirker, head of the animal welfare department at the sanctuary.

“After two weeks at Lionsrock and monitoring them intensively, we decided to release them into the bigger part of their enclosure. Prior to this we kept them in the feeding area of the enclosure to let them get used to the new surrounds. We saw that both of them were getting used to their enclosure and becoming more curious about the bigger area.

“It is incredible to see the excitement in their exploring of this new space that they find themselves in. There is still a lot of rehabilitation to be done, and we will in the coming weeks give them enrichment to stimulate their natural behaviour,” says Pirker.

The animals – five lions, a hyena, several monkeys, wolves, porcupines, foxes, cats, dogs, emus, ostriches, and squirrels – came from the Rafah Zoo. The zoo made headlines in early 2019 when four lion cubs froze to death. Weeks later, footage surfaced of an incident in which garden shears were used to declaw a lioness.

After months of preparations and several attempts, the rescue mission took Four Paws to Gaza on 4 April. A team consisting of veterinarians and wildlife experts started the almost 300-kilometre journey to Jordan with the 47 rescued animals on 7 April.

The majority of the animals were released into wildlife sanctuaries about one hour away from Amman. Only Motan and Pisa continued on to South Africa.

In previous years, Four Paws has been successful in saving animals from Iraq, Syria and Gaza; most of them have come to Lionsrock.

Motan and Pisa joined the likes of Simba and Saeed, two lions rescued from zoos in Mosul and outside Aleppo in 2017, as well as tiger Laziz rescued from a zoo in Gaza in 2016.

Related Links
Here’s how canned South African lions are advertised to UK hunters – for up to R780,000 each
A tender photo of a lion 'bromance' just won an international competition
A small cottage in the Free State lets you sleep near 77 lions for R1,500 a night
Next on Business Insider
Ukraine's drones are becoming increasingly ineffective as Russia ramps up its electronic warfare and air defences