Take a look: Rafael Nadal just bought a custom luxury yacht that boasts a spa pool and a wet bar 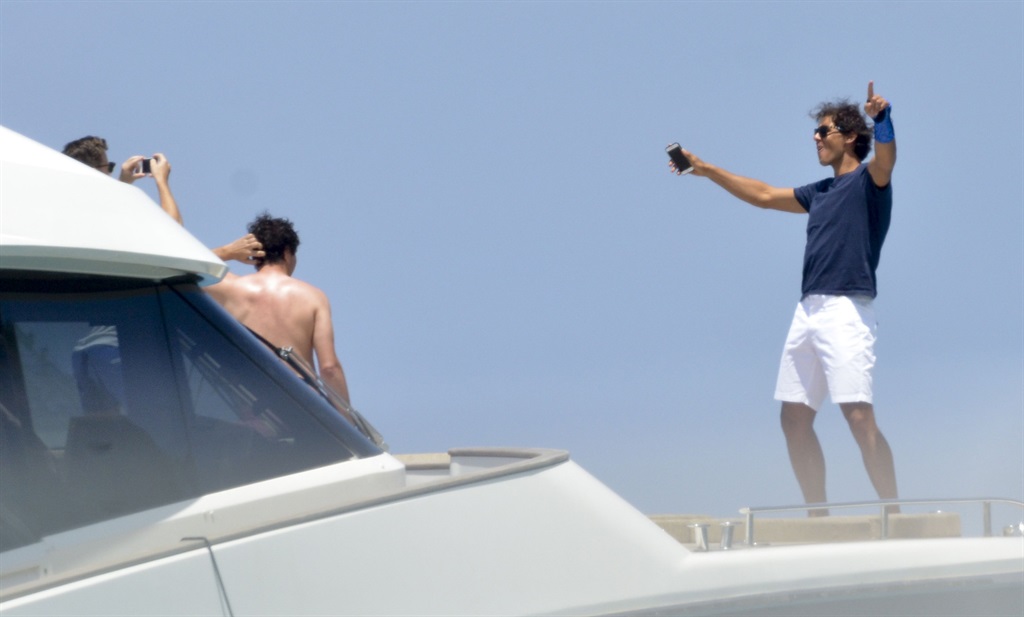 Rafael Nadal celebrated his 30th birthday on a yacht in Ibiza in 2016.
Photo by Europa Press/Europa Press via Getty Images

Rafael Nadal has bought himself another luxury yacht.

The sea-loving tennis champion is used to life offshore. When he's not racking up titles on the ATP tour, Nadal likes to climb aboard million-dollar vessels, go on vacation, and live on the sea.

He has frequently spoken of his love for seafood, paella, and shrimp dumplings, and he likely enjoys all those things when he is living his best life away from the clay, grass, and hard courts of tennis and spending his downtime at sea.

"I love the sea," he said in marketing material published by Sunreef Yachts, adding, "As someone from an island as I am, the sea is part of our lives."

He said that "every time I am at home in Mallorca I try to go out and find that time where I can just enjoy my time on a boat."

According to the marketing material, Nadal has splashed the cash on a custom 24-meter Sunreef Power catamaran.

"We are very excited to have one of the greatest tennis players of all time on board with us," said Francis Lapp, the founder and president of Sunreef Yachts. "Mr. Nadal's personality, skills and strength are an inspiration to us."

Take a look at Nadal's new toy, which will likely be built and delivered by 2020:

Walking around the deck can make for some incredible views on this 80-foot beast.

There are many outdoor areas where you can go shirtless, bask in the sun, and enjoy some Spanish oranges.

The flybridge has enough breadth to house a spa pool ...

... and a wet bar with prime seating to soak up the surroundings.

The cockpit features details so high-tech that they wouldn't look out of place in "Star Trek." Head inside, and there are many places to kick back ...

There are worse ways to spend your millions if you're a yacht lover like Nadal. There are also plenty of places to go swimming ... All that's left to do is set sail to Ibiza.