Ultra-long commercial flights - that will span 20 hours - may lift off from Cape Town international airport by 2022.

The initiative, dubbed “Project Sunrise”, is aiming to have direct flights between Sydney, London and New York, with routes to Cape Town, Rio de Janeiro and Paris also being considered.

Qantas said it is now confident that commercial airline manufactures Boeing and Airbus can build planes that can cover these long routes. 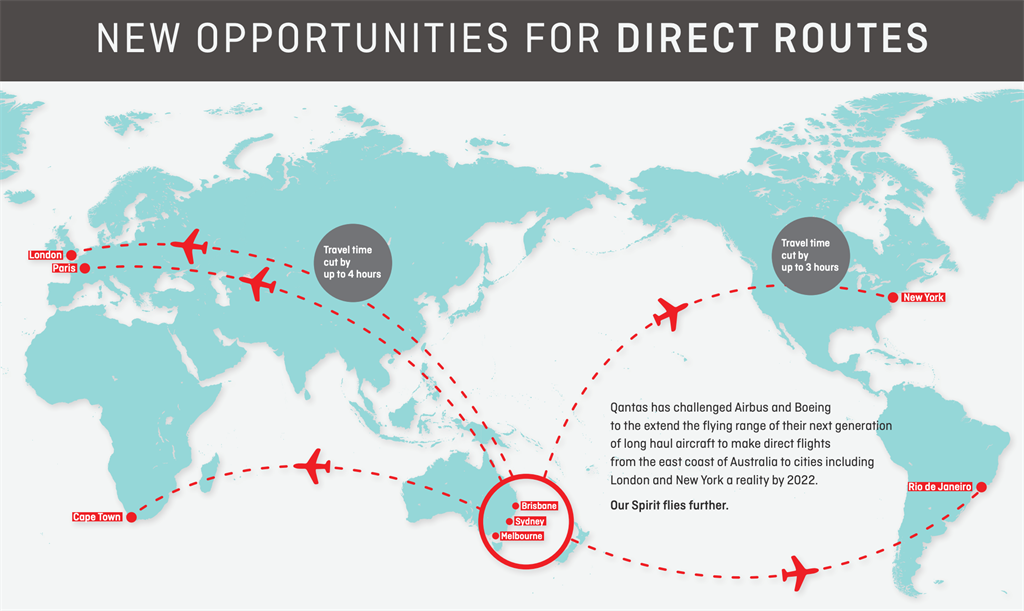 Currently London-Perth flights prove that there is a high demand for non-stop-over flights covering a long distance, a Qantas spokesperson said.

“If the business case supports it, we’ll make a decision on the aircraft by the end of this year.”

The airline said it has been doing research on the customer experience for potential long-haul flights, and what would be feasible.

“Everything is on the table, from an exercise or stretch zone to a crèche.”

Other suggestions include an in-flight café offering alcoholic and non-alcoholic beverages and spaces to do stretch exercises to promote circulation and comfort.

Related Links
This is what OR Tambo International airport will look like in 2020 - after phase one of its R4.5...
Inside the brand-new biggest airport in Africa, which also features the largest Chinese...
The 5 requirements before Cape Town's airport can be renamed
Next on Business Insider
How Jeff Bezos spends his $166 billion, from 10,000-year underground clocks to flying to the edge of space