Australia's Qantas flew over Antarctica in a record-breaking 15,020km flight Last night #QF14 touched down in Darwin carrying 128 passengers including crew as part of a record breaking repatriation flight from Buenos Aires to Darwin. The aircraft travelled 15,020kms - 522kms further than the Perth to London route. pic.twitter.com/9fzmn20G7Y

Qantas' record-breaking 17 hour and 25-minute flight flew 107 passengers 15,020 kilometres across Antarctica and the Pacific Ocean, according to data from FlightRadar24. The service was the company's longest commercial flight by distance and time in the air in its history. Flight QF14 used a Boeing 787-9 jet, registration VH-ZNH, named "Great Barrier Reef." The flight was a one-off repatriation service bringing passengers home from the Argentine capital, according to Qantas. The special operation was 522 kilometres longer than Qantas' regularly scheduled 14,498-kilometre flight from Perth to London, which has been suspended due to the pandemic. 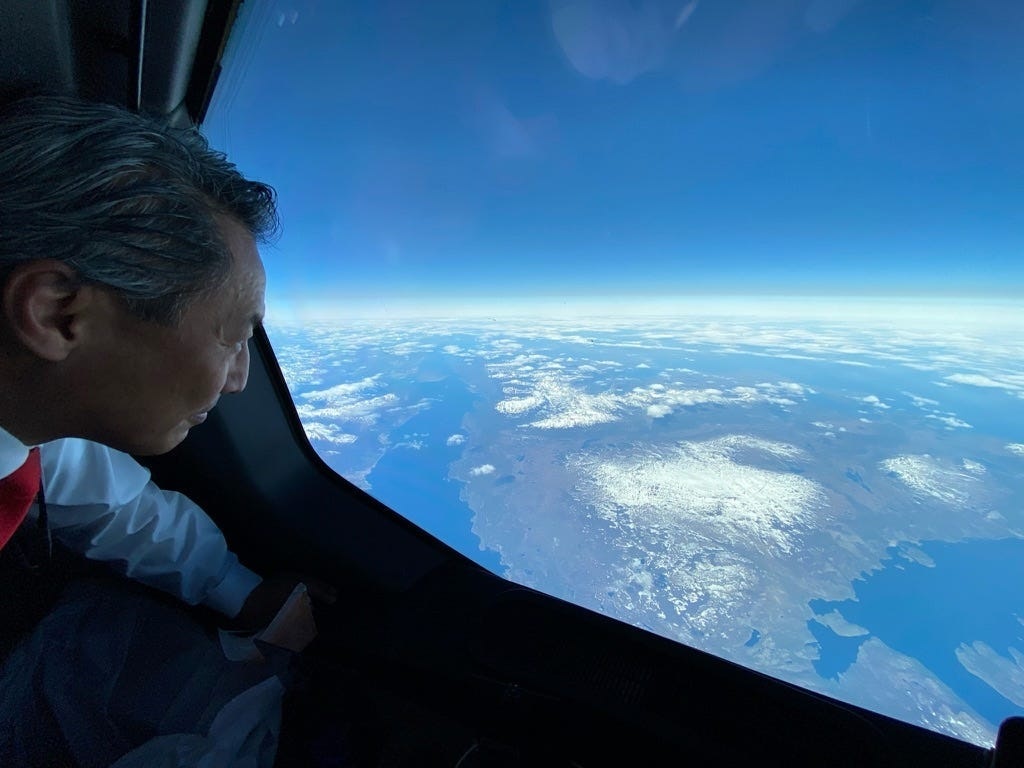 View during the flight
Qantas Airways

According to Qantas, the service was the company's first-ever non-stop flight between Buenos Aires and Darwin and the flight flew entirely in daylight seeing temperatures of -75 degrees Celsius (-103 degrees Fahrenheit) over Antarctica. The carrier also said the flight marks the first time an aircraft has landed in Darwin from every inhabited continent on Earth in a single year, all of which were operated by Qantas.

An amazing view of Antarctica from the cockpit. pic.twitter.com/7iJranqH3v

"Qantas has always stepped up to a challenge, especially when it comes to long-haul travel, and this flight is an excellent example of the capabilities and attention to detail of our flight planning team," Captain Alex Passerini, one of the four pilots on board, said. Qantas is no stranger to long-haul feats. In 2019, it flew an experimental flight, known as Project Sunrise, from New York to Sydney, Australia that lasted over 19 hours.

While this flight was longer than Wednesday's repatriation service, it did not carry paying passengers. Instead, it flew about 50 "guinea pigs" to see how humans did in the air for an extended period of time, so it was ineligible to be the "longest flight."

Currently, Singapore Airlines holds the title for the longest regularly scheduled passenger flight. The mammoth 18-hour journey flies from Singapore to New York on an Airbus A350-900 covering over 15,300km.