QAnon supporters may try to pose as army reserves to infiltrate the inauguration, FBI says 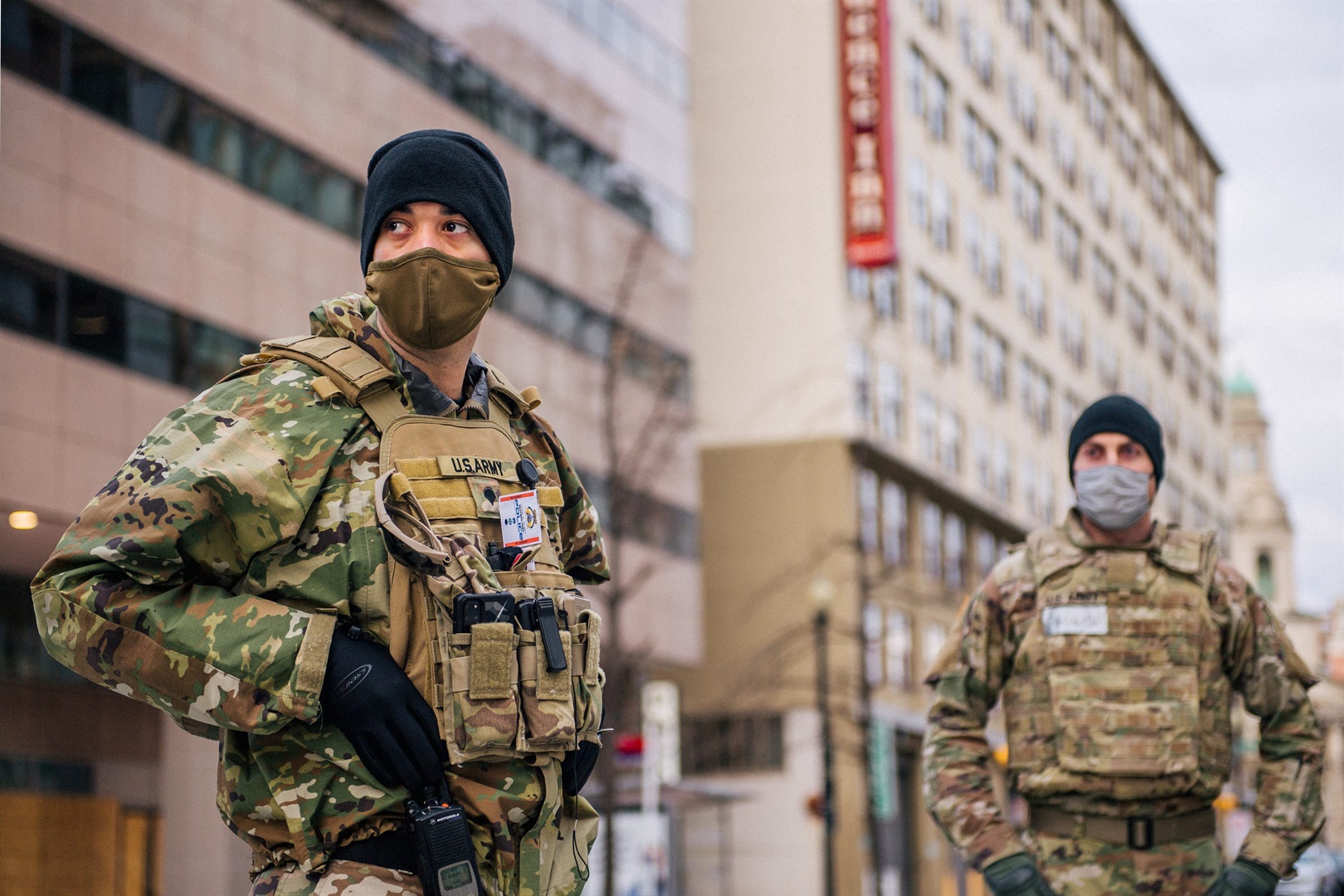 The FBI said they were concerned that both QAnon supporters and "lone wolves" might try and infiltrate the Guard.
Brandon Bell/Getty Images

The Federal Bureau of Investigations warned law enforcement on Monday that adherents to the QAnon conspiracy theory had discussed posing as members of the National Guard to infiltrate Joe Biden's inauguration ceremony on Wednesday, the Washington Post reported.

Doing so, they believed, would help infiltrate the high-security areas of the inauguration.

The bureau's report said the Guard had observed an increase in surveillance in the days following the Capitol Building insurrection. Guardsmen reported members of the public videotaping and recording their maneuvers, and noted that some of those tapes had made their way online.

The FBI warned that QAnon followers and other far-right groups could find National Guard uniforms at Army surplus stores or wear uniforms from past military service. Military garb is often worn at pro-Trump events, and wearing military tactical gear is common at Black Lives Matter counterprotests.

QAnon is a baseless far-right conspiracy theory that claims President Donald Trump is secretly fighting a "deep state" cabal of satanic pedophiles and cannibals. Followers of the theory have largely been banned from online platforms, though a new report from Politifact found that Q posts were still being shared across Facebook and Instagram.

The FBI report also noted that "lone wolves" and other types of conspiracy theorists may come out in full force during the inauguration. However, it did not cite any particular group, plan, or action.

While the FBI report focused on the potential for members of the public to pose as guardsmen, others expressed concern that current members of the Guard might not fulfill their duties at the inauguration.

On Monday, Insider reported that the National Guard was in the process of vetting its members to weed out extremists who may be a liability on inauguration day.

A National Guard spokesperson told Insider on Monday that the DC National Guard would be providing "additional training to service members as they arrive in DC that if they see or hear something that is not appropriate, they should report it to their chain of command" - and that would include fellow guardsmen.

Gen. Daniel R. Hokanson, chief of the National Guard Bureau, told the AP that "If there's any indication that any of our soldiers or airmen are expressing things that are extremist views" the issue would be handed over to law enforcement immediately.

Rep. Steve Cohen of Tennessee appeared on CNN on Monday and suggested that many Guardsmen were Trump supporters who "might want to do something."

"The [National] Guard is 90 some-odd percent male, and only about 20% of white males voted for Biden," he said. "You've got to figure that in the Guard, which is predominantly more conservative … they're probably not more than 25% of the people there protecting us that voted for Biden. The other 75% are in the large class of folks that might want to do something."

The comment drew criticism from many of Cohen's fellow lawmakers and Washington Post editor Glenn Kessler, who tweeted: "Hmmm, does a Democratic congressman really want to suggest that if you voted for Trump you might be a seditionist? What happened to the idea that military people are professionals and do their jobs regardless of political preferences?"

Security for the inauguration is being run by the Secret Service with participation from federal, state, and local law enforcement. Around 20,000 National Guardsmen are expected to be in DC to help monitor the inauguration and keep the peace.