The newest public speaking world champion beat 30,000 other competitors by using a body-language trick she learned from a past winner 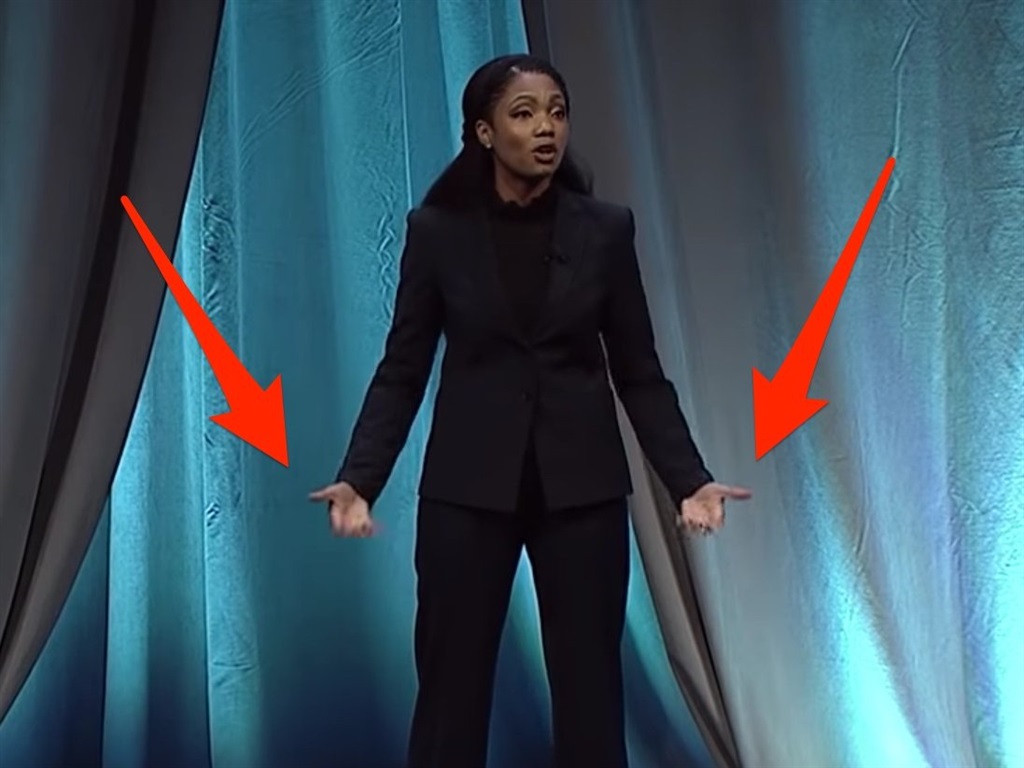 Public-speaking champion Ramona Smith learned to open her palms while she speaks to connect with her audience.

Smith outlasted 30,000 other competitors over the course of six months and seven rounds of competition before being named the winner at the Toastmasters annual convention in Chicago. Her winning speech, "Still Standing," clocked in at seven minutes. You can watch the full speech below:

Smith has been on the public-speaking circuit for four years, and she said what finally pushed her over the edge this year was using a technique she picked up from a former champion.

Throughout her winning speech, Smith had her hands facing outward toward the audience. It's a subtle piece of body language that Smith said helped draw her audience in and relate to her.

"If my hands are open to the audience, and my fists are not closed and my arms are not too tight towards my body, it just makes the audience feel more connected, like I'm really open," Smith told Business Insider. "I'm vulnerable, and I want to give you all of me. And it makes me look relaxed and comfortable."

Smith learned the technique from Dananjaya Hettiarachchi, a Sri Lankan human resources specialist who won the Toastmasters speaking crown in 2014.

Hettiarachchi broke down why keeping your palms open is so effective when you're giving a speech.

"If you really concentrate, when you look at the inside of your palm, your eye relaxes," Hettiarachchi told Business Insider. "And a lot of great speakers, they open their palms towards the audience, showing a more openness, and that allows the audience to connect with the speaker better, as opposed to showing the back of your hand."

"Great speakers keep their bodies open, so there is no barrier between you and me."

You can see Hettiarachchi demonstrate the technique in his winning speech, "I See Something."

Opening her palms was just one technique Smith used throughout her speech. Every move in Smith's speech was intentional, from the way she walked across the stage to the amount of time she paused after asking her audience a question.

The end result was a speech that told Smith's unique story in a way no other speaker could.

"At the end of the day, you still have to put your own original spin on it and be bold enough to be yourself," she said.