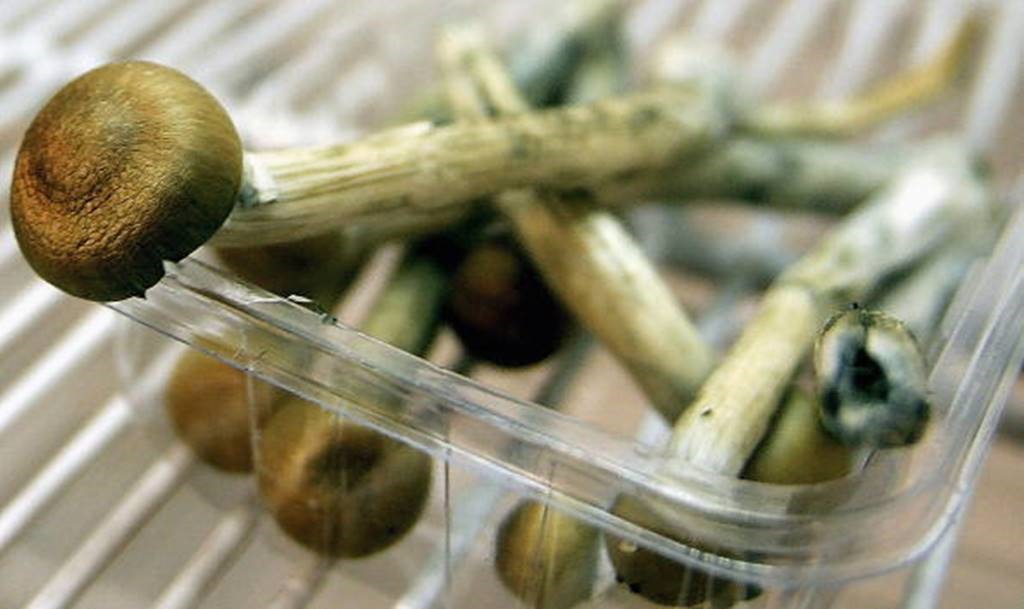 A new study from Johns Hopkins researchers adds to a mounting body of research that suggests psilocybin, the psychedelic compound in "magic" mushrooms, has the potential to treat anxiety and depression symptoms.

The study, published in the journal JAMA Psychiatry on November 4, was the first randomised controlled trial to look at how psilocybin administered in a clinical setting could affect people with long-term, clinically diagnosed depression.

The researchers looked at 24 people who were, on average, 39 years old. The majority of participants were college-educated, heterosexual, and white, and 16 were female while eight were male.

On average, the participants had experienced depression for 21.5 years and didn't have underlying psychotic disorders, such as bipolar disorder or schizophrenia, which could lead to adverse side effects if a person with such a condition were to take psychedelics, study co-author Matthew Johnson told Insider. None of the participants were taking depression medication.

Each participant underwent two day-long sessions where two drug facilitators gave them a capsule of psilocybin — first a 20 mg "moderately high" dose then a 30 mg "high" dose, and they wore eye shades and listened to instrumental music while lying on a couch.

The two sessions were 1.6 weeks apart, and the participants also did eight hours of preparatory meetings with facilitators, plus two-hour debriefs following each trip session.

The researchers found that 67% of the 24 study subjects reported more than a 50% decrease in depression symptoms after the first drug-trip session. After the second session, 71% of the participants said they noticed a 50% decrease in symptoms.

After seeing patients four weeks following the experiment, 54% of them had no depression symptoms and were considered "in remission."

Though this isn't the first study to look at how psilocybin given in a clinical setting could improve depression symptoms, it is the first randomised controlled study of people with long-term depression that wasn't the result of an illness.

Previously, researchers at Johns Hopkins and NYU conducted multiple small studies of cancer patients who experienced anxiety and depression as a result of their diagnoses. After giving these patients psilocybin, the majority reported an improvement in these symptoms immediately after treatment and over time.

This new study adds to evidence that the psychedelic drug could be an alternate depression treatment for people with differing magnitudes and durations of depression who haven't had success with traditional anti-depressants.

"Because there are several types of major depressive disorders that may result in variation in how people respond to treatment, I was surprised that most of our study participants found the psilocybin treatment to be effective," Roland Griffiths, study co-author and director of the Johns Hopkins Center for Psychedelic and Consciousness Research, said in a press release.

Could psilocybin be the future of depression treatment?

Currently, SSRIs or selective serotonin re-uptake inhibitors, are the most common depression medication class and work by increasing levels of the mood-boosting hormone serotonin in a person's brain, according to the Mayo Clinic.

Johnson previously told Insider we've been using SSRI-type drugs since the 1950s for depression, but there's evidence that they don't work for everyone experiencing mental health problems.

Additionally, he said SSRIs take a few weeks to kick in for someone who is just starting to use them, which isn't helpful for a person dealing with suicidal thoughts. According to a 2015 report from the National Institutes of Health (NIH), about 40 to 60 out of every 100 people notice an improvement in depression symptoms after using antidepressants for six to eight weeks.

"Something with more immediate effects has a huge benefit as a tool in the therapeutic toolbox," Johnson previously told Insider of psilocybin's potential benefits for depression treatment.

There were caveats to the study. The researchers could only test a small sample of people who were mainly white and more moderate severity depressions. Also, the researchers only were able to see the effects of the psilocybin four weeks after the trial.

For that reason, they plan to follow the study participants for a year with three-, six-, and 12-month check-ins, and see how long the two psilocybin sessions appear to help their mental health. Then they will report their findings in another study.