The PlayStation 5 and Xbox Series X are both scheduled to arrive in 2020. Here's how they stack up. Christian Petersen/Getty Images
It's true: By this time next year, a new PlayStation and a new Xbox will have launched.

For those of you keeping score at home, that's the fifth PlayStation and fourth Xbox generation. As such, Sony's next PlayStation is called PlayStation 5. Microsoft's next Xbox's name is a bit less straightforward - it's called Xbox Series X.

Though neither has gotten the full showcase treatment just yet, both Sony and Microsoft have detailed the consoles with a surprising amount of specificity. As such, we've broken down the similarities and differences below - here's how the two consoles stack up: Sony's next PlayStation and Microsoft's next Xbox are eerily similar, especially compared with past console generations.

They have similar chips powering them, similar amounts of memory, and similar storage levels. They both have disc drives (still) and are expected to launch during the 2020 holiday season.

Microsoft and Sony are employing AMD's Navi processors to make their consoles faster than ever and solid-state hard drives to cut down dramatically on load times. Both are using GDDR6 RAM for memory.

Sony has gotten slightly more detailed than Microsoft in one respect: The PlayStation 5 will apparently feature a Ryzen-based CPU from AMD.

Both Microsoft and Sony are touting the ability to produce 8K visuals and support for "ray tracing" (an improved lighting system for game visuals) with all those beefy specs.

The long and short is this: The next-generation Xbox console is using pretty similar tech to what Sony is using with the PlayStation 5 (and vice versa). For the most part, Sony and Microsoft have detailed only the specs of their forthcoming consoles.

But there's one feature both are touting that's directly attributable to their solid-state hard drives: faster loading times.

Both Sony and Microsoft directly cite faster loading times as a tentpole feature of their next-gen consoles.

Both companies are also touting a new lighting feature, called ray tracing, that promises to make in-game lighting more detailed than ever.

And finally, both companies are saying their next-gen consoles will produce 8K visuals - a pretty meaningless promise at this point, given that the vast majority of consumers don't own a TV capable of handling 8K visuals, but it's intended as a means of future-proofing the consoles. "Halo Infinite," the next game in the long-running first-person-shooter series, is scheduled to launch alongside the next Xbox. Additionally, Microsoft revealed "Sensua's Saga: Hellblade 2" as a new game for its upcoming Xbox Series X console, and a variety of games from first-party Microsoft franchises like "Gears of War" and "Forza" are expected to be in the works.

At least two other major games have been announced for unspecified "next-gen" consoles: "The Elder Scrolls VI" and "Starfield." Both games are in production at Bethesda Game Studios, the folks behind the "Elder Scrolls" and "Fallout" series, and, if we're being honest, both are likely to come to the next Xbox and the next PlayStation (and probably PC as well). Bethesda makes multiplatform blockbuster games, and that is unlikely to change with "Starfield" and "The Elder Scrolls VI."

Additionally, there are some logical guesses to make about other games in the works: The annual "Call of Duty" that arrives in 2020 will almost certainly come to the next Xbox and PlayStation, and the same can be said for "FIFA," "Madden," and the next "Assassin's Creed." Services - by which we mean stuff like Xbox Live, PlayStation Plus, PlayStation Vue, and Xbox Game Pass - are a big question mark.

There's no reason to believe that any of these services would suddenly cease to exist on next-gen consoles. Xbox Live and PlayStation Plus transitioned seamlessly from the Xbox 360 and PlayStation 3 to the Xbox One and the PlayStation 4, respectively. It seems likely that they'll do as much once again with Xbox Series X and PlayStation 5.

There is at least one confirmed service coming to the Xbox Series X: Microsoft's wildly popular Xbox Game Pass subscription service. Given that it's the foundation for Microsoft's plans for its future with Xbox, and that the service has been a source of seemingly universal praise for Xbox, it makes a lot of sense that it's moving over.

Additionally, we know that Microsoft's Project xCloud game-streaming service is expected to work on Xbox Series X. Moreover, it's expected to be paired with Xbox Game Pass at some point - a combination that would usher in the first ever Netflix of gaming-style service. 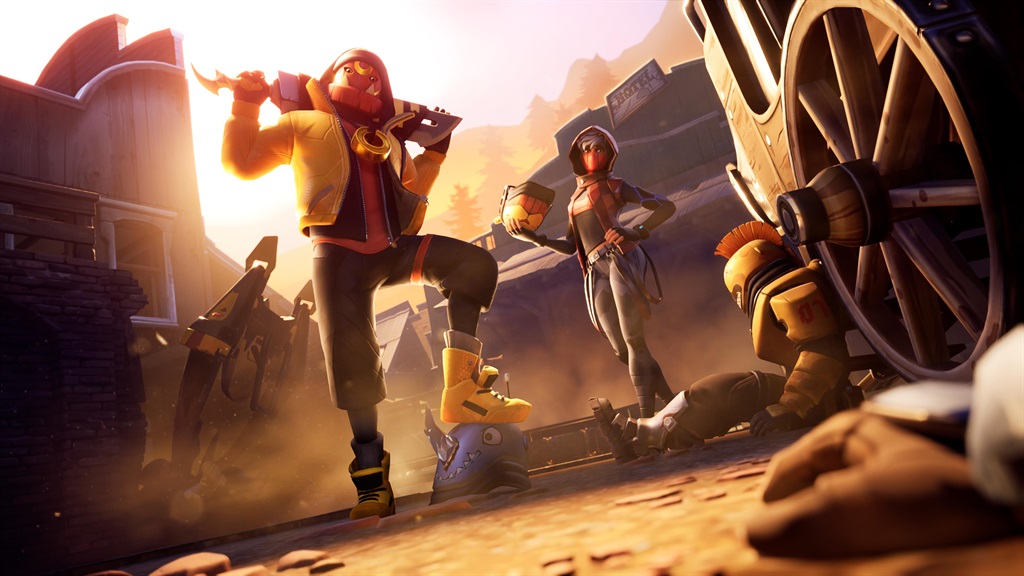 Something both Microsoft and Sony have stated outright is that both of their next-gen consoles will support backward compatibility: the ability to play games from previous console generations.

Microsoft has gone into a bit more detail than Sony in this regard. "The original Xbox games and Xbox 360 games that are backward compatible now on your Xbox One, those will play. Your Xbox One games will play, your accessories will play," Xbox leader Phil Spencer told me in a mid-June interview.

Sony, meanwhile, has said only that the PlayStation 5 would be able to play PlayStation 4 games - a more limited version of the backward compatibility offered on the next Xbox.

Still, both consoles supporting at least some form of backward compatibility is reassuring.

Bonus: Microsoft has gone one step further than Sony, and revealed its console in detail during the 2019 Game Awards ceremony. Check out the video right here:

Related Links
The Nintendo Switch is getting one of the world's most popular games: 'Overwatch'
Sony just gave us a detailed look at what's coming to the PlayStation 4 in early 2020
The PlayStation 5 is still a year away, but game developers already have their hands on an early...
Next on Business Insider
TikTok is being sued after two young US girls died while copying the 'blackout challenge', report says