Goldman Sachs just reached a R67 billion settlement with Malaysia over its role in the 1MDB scandal. An exec who built the trades is still there — and has only gained influence 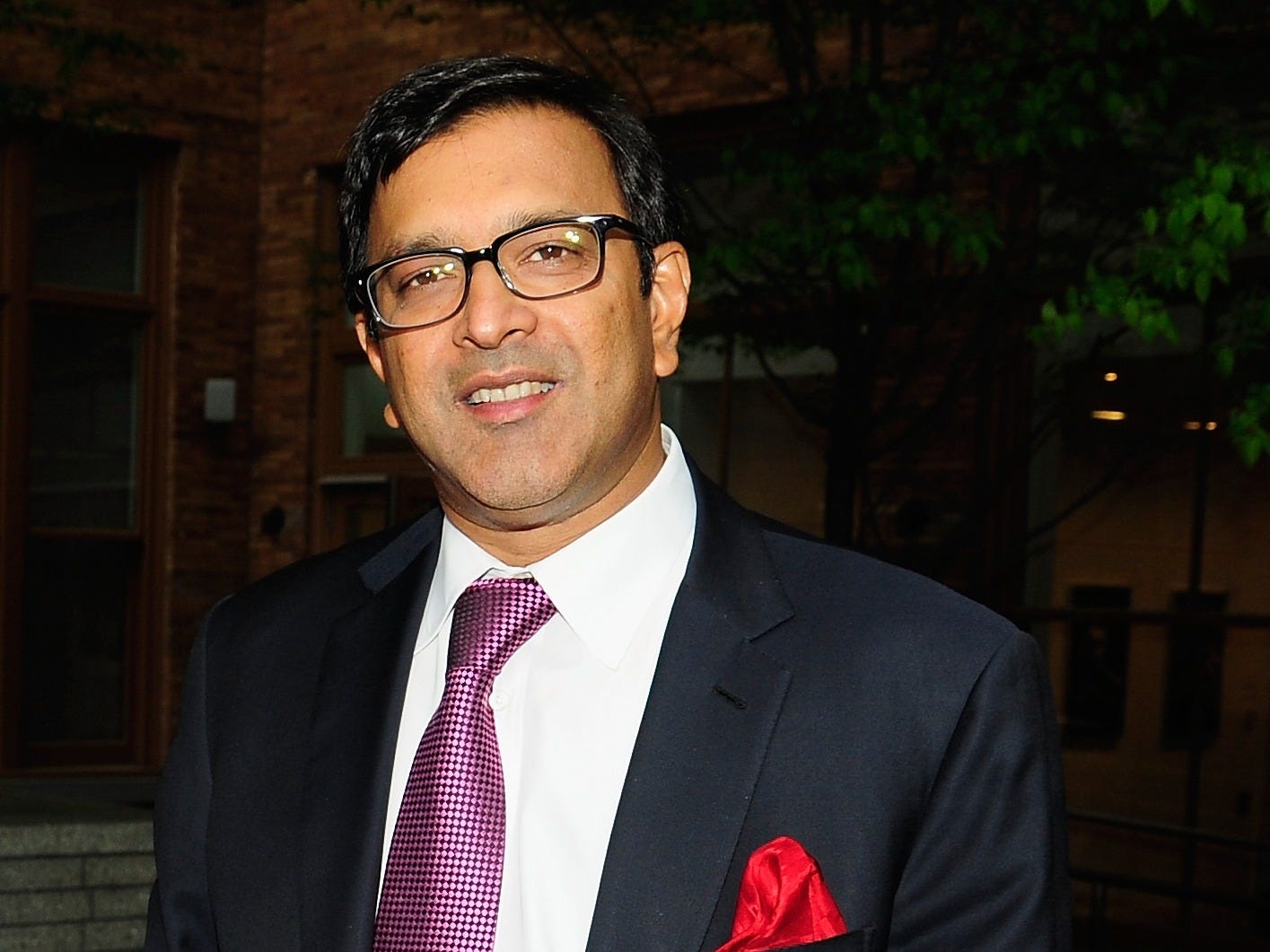 Goldman Sachs executive Ram Sundaram has solidified his position as a senior leader in its mighty markets division.

Goldman Sachs took another step toward putting the 1MDB saga behind it on Friday when it agreed to a $3.9 billion (R67 billion) settlement with Malaysia over the investment bank's role in one of the largest financial frauds in history.

The agreement in principal means the bank will pay Malaysia $2.5 billion (R42 billion), according to a company announcement. That will require it to "materially increase" its provision for legal expenses for the second quarter.

The company will also provide a guarantee on another $1.4 billion (R23 billion) in assets that Malaysia expects to recover from the investigation, insuring that if the value of those assets come up short, Goldman will make up the difference. The assets, which Goldman valued prior to agreeing to the settlement, are mostly real estate like hotels and mansions, according to a person familiar with them who asked for anonymity to describe the talks.

"We are pleased to have reached an agreement with the Government of Malaysia to resolve outstanding charges and claims against Goldman Sachs," the company said in a separate statement. "Today's settlement is an important step towards putting the 1MDB matter behind us and will help enable the Malaysian government to move forward with additional recovery efforts and to execute on its economic priorities."

The settlement wraps up talks that heated up over the last four to six weeks, and clears the way for Goldman to finalize its settlement with the Department of Justice over the same matter, the person said.

As part of the agreement, Malaysia also agreed to drop criminal charges and agreed that no future charges would be leveled against Goldman, its subsidiaries, or any directors, officers or employees, according to the announcement.

Current executives including CEO David Solomon and CFO Stephen Scherr ran business units involved in the 1MDB deals, as did a less well known executive, Ram Sundaram. Sundaram, who has never been implicated in the scandal, played a leading role in structuring the deal. The bank has repeatedly disavowed any knowledge of the fraud.

Last month, Sundaram was handed control of Goldman's currencies and emerging-markets business, solidifying his position as a senior leader in Goldman's mighty markets division and surprising some insiders who knew about his role in the 1MDB affair and consider him a throwback to an eat-what-you-kill era on Wall Street.

In addition to 1MDB, he's had a leading role over the past 15 years in some of the bank's most imaginative - and at times controversial - trades.

For much of that time, he's worked from a secretive but powerful profit center hidden deep within Goldman. Long known as PFI, for Principal Funding and Investments, the unit is well known to Goldman's top brass and seldom touted. It regularly reaps nine-figure paydays, occasionally angering clients in the process.

Business Insider spoke with more than a half-dozen current and former Goldman traders or clients to piece together the details of Sundaram's career and opinions of his management style, publishing a profile of him earlier this week.

A Goldman Sachs representative had this to say several days ago in response to the story about Sundaram:

"Working closely with our investment bankers, Ram and his team have brought their considerable skills to some of our most important clients, recently helping devise financing for great companies like T-Mobile and United Airlines that are navigating a very challenging economic landscape."

SUBSCRIBE TO READ THE FULL STORY: Inside the rise of Ram Sundaram, the leader of a secretive Goldman Sachs desk that's minting billions by designing some of the bank's most imaginative - and controversial - trades

Related Links
Goldman Sachs says oil demand won't rebound to pre-coronavirus crisis levels until at least 2022
Discovery teams up with world leaders in investment management
Goldman Sachs says national mask mandate could save US from a 5% hit to GDP
Next on Business Insider
‘I’ve closed my laundry business. Thank you, Eskom’: The impact of blackouts on one small business