The maximum amount of salt allowed in processed meat will have to be sharply reduced next year.

Under the regulations, published by the department of health in the government gazette on Friday, sodium in polony and viennas (so-called category 1,4 and 5 processed meat) may not exceed 1,150mg per 100g.

Sodium is a key element in salt. The new ceiling is 150g less than the previous 1,300mg ceiling introduced in 2016.

Sodium in raw-processed meat sausages may not exceed 600mg per 100g, down from 800mg.

Sodium in category 2,3 and 5 meats, which are meats which have been heated like like cooked patties and chicken nuggets, may not exceed 650mg per 100g, down from 850mg.

The new regulations will come into effect by April 2020 - and not this year, as was originally intended.

South Africa first reduced the allowed quantity of salt in processed meat in June 2016, and at the time announced that more cuts would come in June this year.

Also read: A bad diet could cause more deaths than smoking, according to a major new study

High salt intake has been linked to heart disease, cancer and kidney failure.

The report estimated that South Africa’s attempt to reduce salt will decrease deaths relating to heart disease by 11%, and save the state R713 million annually in healthcare costs. 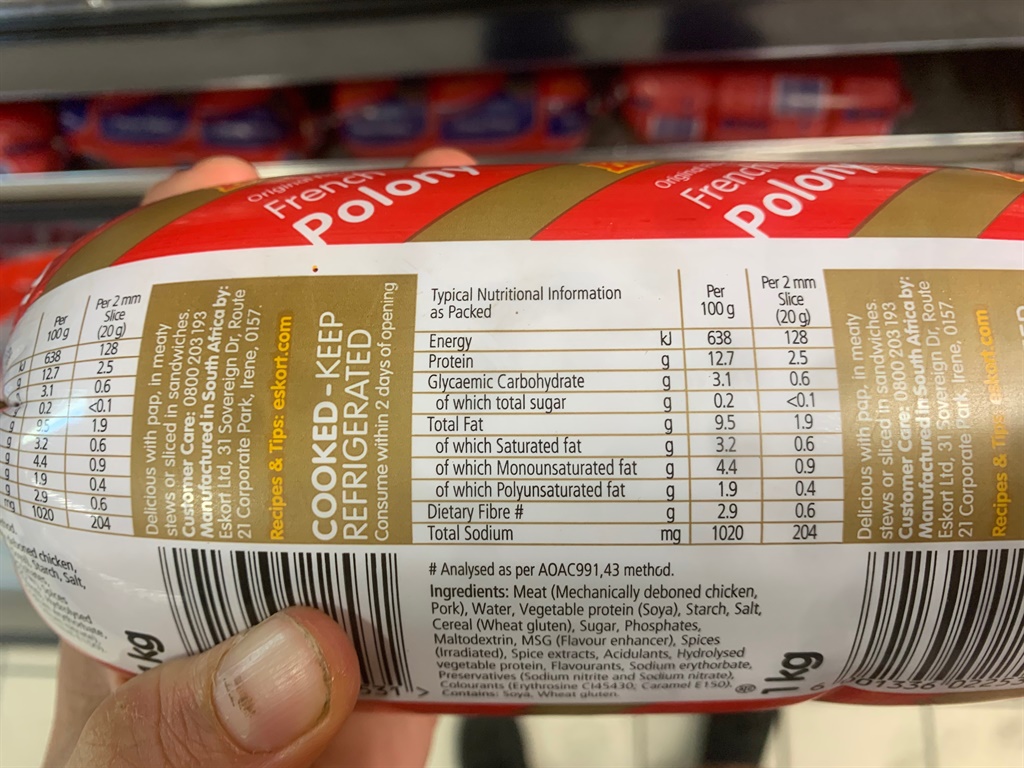 Related Links
Twitter's CEO drinks a concoction called 'salt juice' every morning
A bad diet could cause more deaths than smoking, according to a major new study
A massive new solar power station has come to life in the South African desert
Next on Business Insider
China will stick to its 'zero Covid' strategy even if it hurts the country's economy, Xi Jinping says