Pro-Trump prophet still believes Trump is president, claims that God will 'do something' on April 25 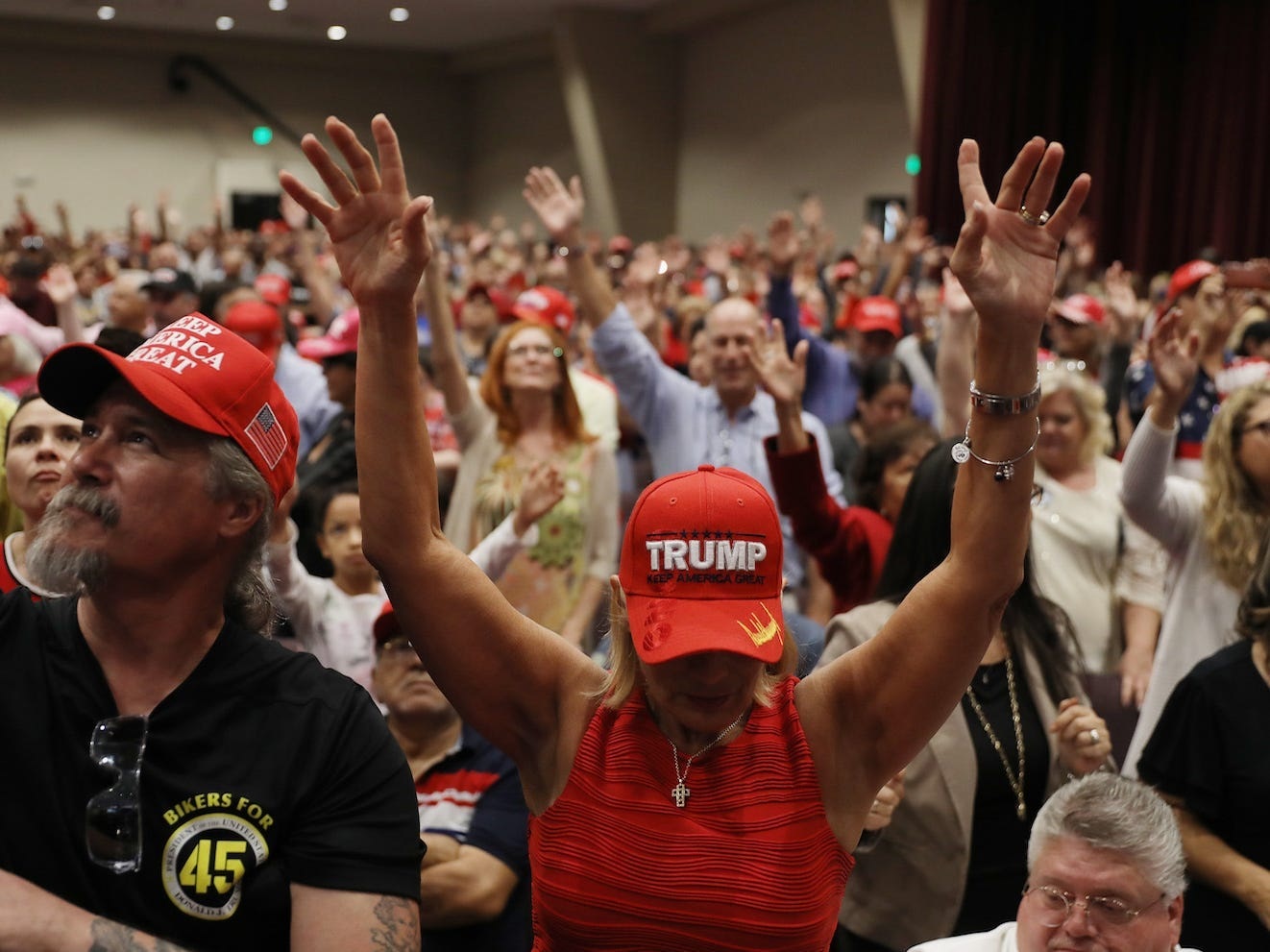 A woman prays during the 'Evangelicals for Trump' campaign event held at the King Jesus International Ministry in Miami, Florida, on January 3, 2020.
Joe Raedle/Getty Images

Self-styled evangelical prophet Jeff Jansen says he still believes that Donald Trump is president, and is certain that God will "do something" to the Biden administration on April 25.

Jansen is the co-founder of the Global Fire Ministries International in Murfreesboro, Tennessee, and a self-proclaimed "prophet."

"You watch what God does in this administration because President Trump still is President Trump," Jansen said. "We're getting ready to see a shift and the whole world is going to witness it."

Newsweek reported that Jansen said to "watch what the Lord does by April 25" or "in that neighborhood." Jansen stopped short of saying what would happen, but mentioned that people would be "dancing in the streets."

It is unknown why Jansen cited April 25 or adjacent dates as the timeframe for said landmark event to happen.

Jansen, who has around 55,000 followers on Facebook, is one of the few evangelical leaders backing Trump who has continued to double down on their "prophecies," even as other far-right "prophets" have retracted their statements.

For one, evangelist Jeremiah Johnson apologized in March for prophesying Trump's re-election in 2021 and said that he was dismantling his ministry.

This is not the first time that Jansen has claimed that Trump is still president, or alluded to a re-reinstatement of the Trump administration. He did so in March, prophesying that the Trump presidency would be re-instated in April, calling the January inauguration a "fake inauguration" for "optics and for posture."

"It's a tale of two presidents right now in America - because President Trump has never conceded, he never agreed to anything, never stepped away, never conceded," Jansen said in March, adding that Trump would re-emerge and restore "civil power" in the US.

This is the second time in a week that Jansen has found himself in the news for controversial statements. Earlier this week, Jansen called the modern church "neutered," "effeminate," and "almost homosexual" in a wild rant. In a long monologue, he said Jesus "was a real man," then claimed in the same breath that all the ushers at his church carried firearms, and were given a license to kill and open fire on "threats" during church service.

The Global Fire Ministries website lists Jansen as a "best-selling author" and "prophetic guidepost," claiming that he is renowned for his "miracle/healing anointing and prophetic ministry."

He has also self-published a book titled "Trump: The Destiny of God's America," and sells it on the church's website for $16.99.