2018 has been an exciting year for royal weddings.

The Duke and Duchess of Sussex were married in St. George's Chapel at Windsor Castle, which will also serve as the venue for this year's next big royal event: the wedding of Princess Eugenie and Jack Brooksbank.

Their big day takes place on Friday, October 12. Here's everything we know about Princess Eugenie and Jack Brooksbank's wedding so far.

Their wedding date of October 12 upholds a longstanding royal wedding tradition of taking place on a weekday. Markle and Harry notably skewed tradition by having theirs take place on the weekend, but Eugenie and Brooksbank are going the more traditional route by holding theirs on a Friday.

The wedding will start at 11AM in the UK, so noon in South Africa. 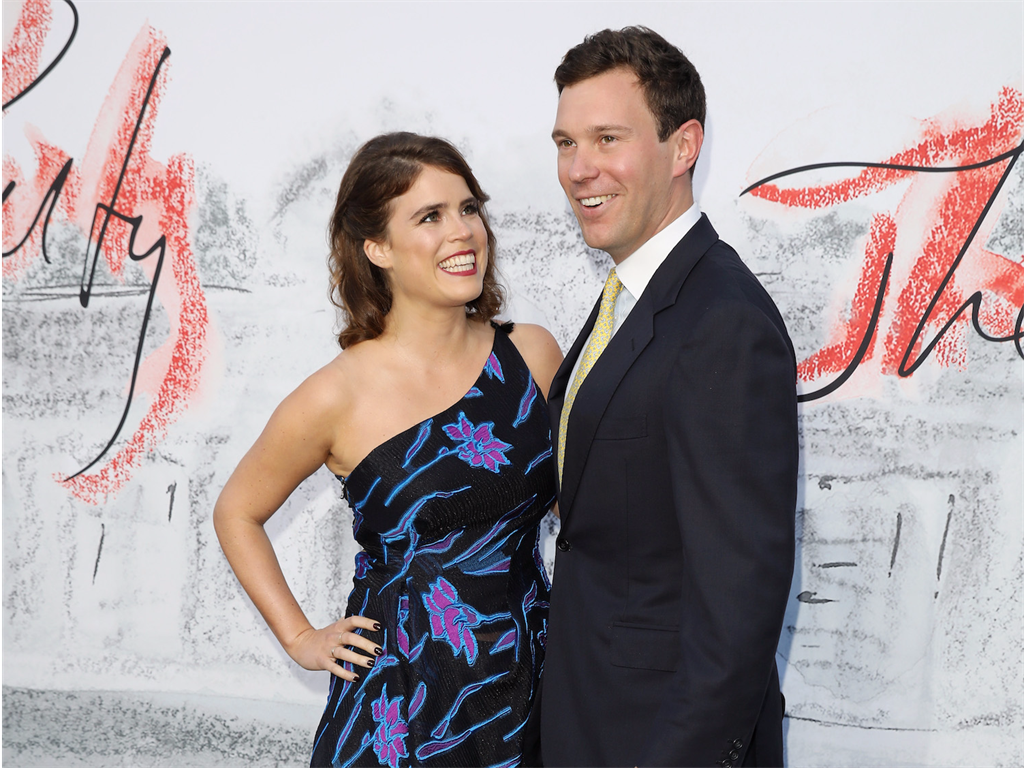 ITV is planning a three-hour broadcast that will start at 9:25AM in the UK (10:25AM in South frica) and will be hosted by Ruth Langsford and Eamonn Holmes.

The wedding will take place in the same venue as Meghan Markle and Prince Harry's ceremony. 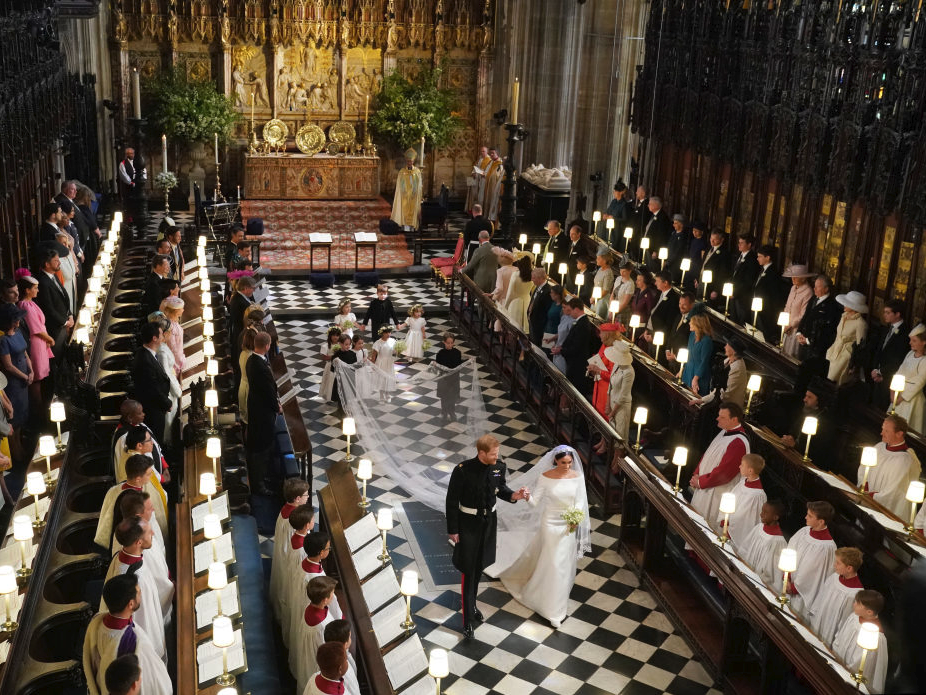 The wedding will take place in St. George's Chapel at Windsor Castle, which can accommodate around 800 guests.

Predictions for wedding gown designers are already starting to roll in. Though nothing has been confirmed, Eugenie told British Vogue that the gown will definitely be a British-based designer. Erdem, Vivienne Westwood, and Ralph & Russo have been the most speculated designers in the rumor mill so far.

The tiara - known unofficially as the York Diamond Tiara - first made it's appearance when Eugenie's mother Sarah Ferguson married Prince Andrew in July 1986.

According to The Court Jeweler, the tiara was commissioned from Garrard & Co. and was a gift from the queen and Prince Phillip. It features diamond-covered leaf details and an elegant, classic design.

Eugenie's sister Princess Beatrice will serve as maid of honor. Eugenie and Beatrice revealed the news in an interview with British Vogue.

"Euge is amazing," Beatrice told British Vogue. "She's a very modern bride. It's going to be a great day."

Prince George and Princess Charlotte are expected to be a part of the ceremony. Charlotte was part of the bridal party for Markle's wedding, while George was a page boy, and Express reported that they'll likely take on the same roles for Eugenie's wedding.

The guest list is expected to be fairly star-studded. Harper's Bazaar reports that celebrities such as George and Amal Clooney, Ellie Goulding, and Elton John are rumored to attend.

Like Markle and Harry's wedding, members of the public have been invited to participate. UK residents had the chance to fill out a ballot by August 8 for an opportunity to be among the 1,200 chosen to score an invite. Those who do get a lucky invite will be able to watch the service from the castle grounds.

The couple will take a carriage ride along the castle grounds after the ceremony. 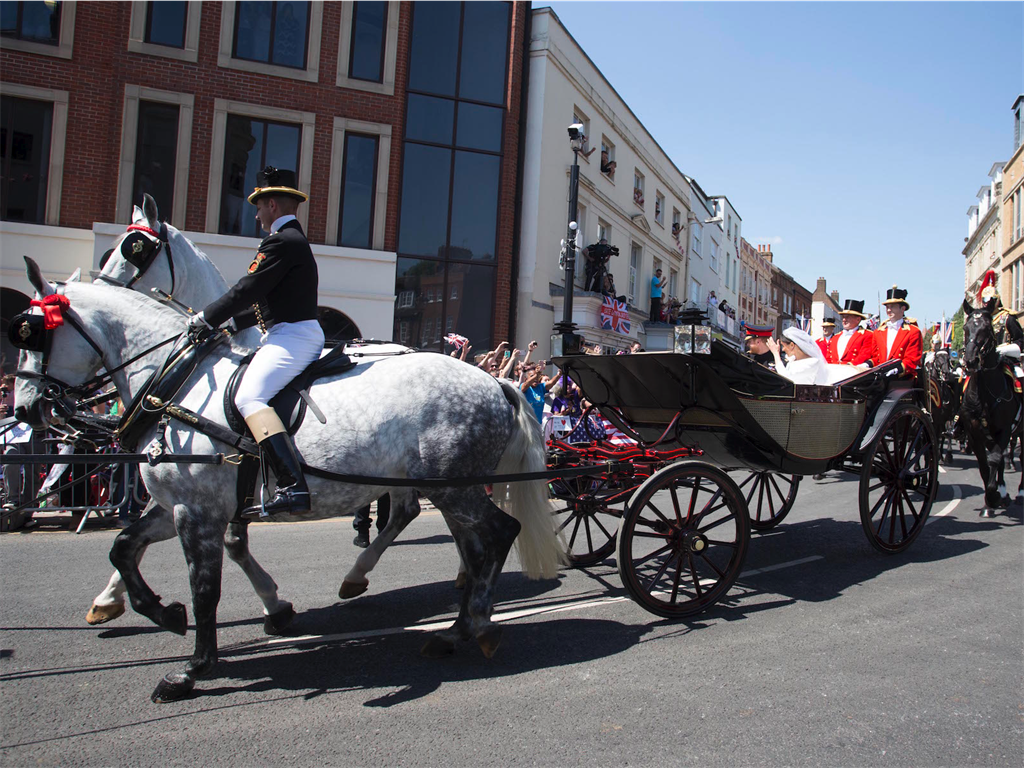 According to a statement released by Kensington Palace, the carriage will travel along the Royal Mews, out of Windsor Castle and on to part of the High Street. It will be slightly shorter than Markle and Harry's, as they will not travel along the Long Walk.

The palace has named Castle Hill, the High Street, and Park Street as the best viewing spots for the public.

Following the carriage procession, the queen will hold a reception at Windsor Castle. HELLO! reports that a second funfair-themed reception is planned for the following day, though this second reception has not been officially confirmed.

Eugenie and Brooksbank want the wedding to be plastic-free.

"My whole house is anti-plastic now. Jack and I want our wedding to be like that as well - we've got to look after this planet," Eugenie told British Vogue.

The wedding will reportedly cost taxpayers around £2 million, though this has yet to be confirmed by the Palace. Daily Mail recently reported that the wedding's budget may have nearly doubled due to extra security measures. The original amount was expected to be paid by the couple's parents, but the extra funding is rumoured to be coming from taxpayers.

Not everyone is happy with this possibility, as thousands have signed a petition asking the British government "to commit no public money to the wedding."

Eugenie will get a brand new title after the wedding, but Brooksbank likely will not. According to Hello!, Brooksbank will not be receiving a title since Eugenie is not considered a "working royal" as part of the York bloodline.

You can already buy commemorative merchandise for the wedding. The Royal Collection Trust has started selling teacups, tea towels, and other forms of merchandise featuring the bride and groom's initials.