The Daily Mail surfaced footage of the Duke of York at Epstein's Manhattan home reportedly filmed in December 2010, after Epstein had faced jail time for underage prostitution charges and registered as a sex offender.

The footage is the latest in the nearly 20 years of documented contact between Andrew and Epstein, a time identified to have overlapped with Epstein's alleged recruiting and eventual abuse of underage girls by him and his associates.

The Duke's name was in Epstein's "Little Black Book" and on flight logs for the financier's plane. Buckingham Palace has never denied a friendship between Epstein and Andrew but has repeatedly denied he had sexual relations with any underage girls.

On August 24, Prince Andrew released a statement through Buckingham Palace that said he met Epstein in 1999 and saw him "infrequently and probably no more than only once or twice a year," including after his 2010 release from prison. The Duke of York called it "a mistake and an error" to see Epstein after his first conviction of soliciting minors for prostitution.

Andrew also said in the statement that he stayed in "a number" of Epstein's residences, but that he did not "see witness, or suspect" any of the criminal behaviour that led to his June 2019 indictment.

Here's a look at the pair's connections through the years.

Epstein and Andrew were reportedly introduced in the 1990s by Ghislaine Maxwell, Epstein's then-girlfriend and accused "madam." Epstein and Prince Andrew were reportedly introduced in the 1990s by Ghislaine Maxwell, Epstein's then-girlfriend, The Guardian reported in 2015. The pair formed a close friendship through the late 90s and early 2000s.

The Daily Mail reported that in June 2000, Epstein and Maxwell attended the Dance of the Decades, a massive celebration at Windsor Castle hosted by the Queen to mark Prince Andrew's 40th, Princess Anne's 50th, Princess Margaret's 70th, and Prince William's 18th birthdays.

In the following years, the Prince Andrew reportedly hosted Epstein and Maxwell for shooting parties at Sandringham House, the Queen's country retreat in Norfolk.

He also hosted Epstein and his entourage at Balmoral - the Queen's estate in Scotland - for a night about 20 years ago, the Daily Mail reported, citing an unnamed woman who was part of the trip. She was a model in her 20s at the time.

The employee said that the prince attended naked pool parties, where he regularly enjoyed massages by a harem of adolescent girls.

Prince Andrew said he "neither attended nor was aware of any naked pool parties," Vanity Fair added.

The duke publicly stood by Epstein through jail time and his registration as a sex offender. The Daily Beast reported in 2019 that Andrew was a regular guest at Epstein's Upper East Side mansion, but was particularly a star guest at a dinner party around the year 2000, where Epstein called the prince "Andy," and was "clearly confident" in his presence among 16 other guests.

"He wanted to show how comfortable he was in his presence, and make clear that while he was a guest of honour, he was a regular, routine, and repeat guest," the source told the Daily Beast.

After Epstein was released from a 13-month prison sentence and registered as a sex offender in 2008, Andrew was a public fixture at his side as he made his debut back into society, including at a party that was reportedly also attended by the likes of Katie Couric and George Stephanopoulos.

However, the Duke's relationship with Epstein turned up some consequences for his standing among the British elite.

In 2011, Andrew was forced to step down after serving 10 years in his position as the special UK representative for trade after his friendship with Epstein sparked calls for him to resign.

According to a 2011 Vanity Fair article, Andrew even told a friend who objected against his friendship with Epstein that they were "such a puritan" and that he was "going to be loyal to him." 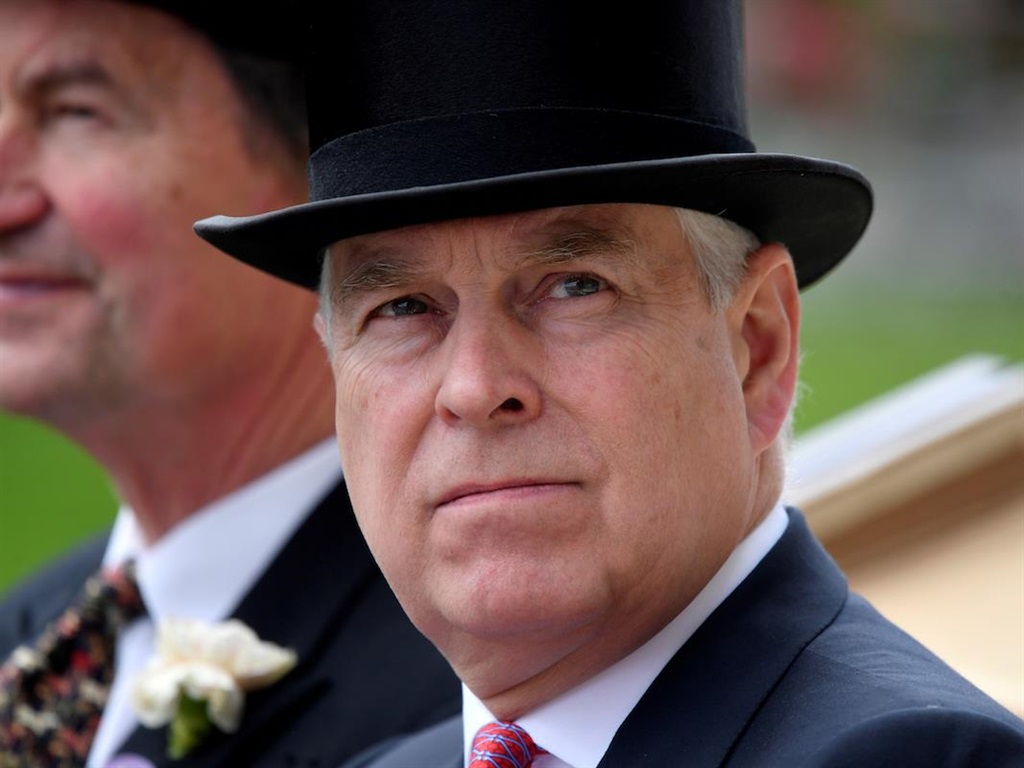 "After Jeffrey was convicted, I phoned Andrew and told him, 'You cannot have a relationship with Jeffrey. You can't do these things.'

"And he said, 'Stop giving me a hard time. You're such a puritan.'

"From there, our conversation descended into a screaming match, and finally Andrew said, 'Leave me alone. Jeffrey's my friend. Being loyal to your friends is a virtue. And I'm going to be loyal to him.'"

Epstein was convicted of sex crimes and registered as a sex offender in 2008, three years before the Vanity Fair article, and at a time when many of Epstein's former associates had already distanced themselves from him.

Buckingham Palace declined to comment on the Vanity Fair report.

Allegations against the Duke himself massively complicated his public relationship with Epstein. Virginia Roberts Giuffre said in 2011 that after she was recruited to give Epstein massages at 15 years old, she was trained as a prostitute for many of the financier's friends, including the Duke.

Though Epstein wasn't reportedly present, documents obtained by The Guardian in 2015 detailed that the sexual encounters took place when Roberts Giuffre was 17, and she was instructed to "give the prince whatever he required."

A 2015 report by the UK's Daily Mirror quoted a 2014 joinder statement in which Giuffre said she had sex with Prince Andrew in a bath.

"Epstein's purposes in 'lending' Jane Doe (along with other young girls) to such powerful people were to ingratiate himself with them for business, personal, political, and financial gain, as well as to obtain potential blackmail information," the court documents said.

Buckingham Palace officials told The Guardian at the time that the allegations were "false and without any foundation."

New charges against Epstein renewed scrutiny of his connections to the Duke. The connections between Epstein and Andrew resurfaced with the unsealing of documents, made public in August 2019, that alleged the British royal made sexual advances on women recruited for him by Maxwell.

In a separate incident from previously reported accusations that Giuffre was paid to have sex with Prince Andrew, Sjoberg told investigators that Prince Andrew groped her breasts while Guiffre sat beside them and was groped by a puppet created in Prince Andrew's likeness.

Sjoberg, then 21, told the Daily Mail in 2007 that Prince Andrew had groped her at Epstein's seven-story townhouse in New York City while the two posed for a photo at a party.

"I sat on his lap - and he put his hand on my breast," Sjoberg said.

Less than a month after the documents were unsealed, The Daily Mail revealed a video that was reportedly taken outside Epstein's Manhattan home in December 2010. In it, the Duke briefly peered out and waved from behind the mansion's front door as a young woman leaves the mansion.

Despite the tensions through the years, the Palace has stood behind Andrew. After Epstein died by suicide on August 10 while awaiting trial for charges of sex trafficking and conspiracy, Buckingham Palace released a statement that rebuffed any suggestions the Duke was involved in any illegal activity alongside Epstein.

Andrew said in the statement that allegations he was involved in any "exploitation" were "abhorrent."

"The Duke of York has been appalled by the recent reports of Jeffrey Epstein's alleged crimes," the statement said. "His Royal Highness deplores the exploitation of any human being and the suggestion he would condone, participate in or encourage any such behaviour is abhorrent."