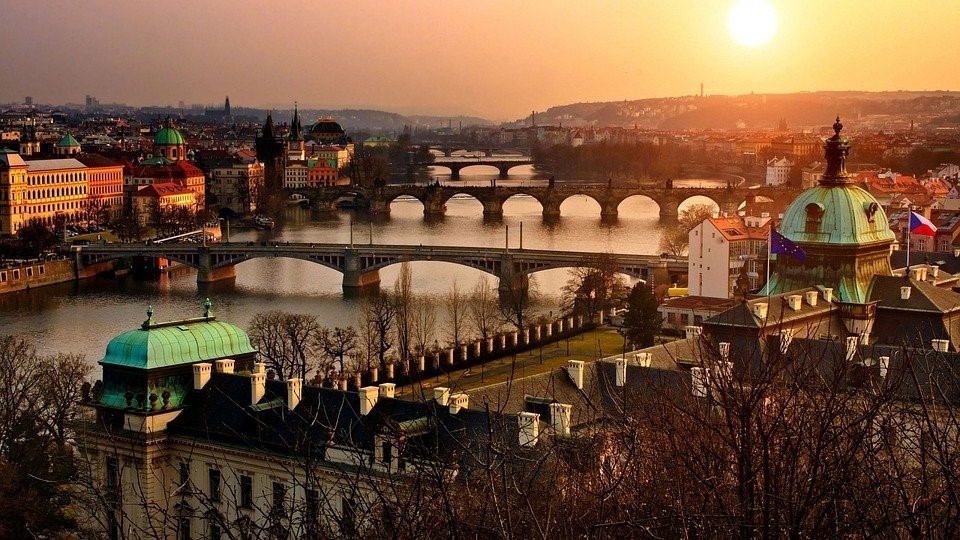 The mayor of Prague is under police protection after reports that poison-carrying Russian assassins planned to kill him - apparent retaliation for his campaign to tear down a statue of a Soviet general in Prague.

Zdenek Hrib received extra protection around the same time as the alleged plot, reported on Sunday by the Czech media outlet Respekt.

He confirmed the enhanced security in an interview with Russia's independent Echo of Moscow radio station, translated by the Guardian, though he did not give details.

According to Respekt, the Russians were intelligence operatives who were detained attempting to enter the country carrying the deadly poison ricin.

Hrib suggested that it was linked to his removal of a statue from Prague's District 6 of Field Marshal Ivan Konev, the Soviet officer who liberated the city from Nazi control in 1945.

In the Echo interview he said: "I should say that it is very important for me to stand by my belief although it means a risk for my life."

Hrib also wants to rename a square near Prague's Russian embassy in honor of Boris Nemtsov, an anti-Putin figure who was killed near Moscow's Red Square in 2015. Respekt's report said that a Russian travelling with a diplomatic passport was detained at Prague's airport. The report implied - as would be typical in such operations - that he was not working alone.

Hrib was already under protection at the time, and many speculated that he was the intended target.

The same day the Konev statue was taken down, April 3, the Russian embassy sent a message to the Czech Foreign Ministry.

It said: "The dismantlement of a monument to Marshal Ivan Konev will not be left without the Russian side's appropriate response", according to Radio Free Europe. The statue is due to be moved to a museum.

Russian diplomats have used the 75th Anniversary of the end of World War Two to highlight the Soviet Union's contributions to the war effort, and have responded angrily to criticism of Russia's role.

Czech officials declined to comment on the alleged plot.

However, an intelligence official in neighbouring Slovakia told Insider it was clear that a "security incident or threat had occurred".

The official, who was not authorised to speak on the record, said: "The police protection order is real and based on a legitimate threat according to the Czech police.

"We have not confirmed any specifics like poison or ricin, but the activity does appear to be centered around the Russians and threats to Hrib. The Russians are obviously known to use poison but we have not determined if that is the case here."

The source was referencing a long-held belief by intelligence services that Russia uses poison to target enemies.

Ricin itself was first used in an assassination of a Bulgarian dissident Gregori Markov when an assassin believed to be linked to the Soviet KGB security service shot a pellet of ricin into his leg with an umbrella as he was walking across London's Waterloo Bridge in 1978.

In 2006, defected Russian intelligence agent Alexander Litvinenko died after being poisoned by a radioactive substance in London. A UK public inquiry concluded that his killing was likely ordered by President Vladimir Putin.

In 2018, two Russian intelligence operatives were accused of poisoning Sergi Skripal, another defected Russian officer residing in Salisbury, with nerve gas sickening half a dozen people and killing one.

The same unit of Russian intelligence - identified by open source investigators as Unit 29155 - has also been accused of a 2015 poisoning, also with nerve gas, of Bulgarian arms dealer Emilian Gebrev and his son, both of whom survived.