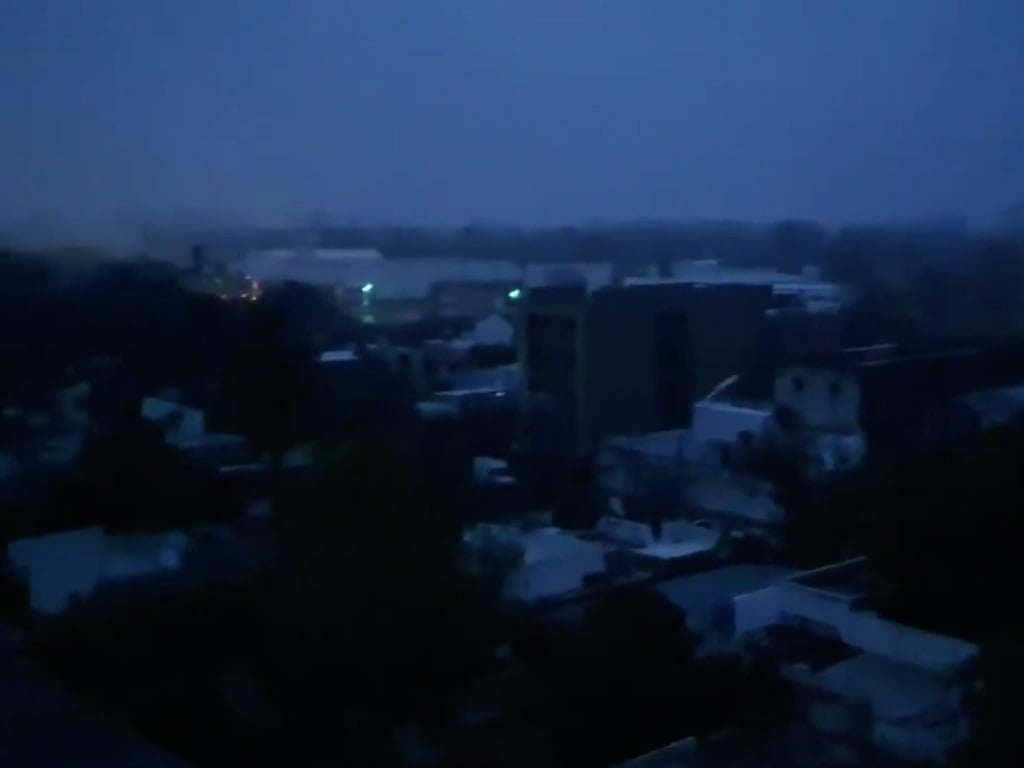 A city in Argentina without power.
Twitter/@lucas_m_rod
Millions of people across South America woke up on Sunday, June 16, to a completely dark world. The BBC reported that the entire countries of Uruguay and Argentina, a combined population of 48 million people, were left totally without power. The outage affected parts of Brazil and Paraguay, as well.

Tweets from Edesur Argentina, one of the country's largest energy providers, explained that "a massive failure in the electrical interconnection system" caused the power outage.

As of now, the country is slowly beginning to restore power, a process that will take "several hours." Edesur shared a message from Argentina's Energy Secretary, that stated that a "failure in the Argentine Interconnection System (SADI)" is at fault.

People have taken to social media and posted videos and photos of their darkened cities with the hashtag #SinLuz.

VIDEO: ???? Residents of Uruguay's capital #Montevideo wake up to no electricity after a massive electricity cut left Argentina, Uruguay and some parts of neighbouring countries in the dark, according to Uruguayan and Argentine electricity companies #apagon #SinLuz pic.twitter.com/tvyxuMjTts

#SinLuz #shutdown @elonmusk we need your help in Argentina. pic.twitter.com/seFGvV0FoH