The British pound is set to record its steepest monthly decline in almost three years against the dollar due to renewed fears of a no-deal Brexit. Prime Minister Boris Johnson has vowed to pull the UK out of the European Union by the end of October, with or without a deal, and refuses to discuss a revised agreement with EU leaders unless the withdrawal treaty is reopened.

"There is now a very real chance that the pound will fall to $1.20 and even below," said Neil Wilson, chief market analyst for Markets.com. "Remember the previous post-2016 low was before no-deal was on the table - it was all talk of a hard versus soft Brexit - no deal wasn't even being discussed."

Sterling fell about 0.5% against the US dollar to $1.2154 on Tuesday. It has dropped 4.3% this month, leaving it on track for its biggest monthly drop since October 2016. The pound also fell 0.5% against the euro on Tuesday, and has shed 2.7% against the common currency over the past four trading days.

It is now down almost 3% against the rand since the start of this month, and 9% since the beginning of June.

"The pound has dropped like a hot potato, as the likelihood of a no-deal Brexit becomes increasingly plausible," said Ipek Ozkardeskaya, senior market analyst at London Capital Group. "The worst is probably being priced in right now, as the UK is sitting between two chairs and one of the chairs is about to be removed." 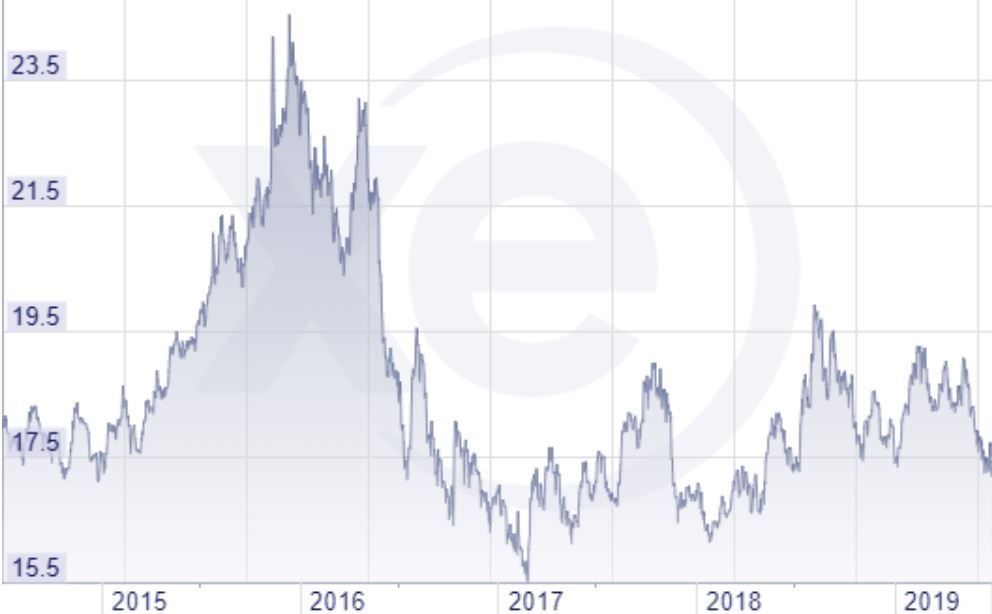