Porsche offers 15 versions its iconic 911 - here's a guide to all of them. If approaching Porsche's 911 sports cars makes you feel a little lost, you aren't alone. Visually, they are quite similar to each other, and sometimes what might be considered a small detail about them can create a whole separate model.

The 911 is currently in its eighth generation, called the 992, which replaces the 991 generation. The changes between 991 and 992 aren't huge, except that all Carrera models are now turbocharged from the factory. You cannot buy a naturally aspirated — meaning without a turbocharger — 992 Carrera model.

Porsche 911s are known for their engaging driving characteristics and sporty nature. Certain 911s are also some of the last sports cars you can get with a manual transmission, which is a big plus for those looking for something fun to drive.

Which 911s are for sale? Which one is right for you?

Keep reading to find out. The Carrera is your base-model 911. From its 3.0-litre, twin-turbocharged flat-six, you get a claimed 379 horsepower. That power is sent to the rear wheels. Porsche estimates it to be able to hit 100 kph from zero in four seconds. Top speed is an estimated 294 kph.

The base Carrera does not come with the option for a manual transmission. Instead, Porsche's eight-speed PDK dual-clutch transmission is offered as standard. 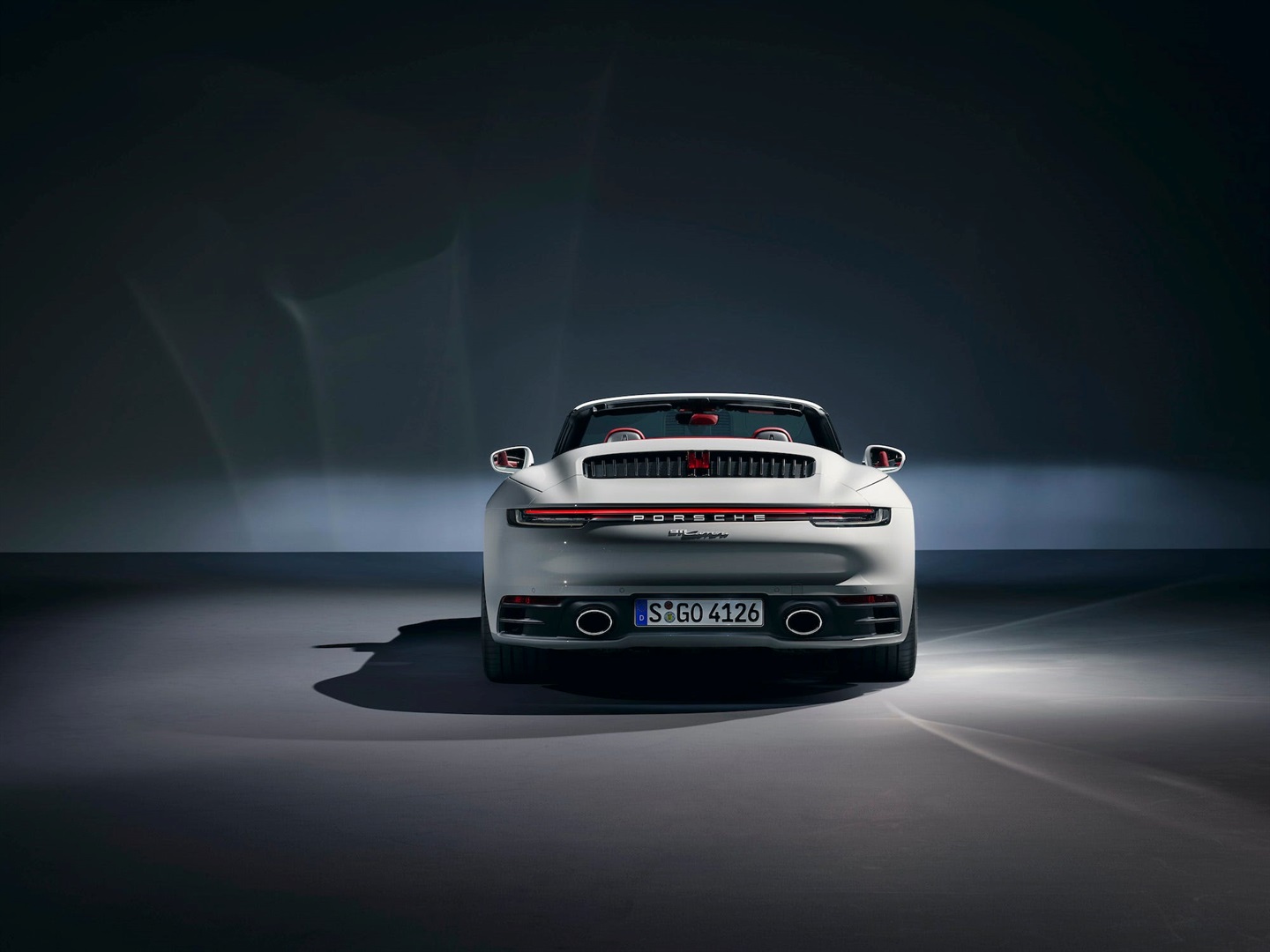 This is the convertible version of the Carrera. Engine size and claimed power output remain the same, though its 4.2-second estimated sprint from zero to 100 kph as well 289 kph top speed are slightly slower than the coupe's.

The Carrera Cabriolet is also not available with a manual transmission. The Carrera 4 is your all-wheel-drive Carrera model.

From its 3.0-liter, twin-turbocharged flat-six, the Carrera sends a claimed 379 horsepower and 331 pounds-feet of torque to all four wheels. Only one transmission type is available, and that is Porsche's eight-speed PDK dual-clutch transmission. Porsche estimates the car to hit 100 kh from a standstill in four seconds. Top speed is an estimated 289 kph. The Carrera 4 Cabriolet is exactly as its name suggests: the convertible version of the Carrera 4. Claimed power output remains the same, as well as engine size. But the 4.2-second estimated sprint to 100 kph is a bit lower. Top speed is an estimated 288 kph. The Carrera S is slightly more powerful than the base Carrera. From its 3.0-litre, twin-turbocharged flat-six comes a claimed 443 horsepower. All of that is sent to the rear wheels via either Porsche's eight-speed PDK or a seven-speed manual transmission. Business Insider reviewed a Carrera S with a manual recently and you can read about it here.

Porsche estimates the Carrera S coupe to hit 100 kph in just 3.5 seconds and have a top speed of 307kph. If you want a rear-drive Carrera S that comes with a manual and a convertible top, then the Carrera S Cabriolet is the one for you.

Claimed power output is the same as the Carrera S. But because it's a convertible, the estimated zero to 100-kph and top speed are slightly lower: 3.7 seconds and 306 kph. It's a difficult thing to have to live with, but you'll manage. Think Carrera S power, but with all-wheel drive. That's the 911 Carrera 4S for you. The estimated zero-to-100-kph sprint takes just 3.4 seconds and the car has a 306 kph.

And, yes, the 4S does come with a manual transmission option. 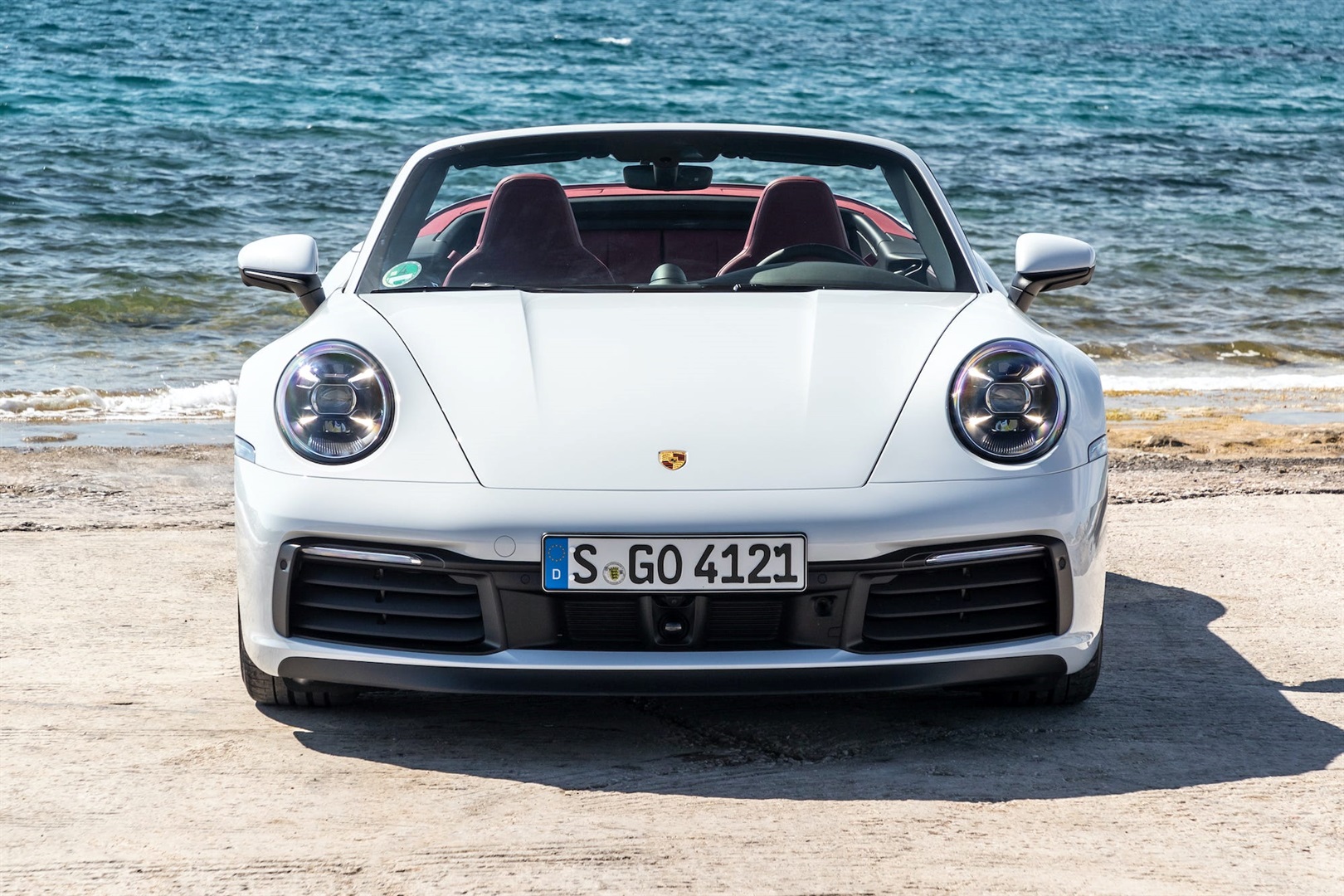 Carrera S power? Check. All-wheel drive? Check. Convertible top? Check. Manual transmission option? Check. That's what you get in a Carrera 4S Cabriolet, along with a car with a long name. 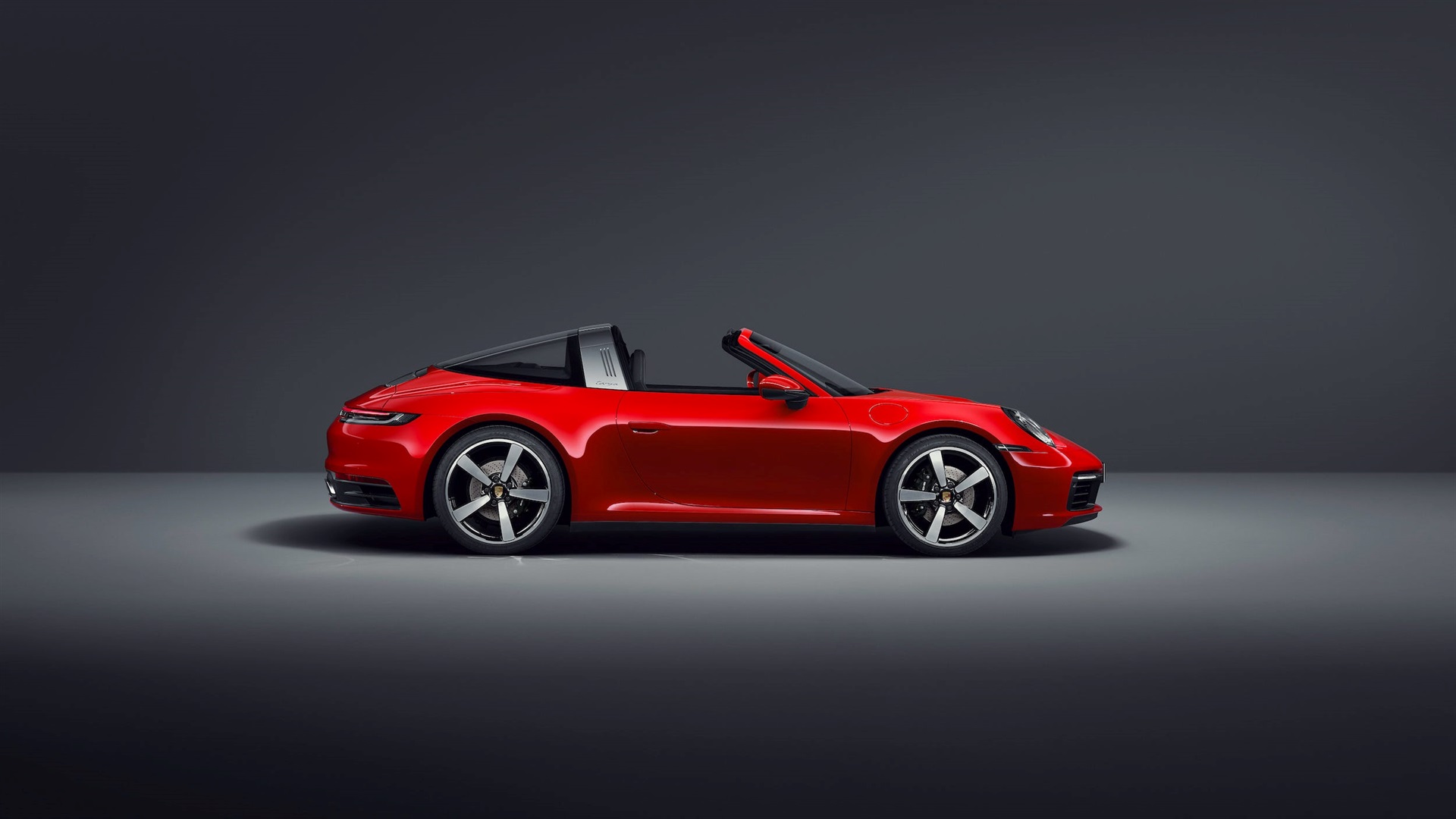 The Targa is similarly an open-air version of the 911; however, it doesn't completely lack a roof. Part of the roof is retractable, but the iconic Targa bar — that U-shaped roof bar behind the driver and passenger — remains fixed.

The Targa top first appeared on 911s in the 1960s. Back then, it made the roofless 911 a bit more structurally sound. Today, the Targa 911 serves as a retro throwback to what became a classic 1960s design. The Targa 4S has the S engine that was discussed before, producing a claimed 443 horsepower and 390 pounds-feet of torque. All-wheel drive is standard here, but you can get it with a manual transmission instead of the typical eight-speed PDK. Underneath the livery, the car is a Targa 4S. So all the stats and specs from the normal Targa 4S carry over. Porsche is building just 992 examples — a number here that represents the 911's current generation. While it might be slightly redundant to have a 911 Turbo (since all the other Carreras are also turbocharged now), Porsche doesn't actually consider the Turbo a Carrera, though the two do look very similar. The Turbo is the next step up under the 911 umbrella, one that punches into supercar territory, whereas the Carrera is considered more to be a sports car.

Aside from reading the badging, you can tell Turbos apart from other 911s because they have giant vents cut into their bodies in front of the rear wheels to better channel air into the engine.

911 Turbos, as their name indicates, are all turbocharged. In the case of the 992 Turbo, it uses a 3.8-liter, twin-turbocharged flat-six that produces a claimed 572 horsepower and 553 pounds-feet of torque. There isn't an option for the manual at all here; all Turbos are fitted with the eight-speed PDK. All have all-wheel-drive in order to cope with the added power.

So what does that extra power get you? Acceleration that feels like it's on par with falling downward. Porsche estimates 2.7 seconds to 100 kph with a top speed of 320 kph. You're probably getting the hang of the formula now. This is the 911 Turbo, but without a roof. Power stays the same, engine size stays the same, the eight-speed PDK and the all-wheel-drive are still standard. And now we arrive at the hallowed 911 Turbo S — the furious and longtime slayer of Italian supercars everywhere. Engine size remains the same (a 3.8-liter twin-turbocharged flat-six) but claimed power output has been kicked up to a nosebleed-inducing 640 horsepower

All-wheel-drive and the PDK transmission are standard — as are a set of carbon-ceramic performance brakes, which you can identify by their yellow calipers.

You can read Business Insider's review of it here. If, for some reason, you also want the wind in your hair while your face is being pulled back from breathless acceleration, Porsche will also sell you a roofless version of the Turbo S.